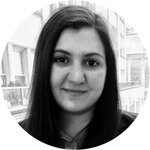 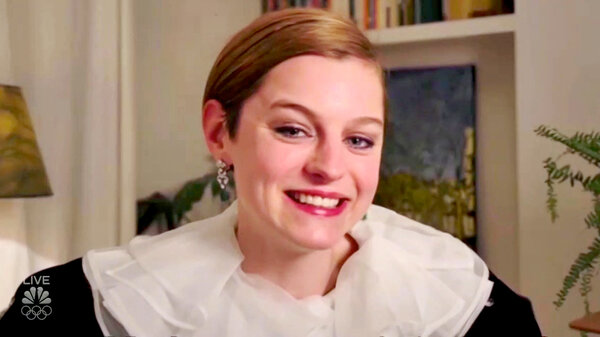 Emma Corrin’s uncanny and sympathetic portrayal of Princess Diana on Season 4 of Netflix’s “The Crown” — aptly nicknamed “The Diana Season” — earned her a Golden Globe for best performance by an actress in a television series, drama. This was her first Golden Globe nomination.

After thanking the H.F.P.A., and the show’s cast and crew in her acceptance speech, she thanked the princess. “Most of all, thank you so much to Diana,” said Corrin, 25, who originated the role and plays the princess from the ages of 16 to 28. “You have taught me compassion and empathy beyond any measure that I could ever imagine, and on behalf of everyone who remembers you so fondly and passionately in our hearts, thank you.”

When she was cast in the role, Corrin was a recent graduate of Cambridge University and a relatively unknown actress. On Sunday night, she beat an impressive roster of nominees including her co-star Olivia Colman, who plays Queen Elizabeth II, and Jodie Comer from “Killing Eve.”

Corrin — who played opposite Josh O’Connor, who returned in Season 4 as Charles, Prince of Wales — dazzled viewers by capturing many of the princess’s mannerisms, like those just-so head tilts, and by tackling some of Diana’s biggest struggles, including her battle with an eating disorder, the disintegration of her marriage and the birth of her sons. But embodying Diana, who died in 1997 at age 36, an international superstar who had been covered relentlessly in the tabloids, was hugely demanding. And so, Corrin decided to make the depiction her own.

“It’s very difficult; it’s a lot to take on and a lot of pressure, especially as we get close to when it comes out,” she told The New York Times last year. “I never went into this thinking I wanted to embody or mimic her,” she said. “I think of her more as a character, and this is my interpretation of her.”

Next season, the role of Diana will be taken over by Elizabeth Debicki, who will most likely portray the princess’s final years.