If there’s one thing more terrifying than an actual horror movie, it’s the stuff that goes on at horror movie sets. From the legendary curse of The Exorcist to a DVD incident involving Steven Spielberg, we’re counting down the creepiest things that happened while filming horror movies. 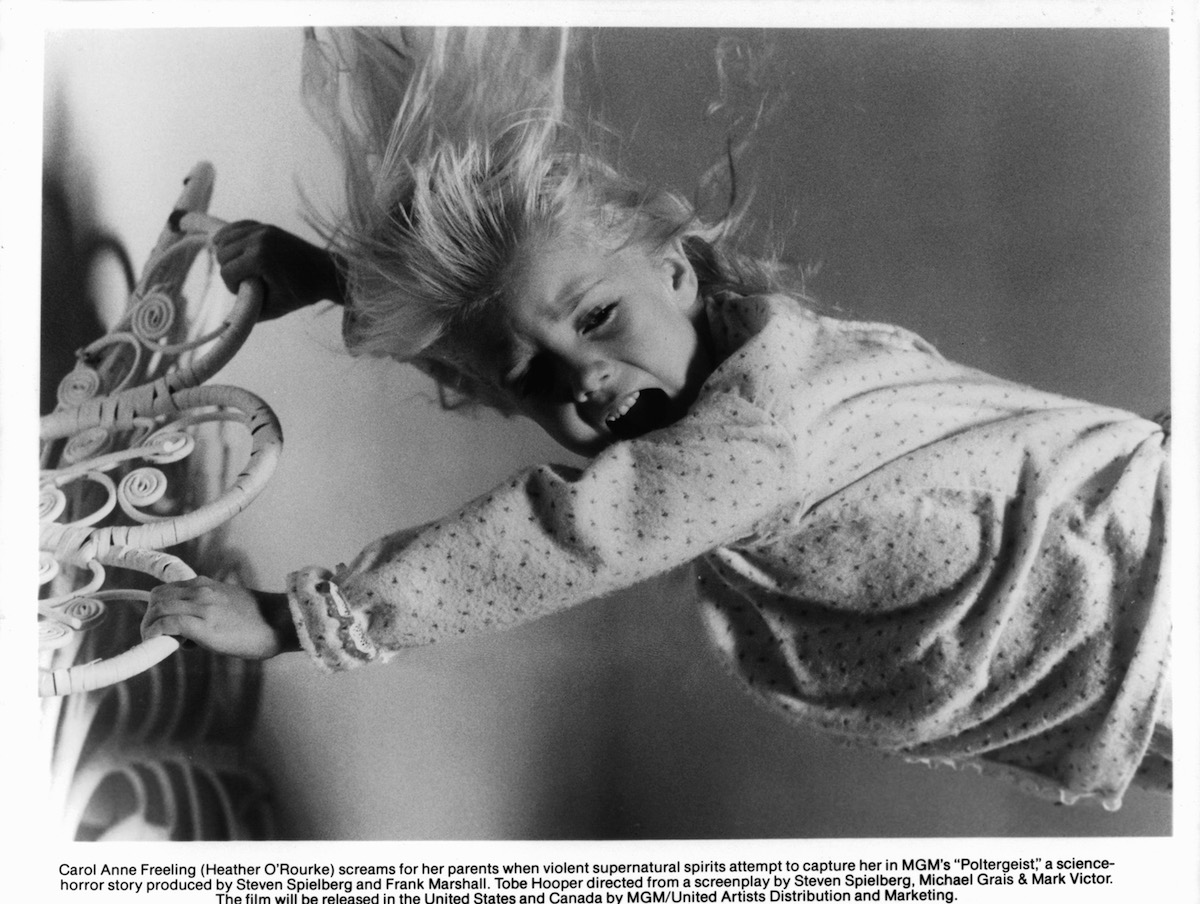 Found-footage franchise classic Paranormal Activity (2007) has a good amount of weird activity reportedly surrounding it. One of the most notable stories involves legendary director Steven Spielberg.

The story goes that Dreamworks was trying to decide whether or not to get involved with the creepy low-budget independent film. In 2009, The Los Angeles Times reported that Spielberg had taken a DVD of Paranormal Activity to his palatial estate in 2008.

He viewed the movie at home, and subsequently, his bedroom door locked. Moreover, it locked from the inside. Finally, and most chillingly, the bedroom was empty.

According to the LA Times, Spielberg promptly hired a locksmith to rectify the situation. He then removed the offending disc from his home and returned it to Dreamworks in a garbage bag.

Poltergeist (1982) was nothing if not terrifying. But the death of star Dominique Dunn at the hands of her ex-boyfriend after the movie debuted convinced some that the film was pure evil. John Thomas Sweeney famously strangled Dunne to death in her West Hollywood driveway, just days after the movie’s debut.

According to Wikipedia, Sweeney served just three and a half years in prison for the crime.

Some dismissed the accidents as a freak occurrence. But another death subsequently happened during the filming of Poltergeist III in 1988. Heather O’ Rourke died during production of the film. The young actor died while undergoing surgery. You can find Dominique Dunne’s grave in Westwood Memorial Park in LA. Likewise, Heather O’Rourke’s grave is in the same cemetery.

Crew members got sick on the set of ‘Insidious’

According to Screenrant, James Wan’s supernatural thriller had a jolt of fear when both crew and cast were sick on the hospital set of Insidious (2010).  Additionally, the crew reported hearing things from empty set areas.

In the same vein, The Exorcist director William Friedkin requested that a priest perform set blessings.

Actor Jack Macgowran finished filming on the 1973 horror movie classic and subsequently died. Likewise, a security guard and a crew member also died. Finally, the set of The Exorcist inexplicably burned down, leaving no doubt in fans’ minds that evil was afoot and a curse was at work.

Per Looper, a pigeon’s collision with a circuit box caused the fire that burned the Exorcist house down. One room survived — that of possessed main character Regan. ​​”Interestingly, (the fire) was while we were shooting the exorcism scene,” Friedkin said years later, via the Oscars YouTube channel).

“That’s the only thing that happened during the entire film that I thought was some kind of bad karma.”

And we’re officially freaked out.