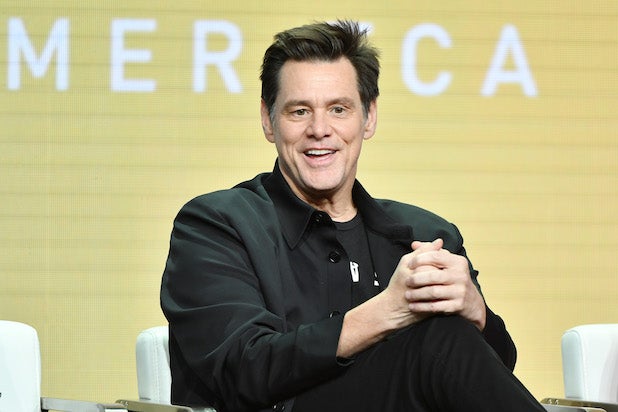 Jim Carrey’s latest political cartoon is another response to the recent Capitol Hill riots by a  mob incited by Donald Trump that has since sparked new talks about impeaching the sitting President for a second time.

The cartoon depicts Trump supporter Adam Christian Johnson, the 38-year-old man who was identified after a photo of him walking out of the Capitol with Speaker Nancy Pelosi’s lectern went viral. Johnson, a father of five, was identified by his Florida hometown newspaper The Bradenton Herald.

Carrey, who is known for including subtle but cheeky details in his political drawings, tweeted the cartoon with no caption other than the hashtag “#f*ckedforlife” and drew Johnson’s hat to read “Rump” instead of “Trump” — an additional dig at Trump and his supporters. Also included in the art are six fingers on Johnson’s hand that’s holding the lectern and a skull and crossbones instead of a “45” on the front of Johnson’s hat.

Carrey’s political works in the past few months have ranged from celebratory to disdainful. He recently to the discourse surrounding the Capitol Hill riots with a cartoon that mocked Trump and served as a condemnation for his actions when Trump supporters stormed the Capitol during a session of Congress that was intended to certify Biden’s presidency win. He added his signature details to that cartoon, depicting Trump as a frowning, colorful clown with a golf ball for a nose and referring to him as “The Killer Clown.”

According to NBC News, Johnson was “charged with entering or remaining in any restricted building, theft of government property and violent entry on Capitol grounds” for his actions. Tampa Bay Times reports that he was released Monday on a $25,000 bond. Johnson is scheduled to appear in court in Washington D.C., the day before President-elect Joe Biden’s inauguration ceremony.