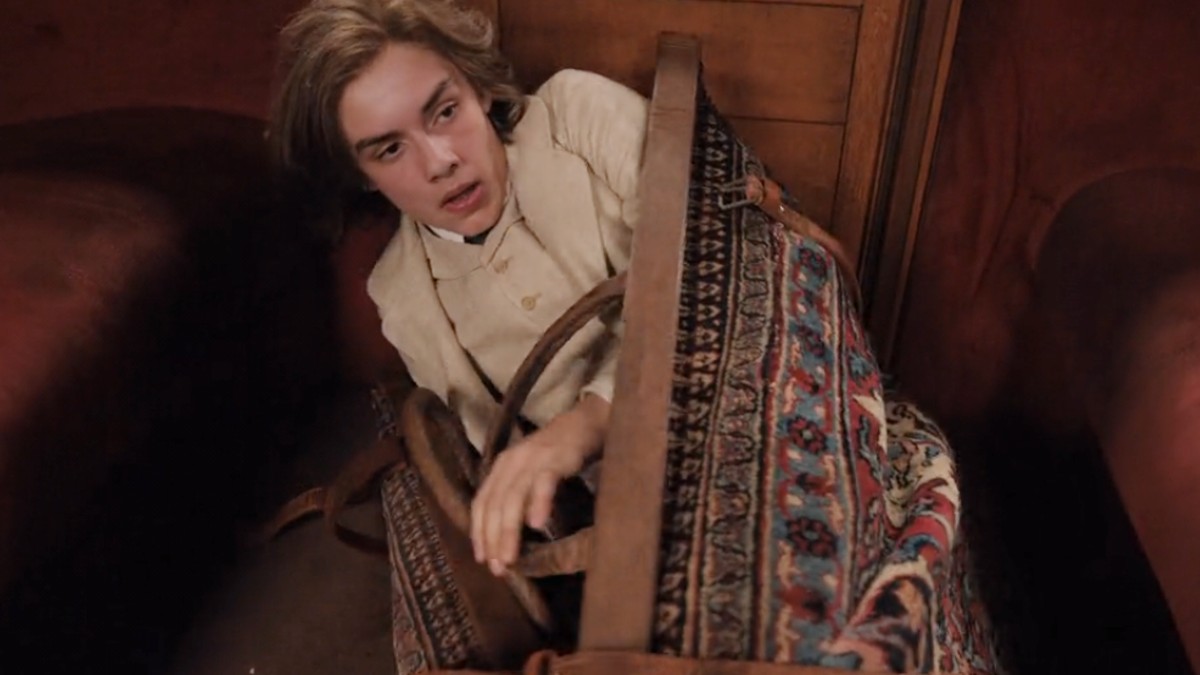 Louis Partridge is starring as Lord Viscount Tewksbury in the new movie, Enola Holmes, and we’ve got all the details about the young English actor, right here.

Enola Holmes is a brand new Netflix movie that was released yesterday, September 23, and has so far received some rather glowing reviews, including one from Monsters and Critics.

Enola Holmes tells the story of Sherlock Holmes’s teenage sister, Enola, who embarks on a detective case in old-timey England with the same tenacity and skill as her more famous brother.

The movie has been adapted from one of the young detective novels written by Nancy Springer. Enola is played by Millie Bobby Brown (who found fame as Eleven in Stranger Things), and Henry Cavill plays her brother Sherlock.

Enola’s life is turned upside down when she meets the young Lord Viscount Tewksbury (Partridge) on a train. It turns out somebody is trying to kill Tewksbury, and from that point on, the lives of Enola and the young aristocrat become intertwined.

The pair form an unlikely alliance as they try to save Tewkesbury’s life and track down Enola’s mother. Despite their differences, Enola is direct and full of action while the Viscount is a gentle, thoughtful chap; the pair form a strong bond.

The character of Tewksbury is played with great aplomb by Louis Partridge, but who is this young English actor?

Who is Louis Partridge?

Partridge is seventeen years old and is from London, England. He first fell in love with acting when he was just 12-years-old, and since then, he has been juggling auditions with his school work.

In an interview with MTV, he spoke about how he couldn’t spend too long celebrating after hearing he’d got the part for Enola Holmes as he had to study for an exam in English literature.

Partridge has not been to acting school, but he says he was heavily influenced by Leonardo DiCaprio, particularly in the movies Shutter Island and The Aviator. He also says he’s a big fan of Timothee Chalamet.

As you might expect from an actor, he’s quite creative and is currently learning to play the piano. Otherwise, he says he really likes 80s music and is a fan of The Cure, The Smiths, and The Strokes.

His most significant role before now was on the TV series Medici when he played Piero de Medici. He also appeared as Young Henry Bates in Amazon Adventure. He also worked on Paddington 2 as G-Man; however, sadly, his scene was eventually cut.

You can find Louis on Instagram, where he has the handle @Louispartridge_ He doesn’t seem to be on any of the other major social media platforms, not yet anyway.

He took to Instagram yesterday to express his excitement about the release of Enola Holmes, “it feels like Christmas Eve of a birthday or something.” He also thanked co-star Millie Bobby Brown and everyone who believes in him. 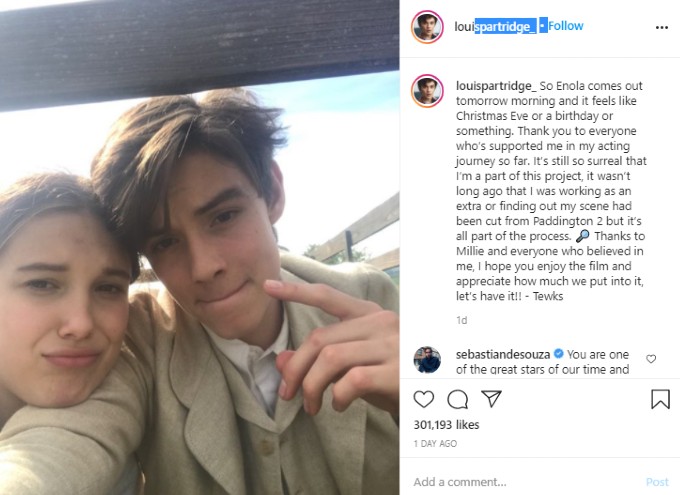 Partridge is not a prolific poster but check out his feed to see some cool pics of the actor in some stunning locations. Also, check out the pics of his pet dog, which he enjoys walking around his London neighborhood. 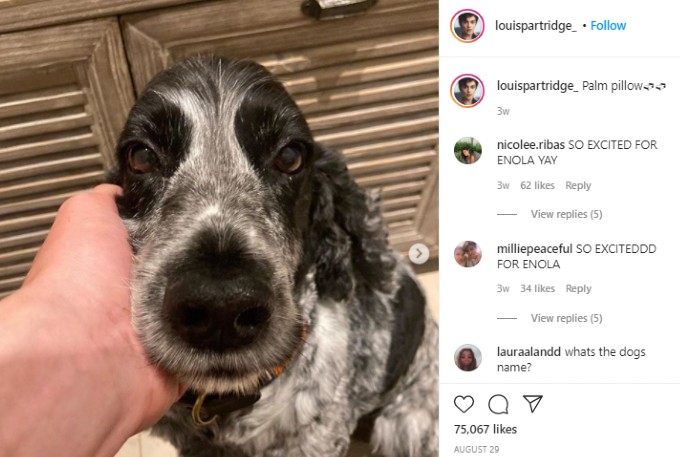