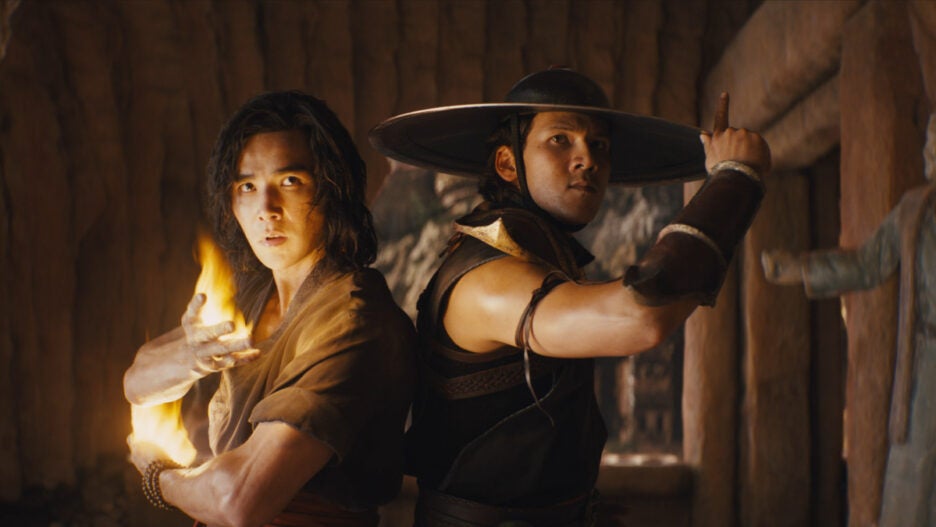 Much has been made of the fact that 2021’s “Mortal Kombat,” the second feature-film adaptation of the popular video game, has an R rating — but strip away the exaggerated gore and the rough language, and you’re left with a Mighty Morphin Power Rangers movie with epic delusions. That’s not to say that this broad and silly spectacle doesn’t provide its share of goofy entertainment, but it may well not be the movie that fans of the game want it to be.

(To clarify: I’ve never played the game or seen the 1995 version that starred Christophe Lambert.)

Viewers interested in martial-arts action are bound to find the combat-with-a-C to be lackluster in that way that hand-to-hand fighting tends to be when it gets drowned out by digital effects. More likely to have fun with this latest “Mortal Kombat” are Sam Raimi enthusiasts who can appreciate the comedy in over-the-top geysers of fake blood, which the film unleashes with increasing regularity as the fights get more serious.

There’s been an ongoing conversation about the dramatic limitations of turning video games into motion pictures, and suffice it to say that screenwriters Dave Callaham (“Wonder Woman 1984”) and Greg Russo (adapting the game created by Ed Boon and John Tobias) haven’t cracked the code, serving up another movie in which characters are defined solely by their abilities and set off on a series of battles that lead up to a climactic skirmish.

MMA fighter Cole Young (Lewis Tan, “Into the Badlands”) has a dragon-shaped birthmark that signifies he is the last surviving descendant of 17th century master ninja Hanzo Hasashi (Hiroyuki Sanada, “Avengers: Endgame”), who was murdered by the evil Bo-Han (Joe Taslim, “The Raid”). (Bo-Han, still around in the 21st century and now hip to the importance of branding, has renamed himself Sub-Zero because of his abilities to create ice spontaneously. And since the game character is masked, alas, so too is the charismatic Taslim.) 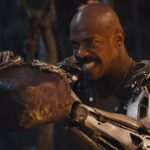 Jax (Mehcad Brooks, “Supergirl”) and Sonya Blade (Jessica McNamee, “The Meg”) have searched for Cole and others who bear the same mark because something-something tournament of champions, something-something the fate of the world. This involves getting Australian dirtbag Kano (Josh Lawson, “Superstore”) to take them to the temple of Lord Raiden (Tadanobu Asano, “Thor: Ragnarok”), where Cole and Kano will discover their hidden powers and then fight and fight and fight.

Having never played the game, I could still tell that the film is littered with Easter eggs, whether it’s characters loudly introducing themselves, periodic shouted admonitions to “Fight!” or the fact that Raiden can transport people from place to place with magical lightning in the way that characters appear in new levels during gameplay. Without any affection for this IP, however, my viewing of “Mortal Kombat” mostly wavered between ponderous set-up and giggly amusement.

First-time director Simon McQuoid doesn’t demonstrate all that much finesse in the fighting scenes, often putting his camera too close to the action, or filming that action from awkward angles, or relying on CG (characters appear and reappear, or encase people’s arms in ice, or fly around on wings) so much that it saps the combat of any organic energy. Where he does excel is in the deaths, which are often so gruesome that they become a kind of Grand Guignol dark comedy. Whether it’s a bad guy’s head being crushed like a watermelon between two heroic fists, or the squishy results of Kung Lao (Max Huang) turning his weaponized hat into a buzzsaw, the kills in “Mortal Kombat” are so extravagantly bananas as to be hilarious.

But is this meant to be comedy? Apart from the occasional one-liner — Cole observes that the titular clash is misspelled, and Kano is a raging ball of id — the film seems to want to take this nonsense deadly seriously. Even on a pure action-movie level, the violence is only interesting when it’s so over-the-top that it reaches the realm of satire.

All of which is to say, I was entertained by “Mortal Kombat” more often than I wasn’t, but I can’t guarantee that I had the kind of good time that the filmmakers intended to create.

“Mortal Kombat” premieres April 23 in theaters and on HBO Max.