Star Wars fans are currently in overdrive after the last trailer for The Rise of Skywalker was unveiled overnight.

However, the clip didn’t reveal when tickets would be available to UK cinema-goers.

It has now been confirmed tickets for Star Wars: The Rise of Skywalker will go on sale this morning at 9am.

The trailer dropped last night during the broadcast of ESPN’s Monday Night Football, which kicked off at 8.15pm EST in the US. 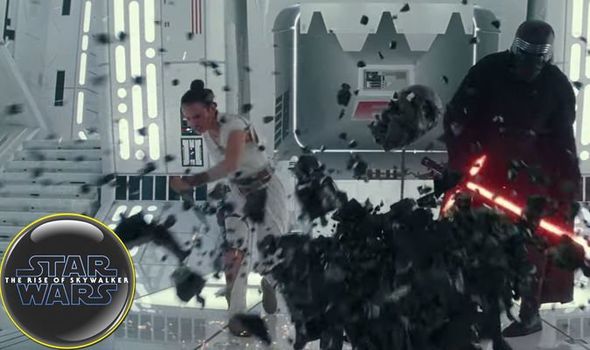 Tickets went on sale instantly in the States, while UK fans have had to wait with baited breath for this morning to come around.

Meanwhile, in Star Wars: The Rise of Skywalker trailer Rey looks to be trained by Princess Leia following the death of Luke in The Last Jedi.

Rey (played by Daisy Ridley) is seen continuing her Jedi training in a jungle, one shot showing her leaping across a ravine.

Later in the trailer, she is shown in an emotional embrace with Leia (Carrie Fisher), surrounded by the same leafy environment.

This appears to confirm Leia has taken up the mantle from Luke (Mark Hamill) in helping to train Rey as a Jedi.