That’s the question hanging in the air Tuesday after the Sundance Film Festival announced a 2021 program full of intriguing independent-film titles, including the racial-issues drama “Passing,” starring Tessa Thompson and Ruth Negga, the feminist-nuns documentary “Rebel Hearts,” and the only-at-Sundance oddity “Cryptozoo,” a quirky animated film about a zoo that houses mythological creatures, featuring the voice of Michael Cera. 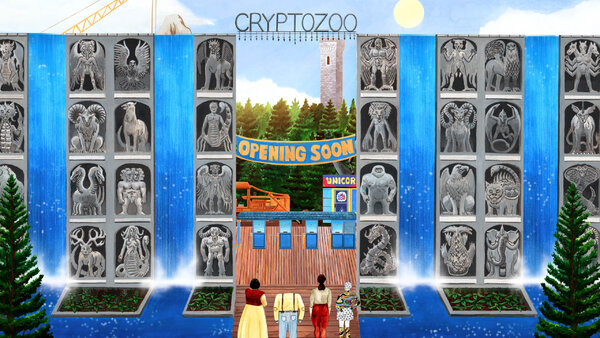 But the sprawling festival, which typically unspools over a frigid week and a half in Park City, Utah, has been forced to go mostly online this year in the face of a still-raging pandemic. That poses a unique challenge for Tabitha Jackson, who became the new director of the festival this year after six years heading the Sundance Institute’s documentary-film program.

Upon taking over from the outgoing director, John Cooper, last February — a promotion that made her both the first woman and the first person of color to head Sundance — Jackson said she wondered what she could bring to the world’s most venerated independent-film festival. “I was looking at an incredible, almost 40-year-old machine,” she said in an interview, “and thinking, ‘What is my role going to be in taking this forward?’”

Just one month later, it was clear that Jackson’s inaugural year would be anything but typical. In March, the fast-growing Covid-19 pandemic forced the cancellation of the South by Southwest festival mere days before the event was supposed to take place. Movie theaters across the country were soon shuttered, and some of the most talked-about titles to come out of Sundance 2020, like the raucous comedy “Zola,” were pulled from the calendar and still have no release date.

By June, Jackson knew she would have to plan for a Sundance that would play out primarily on the internet. “The core of the festival being digital just seemed necessary for our public health and for our sanity, so we could have some certainty of what we were planning for,” she said. And much to the programmers’ surprise, the flood of submissions mostly kept pace with the previous year.

The director of programming, Kim Yutani, said, “The difference was negligible, which was really scary, and really heartening.”

Still, Jackson was determined to slim down the sometimes overstuffed Sundance lineup: The 2021 program consists of 72 features, down from the usual 120, and the festival has contracted somewhat, now running from Jan. 28 to Feb. 3. “Other festivals have decided to go longer — we’ve decided to go shorter and more concise,” Jackson said. “It’s a more intense burst of energy.”

In addition to an online platform that will make those films more accessible than ever to audiences outside Park City, Sundance will add a virtual hangout space where viewers can talk to each other and recommend things they’ve watched. That sense of buzz, Jackson said, “is such a value that we have at the in-person festival, where people on shuttle buses talk about films they’ve just seen and liked. We wanted to recreate that.”

Some of the high-profile films intended to get people chatting include the suicide-pact comedy “On the Count of Three,” from the actor-director Jerrod Carmichael, “CODA,” a drama about a young woman with deaf parents, and “Land,” the feature directorial debut of the “House of Cards” actress Robin Wright. (Of the films selected for the festival’s two narrative competition lineups, 50 percent are directed by women.)

Sundance can also point to a robust documentary lineup, and Jackson is especially high on “Summer Of Soul (… Or, When the Revolution Could Not Be Televised),” a music documentary about the 1969 Harlem Cultural Festival, an event held to celebrate African-American music that happened the same summer as Woodstock. It’s directed by Ahmir “Questlove” Thompson.

Jackson has even put together a contingency plan for in-person premieres: Depending on the state of curfews and public-health guidelines in late January, some of these Sundance movies could also debut at drive-in screenings in major cities and at independent cinemas across the country. “We still hold out the hope of audiences around the country being able to go somewhere to watch a film together,” she said. “We’re going to plan for it until we can’t.”

If that plan falls through, though, Jackson hopes that a virtual Sundance can still convey the same magic from a laptop or a living-room TV. And if viewers are really eager to simulate the Sundance experience, they could always don a wool beanie or heavy coat before pressing “play.”

“We do want people to dress for Sundance, whatever that means,” Jackson said with a laugh. “So if you want to be encased in warm winter gear, then take a photograph of it and we’ll put it on the online platform.”

For the full lineup, go to sundance.org.