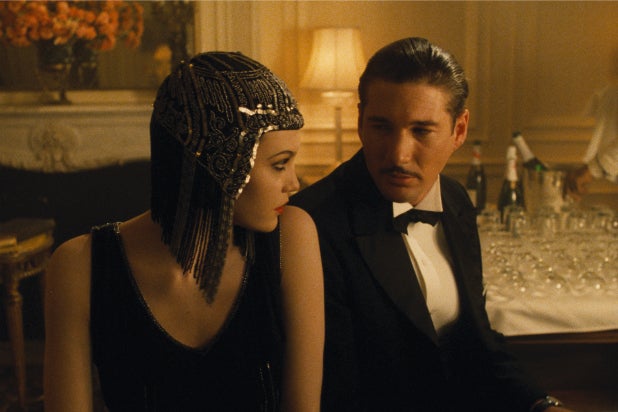 Francis Ford Coppola’s “The Cotton Club” was thought of as an expensive flop after it was released in 1984. Coppola has said that producers forced him to cut footage of Gregory Hines, who was meant to be a male co-lead with Richard Gere, to focus more on the love story between Gere and Diane Lane, and the result felt lifeless and cold.

But Coppola has restored the Hines footage for this new version, which has been dubbed “The Cotton Club Encore,” and it might also be called “The Cotton Club Transformed,” because this cut makes a film that felt like a failure into one of Coppola’s very best pictures. This movie is a feast with all the trimmings, and then some.

Coppola has a history of revisiting his films and putting out different cuts of them, as in his “Apocalypse Now Redux” and his longer version of “The Outsiders,” the original of which was made the year before “The Cotton Club.” The practice of artists rewriting or re-editing their work in later years is not always felicitous or welcome, but in Coppola’s case it has been a way of setting things right, and this film in particular has benefited enormously. It feels like it has finally revealed itself to us on screen, and this is surely what it was always meant to be.

“The Cotton Club Encore” is a period epic with a large ensemble cast, and Coppola gutsily and confidently keeps everything in balance. The pleasures here are many; in fact, it could be said that this movie is nothing but remarkably varied delights. The Art Deco production design by Richard Sylbert and the sumptuous costumes by Milena Canonero might in themselves have justified the price of admission to the earlier cut, but this version rides high particularly on its wide-ranging cast of actors.

Cornet man Dixie Dwyer (Gere) and dancer Sandman Williams (Hines) are seen chatting together in one of the first scenes of the film, which establishes their comfort with each other; they aren’t necessarily friends, but they know and respect one another. During the course of “The Cotton Club Encore,” Dwyer and Williams are followed in plotlines that are on parallel tracks until the very end, when Williams will almost casually come to Dwyer’s rescue.

There is one scene of particularly gruesome violence in “The Cotton Club” that is as upsetting as anything in “The Godfather” or “Apocalypse Now,” but even this is offset by the decision to have a drop of blood fall prettily onto the face of Vera Cicero (Lane) from a chandelier. This is a film about American striving and possibility and danger, and there is no separation here between style and content, for this narrative tension is expressed in the way Coppola composes and edits his scenes.

The musical numbers at the club are shot so that we see the hard work of the black performers trying to please white audiences, and Coppola is very exact in how he shows the ebb and flow of feeling between his various characters. He smartly makes the decision not to let us see the reaction of the white audience at the club when the black performers do a very sexual song and dance, staying instead on Hines’s appreciative face as it unfolds.

This sensitivity is also apparent in the handling of the narrative for Lila Rose Oliver (Lonette McKee), a singer who is in love with Sandman. Lila has a white father and a black mother, and she gets herself out of the Cotton Club by passing for white at another club run by Lane’s Vera, who has used her status as a gangster’s moll to move up in the world. Dixie and Vera and Sandman and Lila are ambitious, and all four of them believably climb upwards socially as the film goes along; for Sandman and Lila, this struggle to the top is more difficult and more filled with traps. Their story supplies some badly needed warmth and heart to the film and provides a needed contrast for the not entirely likable Dixie and Vera.

“The Cotton Club Encore” is set in the late 1920s and early 1930s, and so Coppola has fun using stylistic devices from that period like wipes and even a montage to show time passing. The four lead characters ascend, and so does a gangster named Bumpy (a show-stopping young Laurence Fishburne), while Dixie’s brother Vincent (Nicolas Cage) declines, and this too feels perfectly balanced.

The texture of the film is enlivened considerably by the great dancer Gwen Verdon as Dixie’s former-showgirl mother, ex-Warhol superstar Joe Dallesandro as a watchful Lucky Luciano, and future “227” star Jackée Harry, who puts over a comic musical number at the club. The New York of “The Cotton Club Encore” is scary but fabulous, and so is the film itself, a nexus of lots of top talent working at top capacity.