Star Wars: The Rise of Skywalker comes out in just a few days, which means possible leaks and spoilers are all over Tumblr and Reddit. A few Reddit leaks have alleged that Rey is actually related to a very important character in the Star Wars franchise. 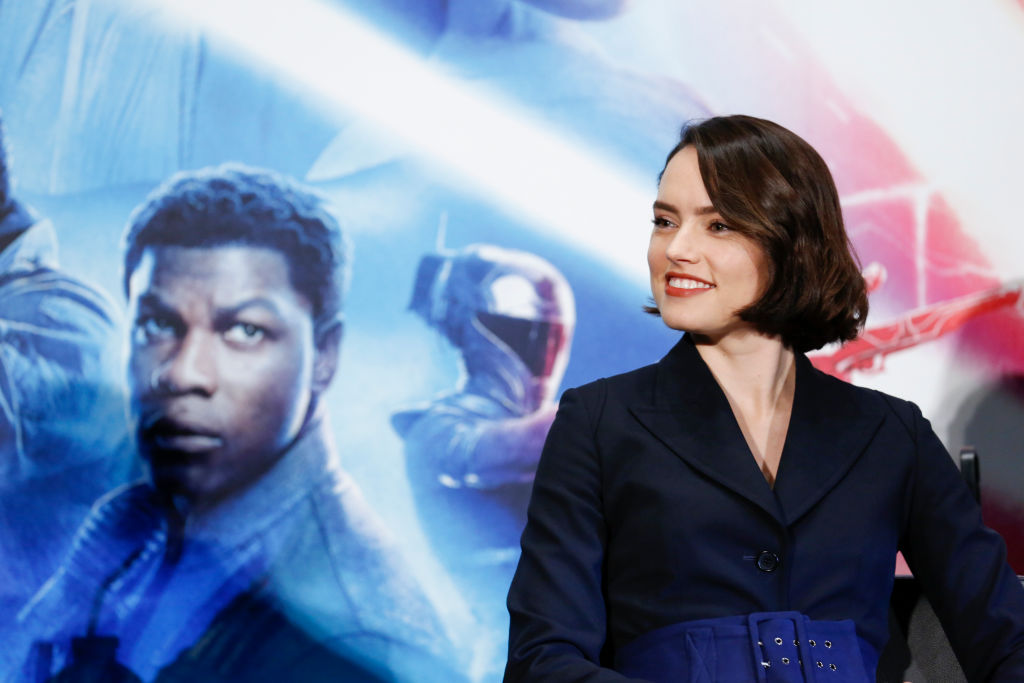 Kylo Ren told Rey her parents were not important

In Star Wars: The Last Jedi, Kylo Ren tells Rey that her parents were nobodies. All the theories that Rey was possibly a Skywalker or related to Obi-Wan Kenobi came to a halt. In an interview with Rolling Stone, Star Wars: The Rise of Skywalker co-writer Chris Terrio discussed how the movie would handle the outcome from that revelation.

“That’s a really interesting thing that Rian did. It’s a democratization of Star Wars, saying that your lineage and your blood doesn’t necessarily determine who you are, and your past doesn’t determine your future,” Terrio said.

He continued, “But we took those provocations as ideas that we could grapple with and hopefully expand upon in this film, because I don’t think it’s a dialectic of one or the other, where either you come from nothing or you are born royalty. There’s a lot of ground in between.”

“When [Kylo] says ‘You’re no one’ — well, what does that mean? Is that how Rey would think about herself? Does Rey even think of these questions?” He said. “I think those are really valid ideas that Rian put forth, but any series of films, especially if you have three, is a conversation — which is, as I said early on when I was talking to J.J., thesis, antithesis, and synthesis.”

Once again, spoiler warning. While the validity of the leak is unknown, if you do not want to know any possible spoilers about Star Wars: The Rise of Skywalker stop reading now.

According to the leak, Rey’s parents were killed after she was left on Jakku.

“They apparently left her on Jakku, ran and are later killed in what appears to be a city setting, not on Jakku according to this person. They’re apparently killed because they won’t reveal where Rey is,” reads the Reddit leak.

5 Days. See #StarWars: #TheRiseOfSkywalker in theaters this Friday. Get tickets: (Link in bio.)

So who is Rey related to? Allegedly, Rey is related to Emperor Palpatine. According to the leak, Leia and Luke were aware of Rey’s heritage. When Rey meets Palpatine later in the movie, he reveals “everything to her” and claims she could “become ‘Empress Palpatine.’”

‘Star Wars’ fans have speculated Rey is a Palpatine for awhile

“There are subtle hints in the movies that may explain why Rey could be descended from Palpatine as far back as The Force Awakens,” the Reddit user wrote. “Moving on to The Last Jedi, we see in Rey’s training that she is drawn to the dark side during her first meditation. She isn’t just slightly curious, but goes straight to the dark.”

The Reddit user also feels Rey being related to Palpatine could tie into her journey from the three movies.

“Discovering that she is the granddaughter of Palpatine would allow her to ‘let the past die’ and allow her to find her own place in the galaxy. She would have to accept that maybe her parents and her grandfather were awful, but she doesn’t have to be,” the Reddit user wrote.