Imagine that the world has blacked out for a snap. When everything comes back, you find yourself in a timeline where John Lennon, Paul McCartney, George Harrison and Ringo Starr hadn’t come together to form the Beatles? You could try to find this quartet of Liverpudlians and hope that lightning strikes again. Or: You could use this alt-history reboot to write the complete catalog of the Fab Four and claim it as your own, earning fame, fortune and the chance to be named the greatest songwriter of all time.

50 Greatest Romantic Comedies of All Time

That’s the premise of Yesterday, a light summer breeze of escapist fun courtesy of high-powered director Danny Boyle and screenwriter Richard Curtis. In this setup, struggling musician Jack Malik — played by British actor Himesh Patel in a scrappy feature debut — suffers a freak accident while biking home from another failed local gig in Sussex. When the lights go out for 12 seconds, a bus hits Jack, sending him to a hospital with two teeth missing. Also missing: the existence of the Beatles. When Jack asks his loyal, improbably gorgeous manager, Ellie (Lily James), “Will you still need me, will you still feed me, when I’m 64?” she replies, baffled, “Why 64?” 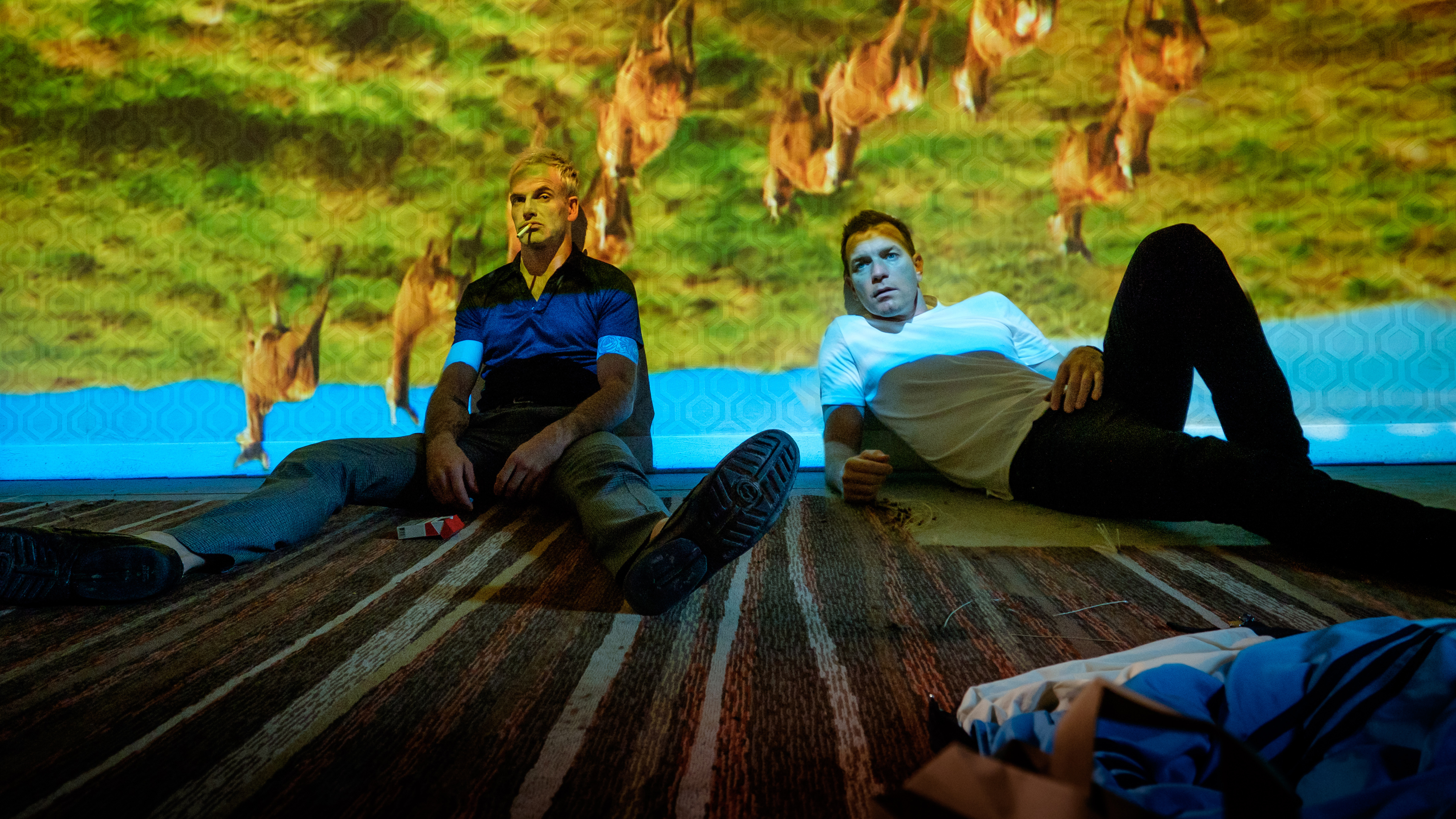 'T2: Trainspotting': How the Original Cast Made a Perfect 20-Years-Later Sequel

The Creation Records Movie Was in Trouble. Danny Boyle Stepped In

And we’re off, with Curtis (Love Actually, Notting Hill) laying on his trademarked blend of snarky and sentimental. Jack litters his bedroom wall with Post-its of every Beatles song he can remember. Soon, he starts passing off the greatest songbook in pop-music history as his own. Superstardom follows. So does guilt.

It’s cute when Jack can’t remember the tricky lyrics to “Eleanor Rigby,” and his parents get bored when he plays them “Let It Be.” And it stings when Jack sings “Yesterday” and a friend objects to him describing McCartney’s ballad as the most beautiful love song ever written. (“It’s not Coldplay,” she says, unimpressed. “It’s not ‘Fix You.’”) Scenes like that make you wish the Curtis script had cut deeper into what kind of reaction the Beatles’ music would have on millennials hearing it for the first time. yet it’s a treat when Ed Sheeran shows up as himself, marveling at Jack’s songwriting chops. He challenges the new kid in town to a competition over who can write a catchier tune in 10 minutes. Then Jack comes up with “The Long and Winding Road,” and the self-proclaimed “ginger geezer” hilariously throws in the towel.

All this puts a lot of pressure on Patel to deliver, which he does with becoming modesty and undeniable talent. The actor has a sweet voice, more McCartney than Lennon, and he evokes the Beatles without slavishly imitating them. For instance, his driving take on “Help!” carries a desperation that speaks to Jack’s own situation as a man out of his depth. It’s telling that both he and Ellie are gifted teachers sidetracked into music careers to which neither is ideally suited.

Patel and James play the standard-issue love story with touching conviction. Still, maintaining a rooting interest is a tall order. That’s where Boyle comes in. The Oscar-winning director, who made his bones with edgy films like Trainspotting, gives the film a muscular energy when things threaten to get too sappy and syrupy. With the help of cinematographer Christopher Ross (Black Sea) and editor Jon Harris (127 Hours), Boyle brings propulsive life to what could have been a static canvas. The film takes some seriously wrong turns, such as an awful surprise cameo near the end and an unexplored argument about whether imitation Beatles is better than no Beatles at all. Yesterday has its heart firmly in the right place. It’s the challenge to take it to the next level that’s missing.