A new episode of a documentary about a notorious YouTube “supervillain” features a women labeled “his youngest victim” speaking about her experience.

The three-part Discovery+ show “Onision: In Real Life” aired in January, and examined accusations against James “Greg” Jackson, better known by his YouTuber alias as Onision. After the initial three episodes aired, all of Jackson’s channels were demonetized by YouTube, meaning he can no longer make money from ads on his decade-long catalog of videos.

An email purportedly sent by YouTube was shared by Jackson with his followers. It pointed to Jackson’s actions which weren’t broadcast on his channel, including “allegations of off-platform behavior related to child safety.” Jackson faces accusations of abuse from at least six women. The email said Jackson’s behavior violated “creator responsibility guidelines” and could cause “significant harm to the community.”

The fourth installment of the documentary series, which is available to stream on Discovery+ today, is a bonus episode titled “Sarah Speaks.” In the interview, a woman named Sarah said Jackson and his spouse Kai Avaroe groomed her after befriending her on the internet when she was 14 years old.

“My name is Sarah and I was groomed by Greg and Kai,” she said at the start of the documentary.

Sarah said she became a fan of Jackson’s content when she was 12 and started interacting with him and Avaroe on social media over the next few years. At the time, Avaroe identified as a woman, but has since come out as trangender. Sarah said she felt “cool” and “validated” that popular internet personalities were talking to her, because she didn’t have many friends in her real life.

“Greg and Kai, they definitely saw me as someone who was vulnerable,” Sarah said in the documentary. “I feel like they probably picked up on emotional needs that weren’t being met in my home life. I was just drawn to the glitz and the glamour of it all, the internet personalities.”

Sarah said the conversation between her and Avaroe became sexual pretty quickly, and they would send each other photos of them in their underwear.

“There was another time, I posted on my Instagram a picture of me and [Avaroe] said, ‘I’m grooming you nicely,'” she said. “I said ‘Hell yeah’ with emojis, because I was like, ‘What the f— is grooming?'”

She said Avaroe would also talk to her about his sex life with Jackson, “so that’s what I thought was normal everyday conversation.”

“I truly thought I was in love with [Avaroe],” she said. 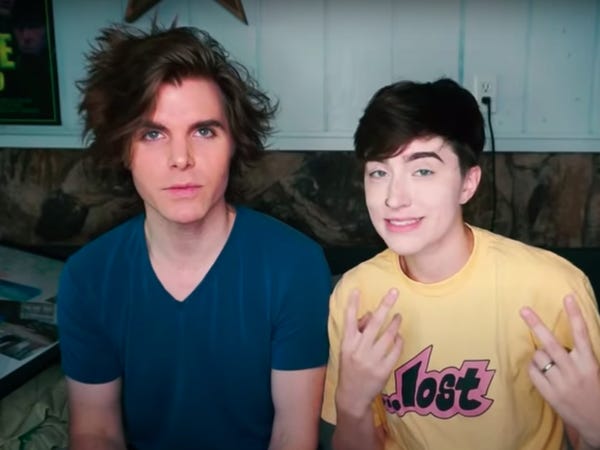 Jackson and Avaroe invited Sarah to their home in Washington state when she was 15, she said, and when she was 16 her mother signed power of attorney over to Avaroe. She said this was when the dynamic shifted, and Avaroe and Jackson started talking about “sexual things” in front of her.

Sarah said she lived with the couple on and off for the next two years until she was 19, during which time she said she was treated “like a toy” by the pair. She said Jackson knew he could “break” her with his words. When she brought up that she was uncomfortable, Jackson kicked her out, she said. She said that this happened several times.

“I didn’t trust myself because he gaslit me so much to believe I was just crazy, any time I had a thought that they were doing something wrong to me,” she said. “It just felt like every time I went back it just got worse, and worse, and worse, and then it got way worse.”

During this time, Jackson repeatedly posted YouTube videos saying he and Avaroe were not romantically involved with Sarah.

In 2017, when Sarah was 17, she said she was coerced into making a video herself denying grooming allegations. But she said as soon as she turned 18 in January 2019, she had sexual relations with the couple. Jackson has confirmed this, but accused Sarah of pressuring him and Avaroe into sex.

Sarah denied this. She said she was romantically interested in Avaroe from the start, but said she believed that if she wanted to be with him, Jackson would always have to be a part of their relationship. This dynamic led to much of the predatory behavior and abuse, she said.

“So many people came to that house,” she said. “Greg’s ultimate goal for some of the women who came to his house were to get them into a three-way relationship … He never wanted [Avaroe] to be with someone, and not with him too.”

Jackson has always maintained his innocence, blaming Sarah for the events

This is not the first time Sarah has told her story publicly. She was interviewed by YouTuber Blaire White in September 2019, and then by “To Catch A Predator” host Chris Hansen for a YouTube livestream in October 2019. After her story picked up traction, particularly as other women such as Shiloh Hoganson spoke about interactions with Jackson, Sarah stepped away from the public eye.

In January, Jackson told Insider that he was being “ganged up on” in the documentary, and sent several links to blog posts where he has gathered what he believes to be evidence that Sarah is lying.

“As a result of their malicious/hateful life-ruining lies, I lost what I worked for over a decade,” he said about his demonetization. “YouTube kicked me from their partner program despite me repeatedly communicating my innocence & proving it.”

In 2019, he sent an email to Insider saying “the grooming stuff is absolute nonsense” and requested a $10,000 fee for an interview. Insider reached out to Jackson for comment regarding the most recent allegations, and he responded by denying Sarah’s accusations and linking to various YouTube videos she posted which he said discredit her account. 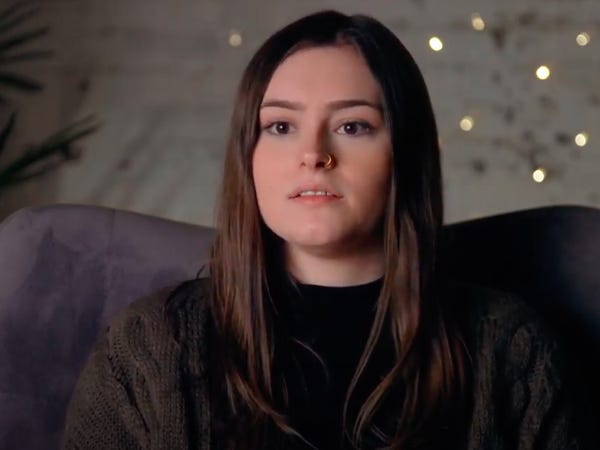 As Mashable’s Morgan Sung reported in January, the first three episodes of the documentary were somewhat eclipsed by their own controversy online. Several YouTubers made videos condemning the documentary’s sensationalism, and perceived ethical violations as Sarah and other victims had initially asked not to be included. This is not mentioned in the fourth episode, but Sarah does allude to wanting to tell her story in her own words.

The show also depicts Hansen — who has taken a particular interest in Jackson — as a hero, but some believe he may have hindered police investigations into the matters. At one point Sarah tweeted that she had sent Hansen’s former “web producer” a laptop that contained evidence about her relationship with Jackson and Avaroe but that it was never passed on to the FBI. Hansen said the produce was later fired. Hansen is not featured in the new episode.

Throughout the documentary, Avaroe is repeatedly misgendered and referred to by his deadname — the name he used before transitioning. Captions say this is for the sake of storytelling.

To read more stories like this, check out Insider’s digital culture coverage here.

If you are a survivor of sexual assault, you can call the National Sexual Assault Hotline at 800.656.HOPE (4673) or visit their website to receive confidential support.