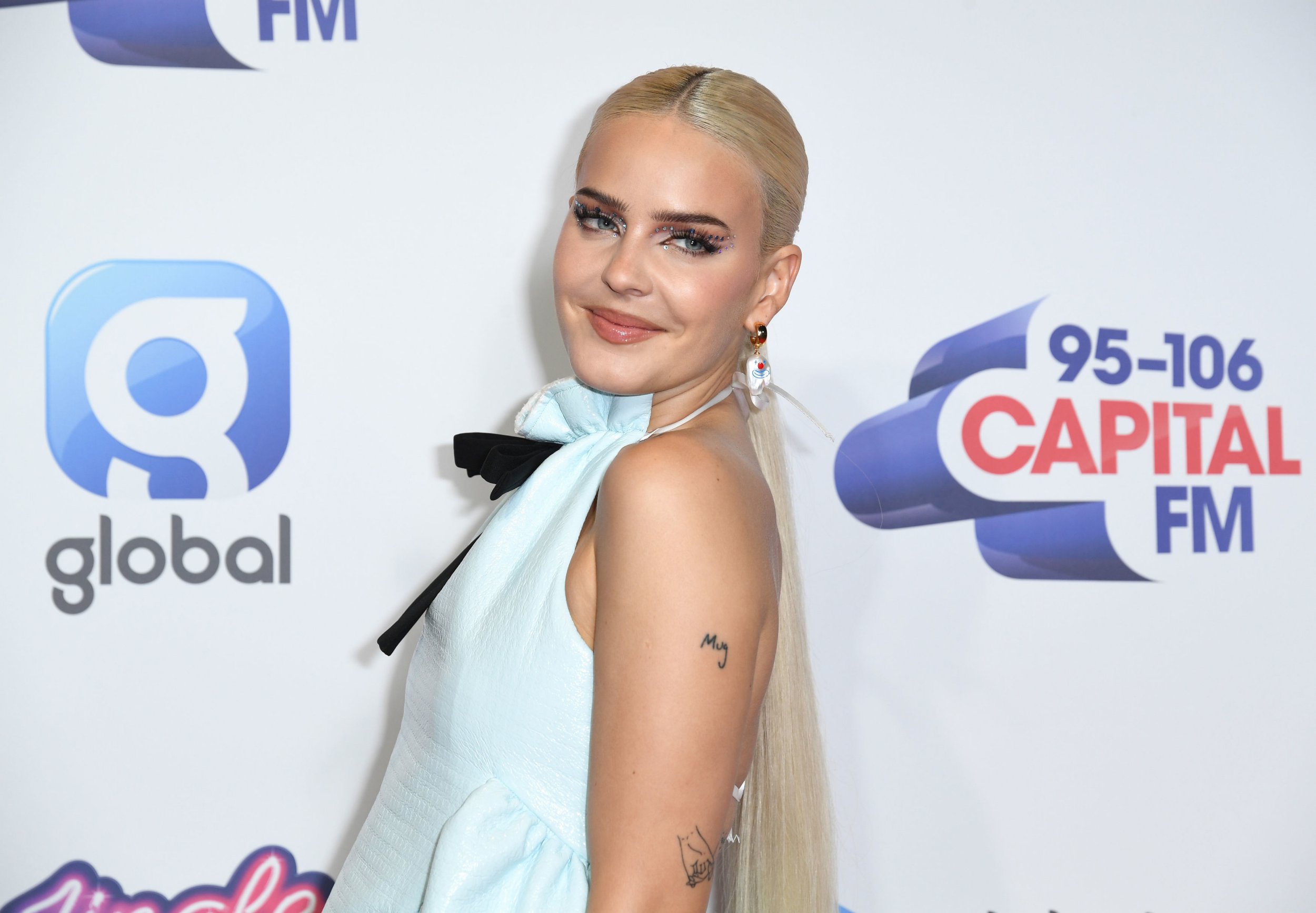 Day two of Capital’s Jingle Bell Ball was just as star-studded as the last with Mel C, Anne-Marie, JLS and Ian Wright among the stars who rocked up for the festivities.

The Voice UK judge Anne-Marie was a pretty belle as she posed on the red carpet at London’s O2 Arena in a chic pastel blue smock dress. She teamed the backlash number casually with a pair of chunky black trainers.

Spice Girls star Mel C wrapped up warm against the chill in an Adidas coat with a grey turtleneck and smart black trousers. The Wannabe hitmaker was in great spirits as she flashed a peace sign for photographers.

Former footballer Ian Wright also managed to flash a smile despite the devastating news of his mother’s death last week. The presenter was just seconds away from going live on-air on ITV’s FA Cup coverage when he received the heartbreaking news that his mum Nesta had died aged 94.

Among the other stars who hit up the red carpet on Sunday were JLS, Griff, KSI and superstar DJ Joel Corry.

Day two of Jingle Bell Ball will see performances from the likes of Ed Sheeran, Tom Grennan, Anne-Marie and KSI.

Mabel was forced to pull out of performing after members of her team tested positive for Covid-19.

Capital confirmed that the Don’t Call Me Up singer would not be performing today – and was instead being replaced by Grennan.

A statement on the official Capital FM Instagram page read: ‘We’re so sorry to say Mabel is no longer able to perform at tonight’s Jingle Bell Ball with Barclaycard.

‘Some members of her team have tested positive for Covid-19, so she has to stay at home until she gets the all clear.

‘Mabel’s asked us to say how sorry she is that she can’t join us tonight, she was so looking forward to perform with everybody and she hopes to see everyone again soon.

‘We’re delighted to confirm after his sensational performance last night, Tom Grennan is stepping back up to the plate tonight.

‘Keep it Capital and watch live from 6pm tonight on Global player and TikTok.’

Coldplay and Lil Nas Xwere also forced to pull out of Saturday’s performances after members of their team tested positive for Covid-19.