It’s common knowledge by now that Coldplay is one of the biggest bands in the world. The “Viva La Vida” hitmakers first made their mark on the music scene over 20 years ago and are still going strong to this day.

According to The Official Charts, Coldplay earned themselves two No. 1 singles and 18 top 10 hits. On the album chart, all of their studio LPs have reached the top spot. Stateside, the British band achieved similar success. On the U.S. Billboard 200, four of their albums have peaked at No. 1. At the Grammy Awards, lead singer Chris Martin and his group members – Guy Berryman, Jonny Buckland, Phil Harvey, and Will Champion — have been nominated an impressive 30 times and taken home eight golden trophies.

In 2020, Coldplay released their first album in four years, “Everyday Life.” The LP was nominated for Album of the Year at the 2020 Grammy Awards and cemented Coldplay’s legendary status. The record received critical acclaim from music critics and currently holds a Metascore of 73 on Metacritic. While fans have been enjoying their latest material, Coldplay announced they have another album on the way later this year. Keep reading to find out more. 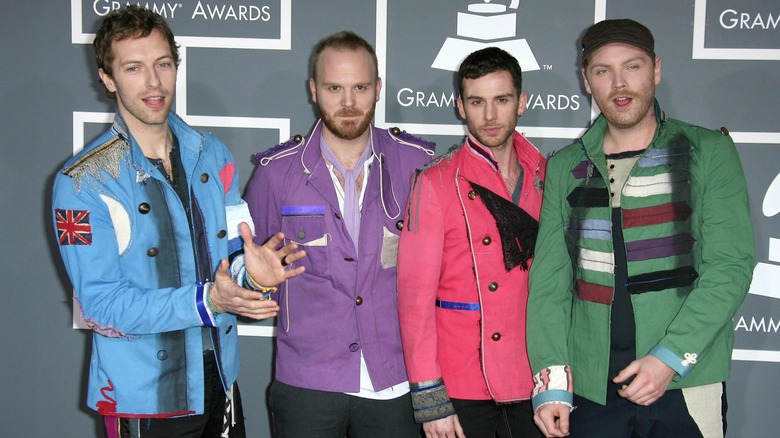 Coldplay has clearly been on a creative roll recently as they have another album on the way very soon. Titled “Music of the Spheres,” listeners will be able to hear the LP from October 15. In May, the group treated fans by releasing the lead single, “Higher Ground.”

In a video upload shared to Instagram on July 20, the “Fix You” chart-toppers dropped a trailer that featured short clips of the songs that will be on the forthcoming project. The aesthetic was very cosmic and futuristic. In a separate Instagram post, Coldplay attached a handwritten note that explained the next single, “Coloratura,” will be available on July 23. Before the album comes out, another single will take place in September. “Music of the Spheres” has been produced by hitmaker Max Martin. In the corner read, “Everyone is an alien somewhere.”

In a June 2021 interview for “The Zach Sang Show,” the band’s frontman, Chris Martin, explained the inspiration behind the album. “One time I was watching ‘Star Wars’ and they had the scene with the Cantina band right? And I was like: ‘I wonder what musicians are like across the universe?’ and that led to this whole thing and now here we are,” he said, per MSN. “It led us to imagining this whole other place called ‘the spheres’, which is like a group of planets, like a solar system with lots of different places and creatures and stuff.”