Miss Mariah Carey is back in business as she rules over the royalist of halls for three glittering evenings. One thing was clear last night – she has never looked, sounded or seemed better. This is old skool Mariah, but somehow happier and more free. The sequins were expected, the vocal runs, trills and whistles were desperately hoped for – and boy were they delivered – but the hair-pulling, kicking and knock-out punch were rather a shock. Watch the incredible moment here.

So what the Mimi was going on?

The show was one for the fans (her beloved ‘lambily’) from start to finish, with deep cuts, remixes and medleys from Glitter and almost every album. So when a glamorous drag queen strutted on stage during a flawless rendition of Heartbreaker and started giving the main diva attitude, it was fan heaven.

2019 Mariah is a girl on a mission but also game for a laugh and suddenly the screaming London crowd was treated to a jaw-dropping display. Insults were thrown, gestures made, hair pulled and Mariah delivered an impressive high kick before pulling back her arm and punching her foolish adversary to the floor. 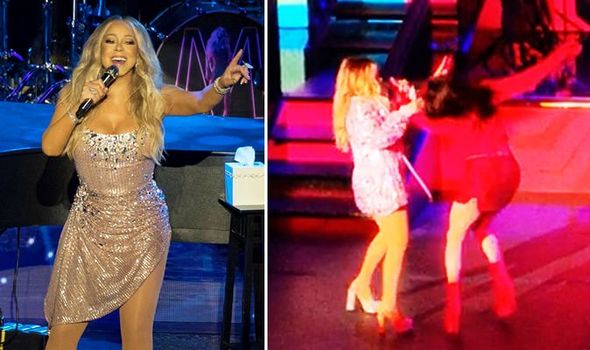 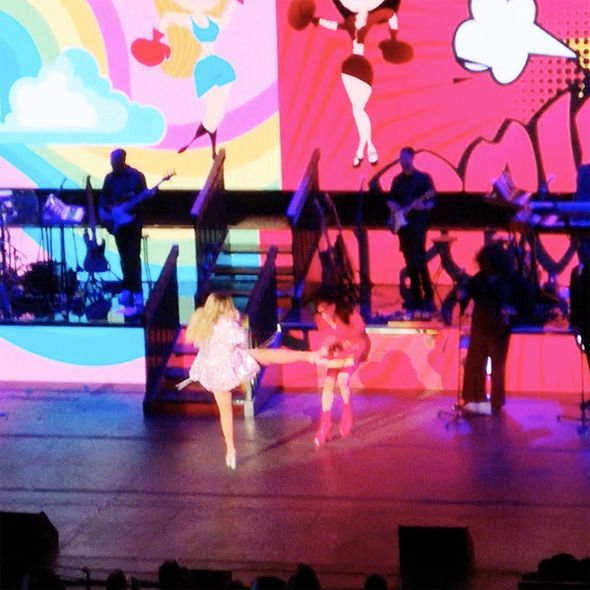 Of course, this was a joyous reenaction of the fight break in the middle of the iconic Heartbreaker video, this time with bonus drag queen fun (rumoured to be her fabulous make-up artist, Kristofer Buckle).

If there was any doubt that Mariah is happier and healthier than ever, this glorious moment proved she was having as much fun on-stage as we were in the crowd.

At other moments she brought on her twins, Moroccan and Monroe, signed programmes mid-song, accepted roses and then playfully handed her ravishing turquoise feather boa to an overwhelmed fan – “But you’ll give it back, right? Or they’ll kill me!” 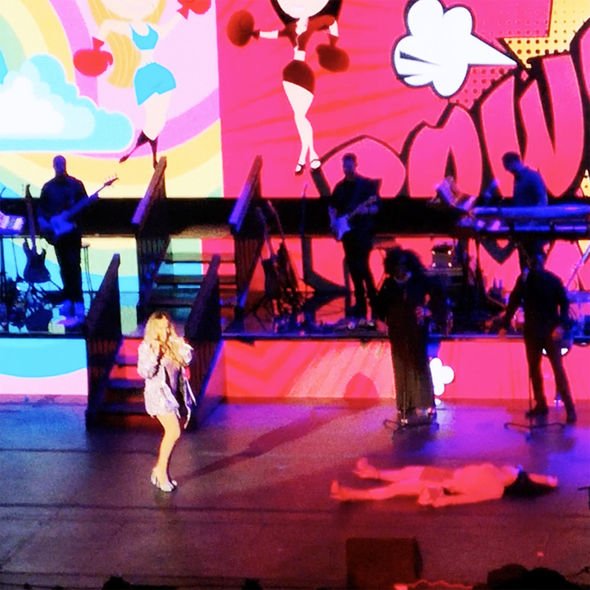 The diva seemed unleashed from the previous pressure of stadium tours, poor management, record company issues and the microscope of infamous television appearances. She clearly felt at home, at ease on stage and in her own skin.

It was a joy to behold, matched only by the thrill (and relief) of hearing her deliver some of the finest vocals of the last few decades.

This was Mariah with all the talent but none of the baggage – plus a mean right hook.