Bob Dylan performs on Late Night with David Letterman in 2015

Pete Seeger, with his band The Weavers, were social activists and folk singers who fought for people’s rights, using their music. They started a movement which continued with many other folk musicians like Joan Baez and Bob Dylan, who also use their music to spread important messages. But how did Pete Seeger die and how old was he?

How did Pete Seeger die?

The legend was 94-years-old, and the news was broken by one of his grandchildren, Kitama Jackson.

According to Kitama, Pete had heart surgery in December 2013 and remained in hospital to replace a valve, but this was not to do with his death. 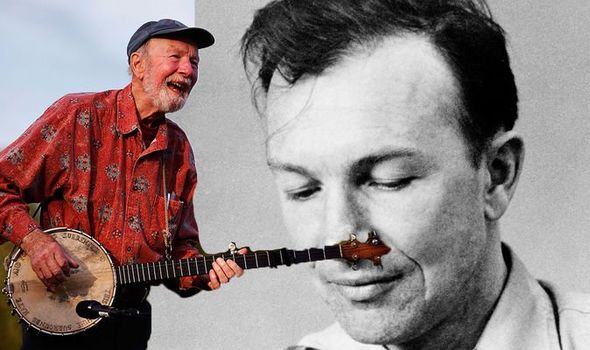 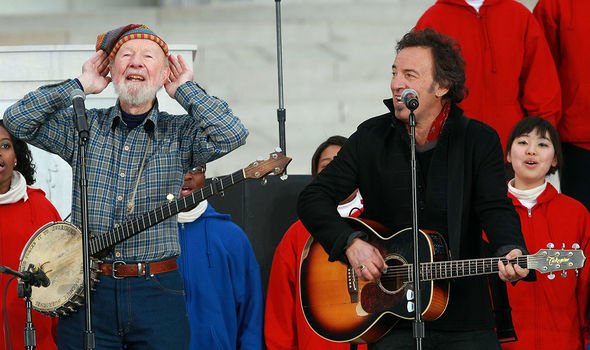 Pete’s grandson also said while Pete could not speak in the few days before his death, he could still recognise those who visited.

Kitama told CNN: “He was a second father to me, he was a friend, he was a best friend. He was just this wonderful, genuine person…

“He lived at a time when so many things hadn’t been done yet, the idea of making music about something hadn’t really been done. And now people do it all the time.”

Pete Seeger was born on May 3, 1919 in New York City, where he remained for most of his life.

His father was involved in folk music from an academic point of view, so music was always a part of his life. 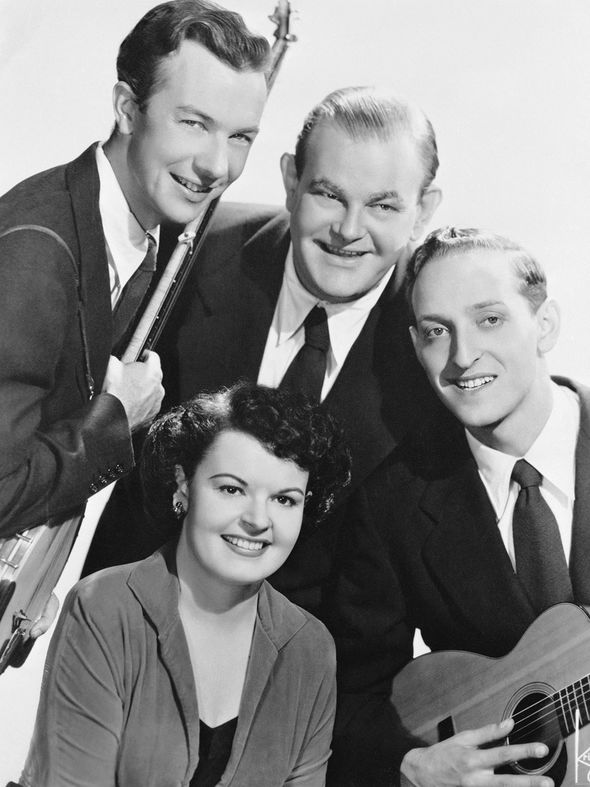 In one interview, he told of what his family was like and how he managed to move into the music business.

He said: “I come from a family of teachers, and I was looking for a job on a newspaper and not getting one.

“I had an aunt who said, ‘Peter, I can get five dollars for you if you come and sing some of your songs in my class.’

“Five dollars? In 1939, you would have to work all day or two days to make five dollars. It seemed like stealing. 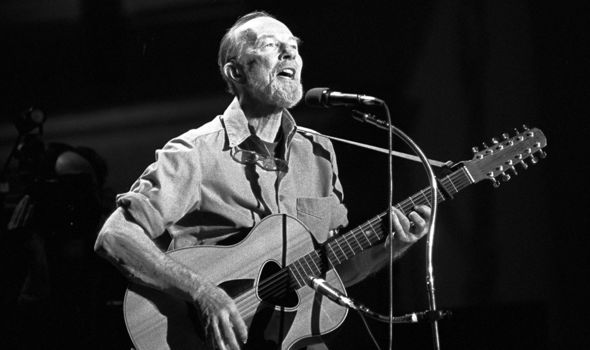 “Pretty soon I was playing school after school, and I never did work on a newspaper.

As a teenager he joined the Young Communist League and a few years later made his first waves in the music business as part of The Almanacs, which he founded with folk musicians including Woody Guthrie.

Their music was not appreciated by authorities, as it sang political lines directly, in the case of Dear Mr President, to those in charge, and by the time he had established his long-term band The Weavers, he was not well-liked in the establishment.

He was a prolific songwriter and wrote many tunes like Where Have All the Flowers Gone and If I Had a Hammer, as well as making the famous spiritual song We Shall Overcome a folk classic which was used at Civil Rights rallies.

The Weavers were eventually blacklisted in the McCarthy era, with him being forced to testify as to his political activities, which he refused to do.

When famously asked about his beliefs, he replied to Congress: “I am not going to answer any questions as to my association, my philosophical or religious beliefs or my political beliefs, or how I voted in any election, or any of these private affairs.

“I think these are very improper questions for any American to be asked, especially under such compulsion as this.”

He was convicted for contempt of Congress and sentenced to jail time, however this ruling was overturned the following year.

Pete continued to write music and sing until his old age, and backed many other folk musicians throughout his career to take over from him in sharing his political messages.