There’s nothing we love more than a new A-lister romance, especially when it involves a celebrity who’s notoriously private (though sometimes iffy) about their love life. The celebrity in question is Drake. The Canadian rapper has had his fair share of romantic connections over the years. The list includes rumored flings with everyone from Bella Hadid to Kylie Jenner to Jennifer Lopez (well, sort of). However, his most high-profile romance was with Rihanna. Some might even say she’s “the one that got away” for the star since it’s public knowledge that he was pretty much in love with the singer. Simply put, Drake and RiRi were the ultimate will-they-won’t-they. But it seems like a won’t, and that’s no biggie!

Now, years after their fallout in 2018, it looks like Drake is ‘In His Feelings’ again after he was spotted enjoying a private dinner at Dodger Stadium in Los Angeles, Calif. with model Johanna Leia on July 8. Scroll ahead to see photos of the alleged date and details about Drake’s rumored new love interest.

Drake had a private stadium dinner for Johanna Leia 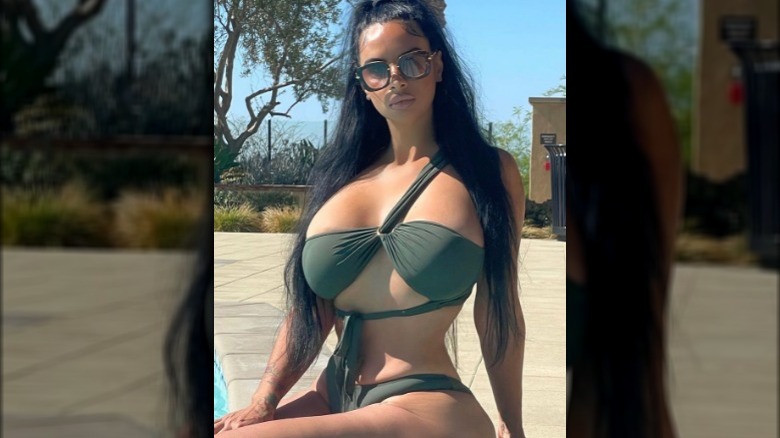 Drake and Johanna Leia’s private dinner was captured by KABC-TV helicopter reporter Chris Cristi, who took photos of the rumored new couple inside an empty Dodger Stadium. Though many websites reported the “Hotline Bling” hitmaker “rented out” the MLB park, sources told TMZ “his date night was all made possible thanks to a substantial donation he made to the Los Angeles Dodgers Foundation.” Nevertheless, the location may have been a favor, but Drake went above and beyond for his lady as the night included a table-adorned food and vases filled with flowers, as well as a private waiter.

So who is the new woman in Drake’s life? According to her Instagram, Leia is a model and entrepreneur, as well as was a cast member on the 2017 reality series, “Bringing Up Ballers,” which followed “five Chicago-area entrepreneurs whose kids are some of the country’s most elite young basketball players,” per IMDb. Leia appeared on the show because she’s the mother of Sierra Canyon high schoool basketball player Amari Bailey. She’s is also has a daughter named Savvy.

As of right now, neither Drake nor Leia have commented on the relationship rumors, but their date isn’t the first time they’ve been spotted together, as the rapper has been seen in attendance at some of her son’s basketball games. It’s safe to assume this court-ship is going well!