TED Lasso just cleaned up at this year's Emmys after being nominated for a record-breaking 20 awards.

The Apple+ comedy has become a global smash hit, deservedly taking out the Emmy for Outstanding Comedy series.

Ted Lasso hit TV screens in 2020 at a time when the world was reeling from the Covid-19 pandemic and needed a dose of heartwarming content.

The show's star, Jason Sudeikis, created the show after dreaming up the character of Ted Lasso for an ESPN advert.

It wasn't until a few years later that he decided to make Ted Lasso into a series that follows the NFL coach's journey to London to manage the fictional Premier League team, AFC Richmond.

Ted's unwavering optimism combined with the British dry sense of humour should not work together, but somehow this show has turned out to be an universally adored hit.

Here we take a look back at some of the best reason's to love the show.

1. An American manager in London

Ted Lasso is 'not in Kansas anymore' in this fish out of water comedy.

He relocates from the American mid-West to London where it would seem his ability to remain positive no matter what would drive everyone crazy.

And it does in the early days, where everyone from the press to the football players don't know what to make of his constant cheer.

At first it's really grating and might seem impossible to like the show, but the real reason for Ted's unfaltering optimism is eventually revealed, in a 'knock your socks off' moment of sublime television.

Not so loosely based on Manchester United player Roy Keane, actor Brett Goldstein snagged an Emmy for his portrayal of the very sweary footballer, Roy Kent.

He snarls, he swears, doesn't hold back on what he's thinking and is one of the most popular characters on the show.

Brett's so good in his performance, a wild fan theory surfaced that he was CGI and not a real person at all.

3. Just the right amount of football

"Football is life!" Danny Rojas likes to remind us almost every episode.

But not everyone is a fan of football – shocking I know – and it shouldn't put people off watching Ted Lasso.

The sport is almost a side note to the stories on the show, despite most of it unfolding at Richmond's club headquarters.

But die-hard football fans do not miss out either, with many exciting game moments and football chats throughout the series to keep them happy.

Who are we without our friends to get us through?

Ted Lasso is all about the importance of strong friendships and the horrible repercussions when we find ourselves in unhealthy relationships.

Ted's profound working relationship with Coach Beard is so strong, they often can communicate without words and have each other's back no matter what.

And the women don't miss out either. Club owner Rebecca starts the series as an 'ice queen' until she is eventually builds a formidable bond with WAG turned PR guru, Keeley.

The scenes between the club players bonding are some of the best on the show.

Ted hilariously knows nothing about football and absolutely cannot get his head around offside – but let's be fair, who really can?

An early scene shows Ted wielding questions from the British press where he forgets football has halves and not quarters. He doesn't even know that relegation is a thing in football!

A highlight of Ted's ignorance comes when he describes the goalie as the guy with the 'Mickey Mouse Hands.'

Many of the Ted Lasso dudes set the bar very high men across the world as to what a good partner should be.

From Roy's emotionally mature understanding of Keeley's needs – even if it takes him a bit to get there – to him telling Rebecca she deserves a man who's 'more than fine' and worships her.

People's standards for what they want in a man will soar thanks to this show.

7. Let's hear it for the underdogs

Ted Lasso isn't just about the main characters and champions such as Roy and his arch-nemesis, the champion footballer Jamie Tartt (Phil Dunster).

The comedy gives time to people that would probably be overlooked in more superficial shows.

There's Nate (Nick Mohammed), who starts as Richmond's equipment manager and then makes his way on to the coaching staff.

And Higgins (Jeremy Swift), the softly spoken 2IC to Rebecca at the club who seems a long suffering lackey but is given a lot of time exploring his story.

8. Pour your heart out

The Apple+ series has been lauded for its portrayal of mental health and counselling.

The introduction of Sarah Fields as Dr Sharon Fieldstone as the team psychologist leads many of the characters – but most of all Ted – to face their inner torments and what is holding them back in life.

A scene where Roy unexpectedly comforts Jamie after a shocking interaction with his dad, is a moment of men expressing their emotions in scenes rarely witnessed on the screen.

It seems everyone on Ted Lasso has some kind of bizarre superstition.

One episode sees the lads rid themselves of a the 'training room ghosts' by sacrificing one of their prized possessions and sharing with the team what it meant to them.

It's the first time the usually arrogant Jamie shows some emotion and begins his very humble redemptive arc.

And let's not get started on the time the exuberant Danny Rojas accidentally kills Richmond's mascot, Earl the Greyhound, leading him to spiral and obsess over the 'bad omen.'

Ted, Higgins, Coach Beard and Nate form a kind of Agony Uncles group where they try to help solve each other's relationship problems – because, why not?

Founded by Ted, the men not only help each other but also those outside the group with their love woes.

Again, another example of Ted Lasso of breaking taboos with men talking about their feelings with other men, almost unheard of anywhere else. 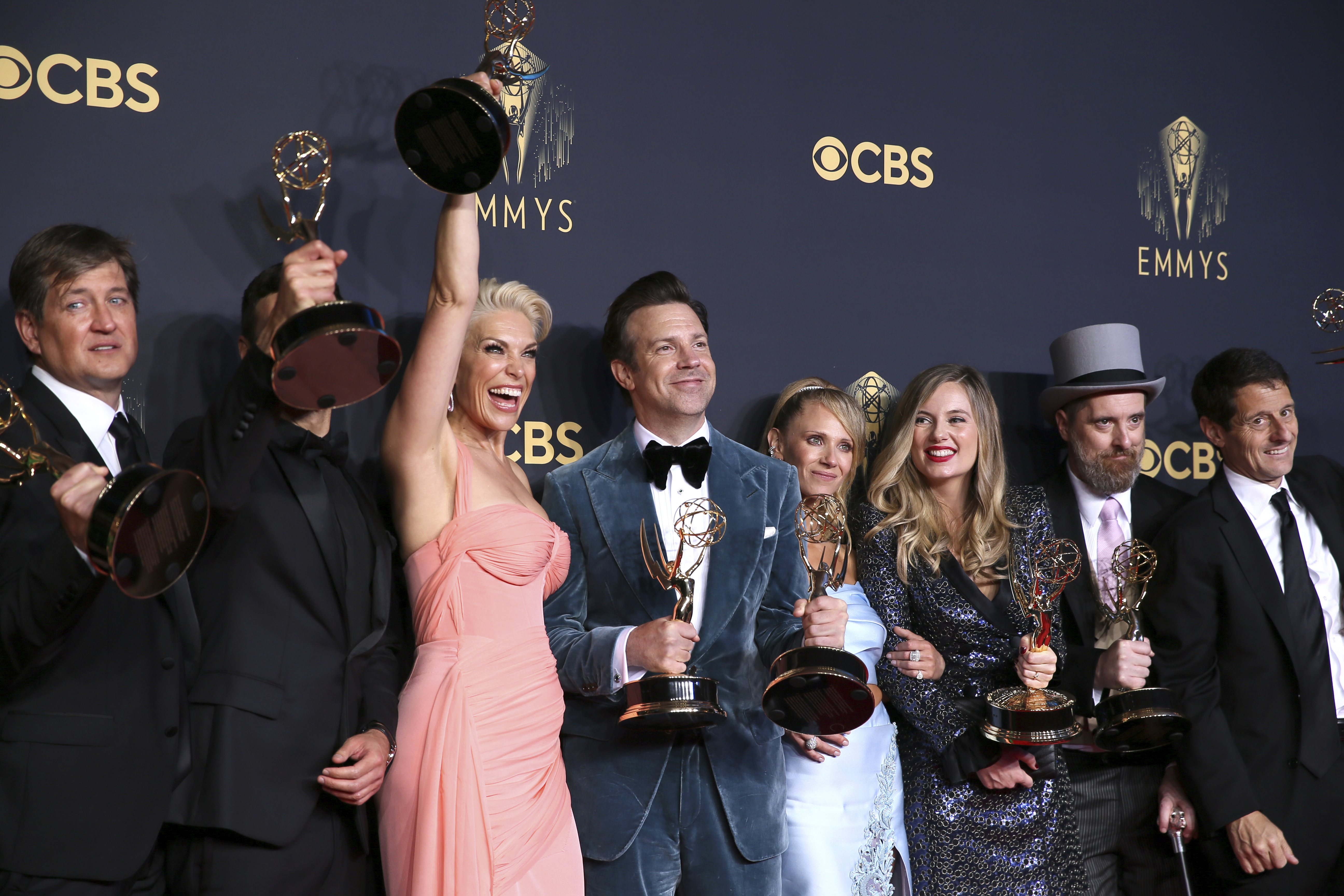 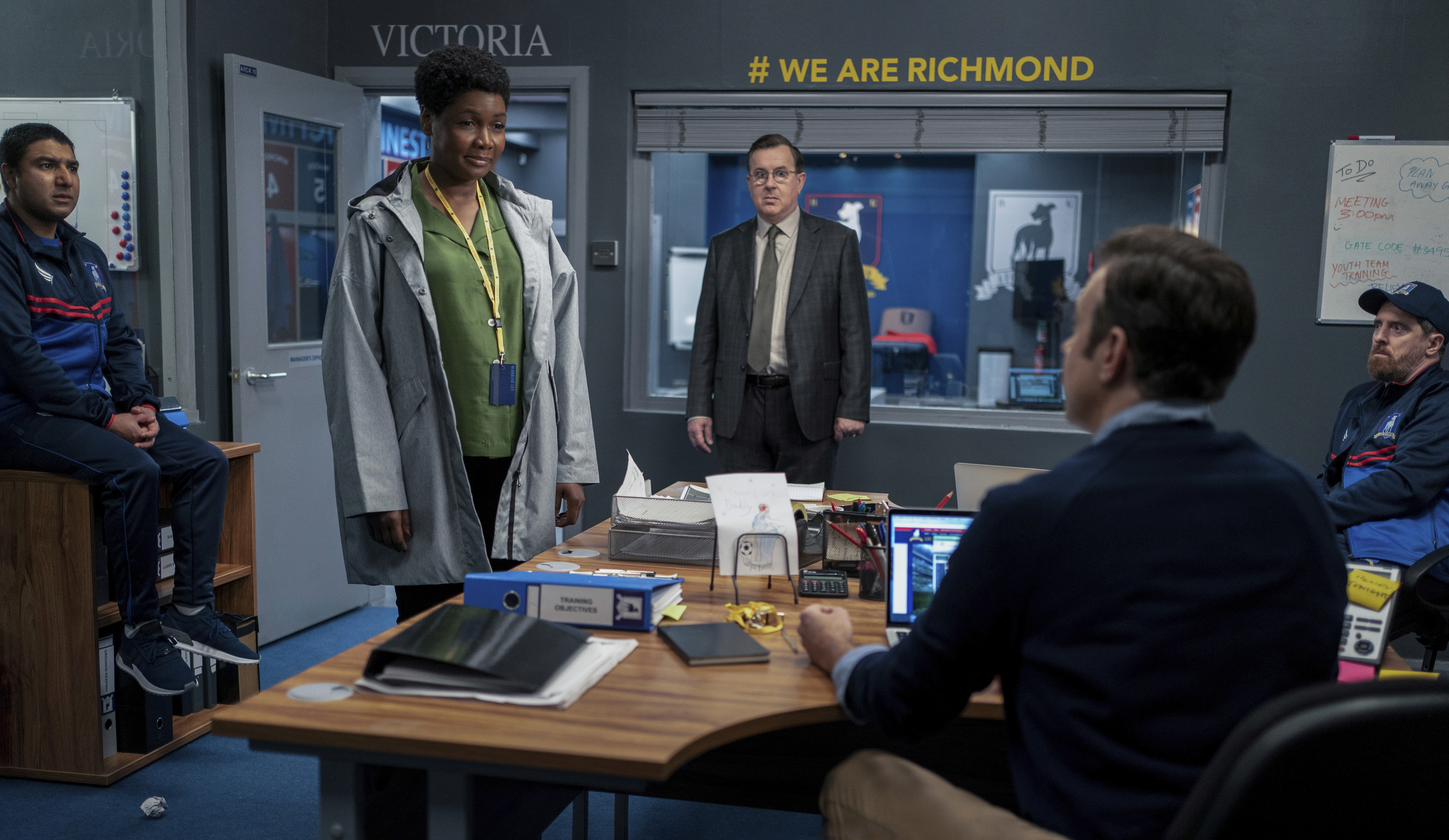 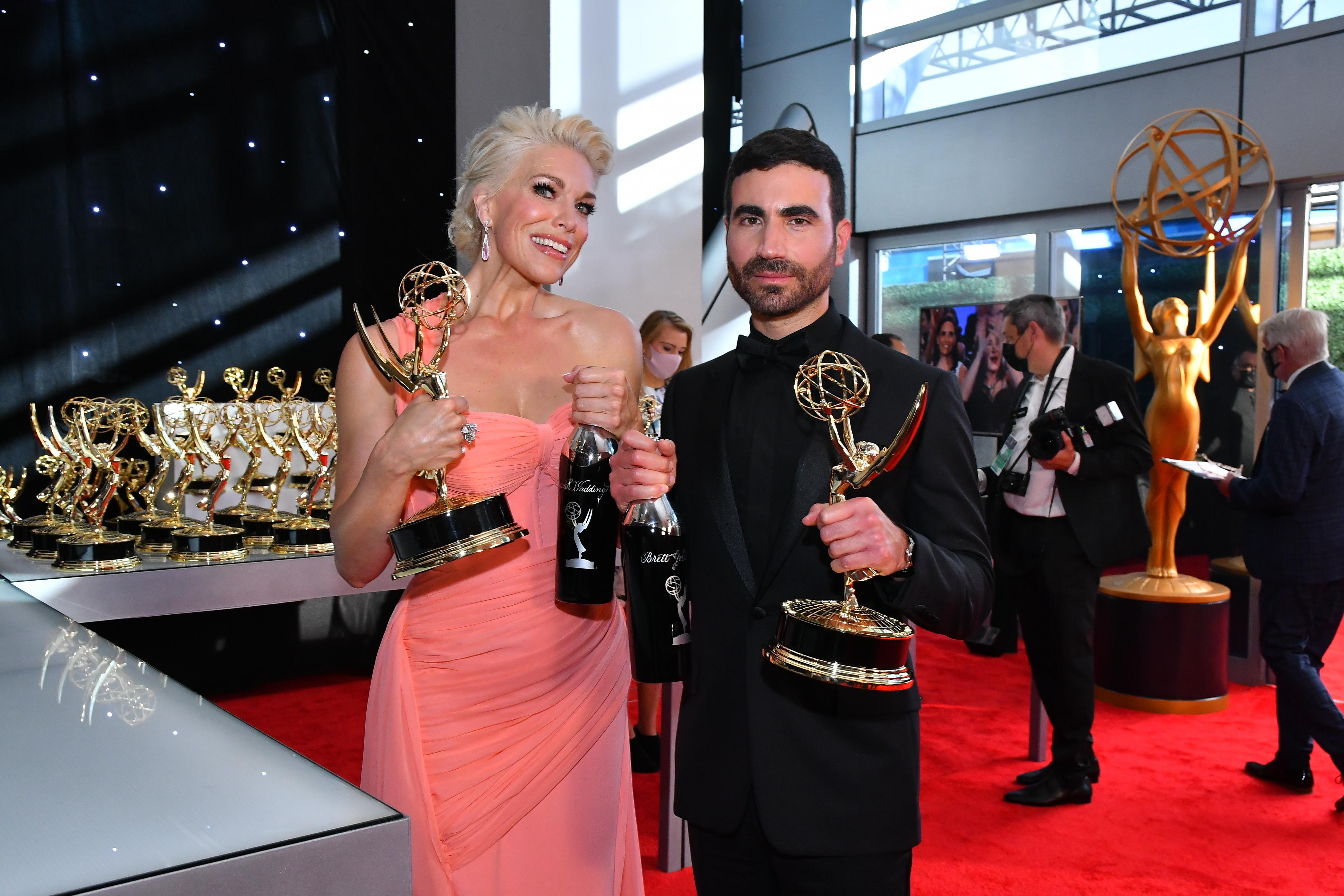 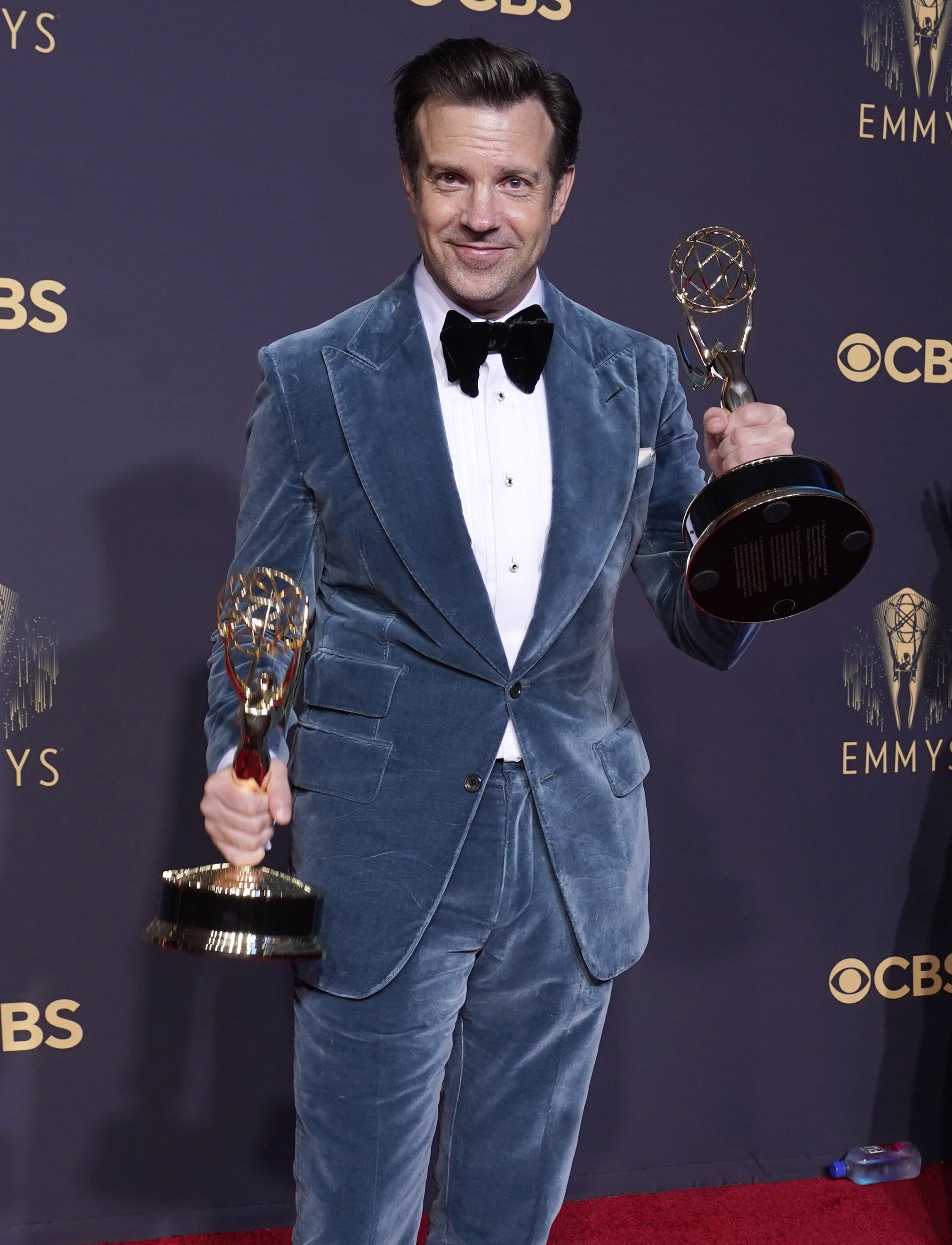