Britain’s Got Talent head judge Amanda Holden, 49, recently opened up about a tragic loss she and her record producer husband Chris Hughes suffered when their little boy Theo, was stillborn in 2011. While the singer admitted she had been “very vocal” about how she felt throughout the traumatic time, she explained that Chris had remained a pillar of strength until he let his guard down one day with a comment that “floored her”.

I’ve been very vocal about how I felt and Chris has been quite typically male, really strong and gathered around the family and looked after me

Appearing on Loose Women on Thursday, the ITV star spoke about her grief and the song titeld With You, that she dedicated to their son on her latest album, Songs From My Heart.

“Chris my husband floored me one afternoon when he said ‘The last two lines of that song really reminded me of how I felt when we lost Theo,'” she recalled.

“I’ve been very vocal about how I felt and Chris has been quite typically male, really strong and gathered around the family and looked after me.”

She revealed they did talk about it during the difficult time but he “never really showed his emotions”. 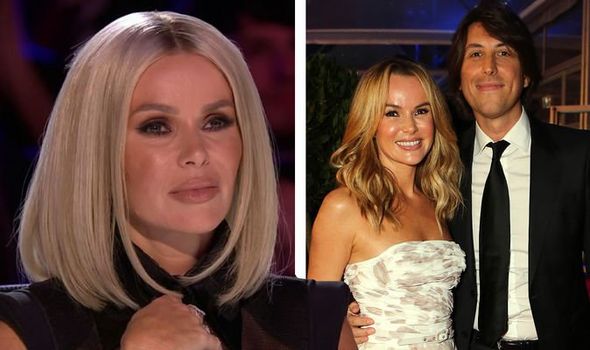 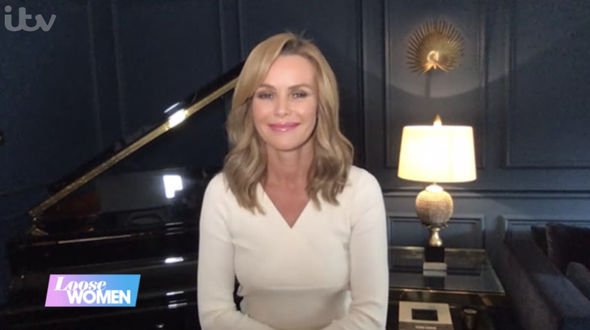 “He just wanted to be that tower of strength, so when he actually shared that with me it really knocked me for six,” she said.

Following the tragedy, the couple went to therapy in a bid to help heal from their loss.

Amandarevealed that once her other half attended a session he “felt a lot better” for it.

She said: “[Therapy] was more for me and I wanted to take Chris because we were using each other too much for our sorrow. 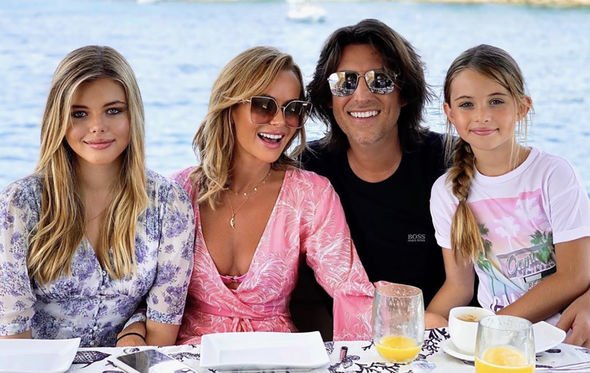 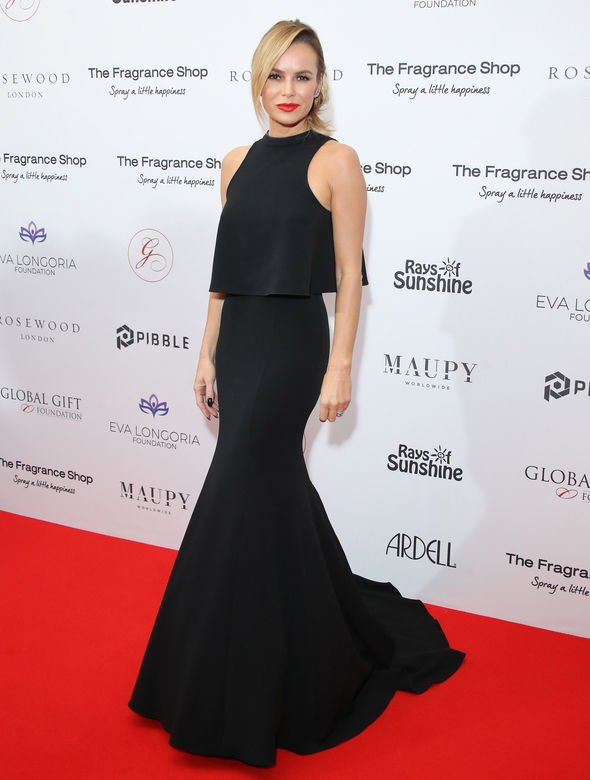 “We kind of ran out of tools you would say in how we could help each other and we needed another voice who could sit there and say, ‘Well have you tried this or considered this.'”

She continued: “For me it was amazing and Chris, to get him there was amazing, and immediately, he felt a lot better and felt, ‘OK I know what I’m doing’ after one session and he never came back.”

Amanda continued to visit the therapist a few more times to seek a “spiritual” way of healing.

“My loss was a baby that never made it to earth I had to find a spiritual way around it,” she said.

“I did create this whole scenario in my head that my baby chose me and he wasn’t meant to be, if you will.

“It’s a cliche but you can only take one day at a time – it’s what you can learn from it, gather everyone around you. I hung on very tight to Chris and my family.”

Shortly after, they were blessed with their eight-year-old daughter Hollie in 2012.

The pair also share 14-year-old Lexi, who was present at their wedding in 2008.

Amanda released the emotional album last month, and described it as her “heart laid bare”.

“People think they know who I am because they see me being loud and outrageous on the television or radio,” she wrote on social media ahead of the debut.

“That is a part of me but really I’m all about my family. This album is all the songs I’ve loved in my life sung for the people who mean the most to me. It’s a very emotional album that everyone can relate to.

“I had a tape recorder as a little girl and would sing into it dreaming of this moment.

She added: “There is a story behind every song on the album celebrating life, love and loss – the darkest and happiest moments in my life so far. It is literally my heart laid bare.”