Antiques Roadshow travelled to Abbey Pumping in Leicester and one guest brought a load of Nintendo toys he had been collecting for a few years now and revealed he even had to use an internet translator to talk to Japanese auctioneers. However, he was keen to find out how much the Nintendo consoles were worth and brought the items to expert Lisa Lloyd.

Lisa began: “Well we think of Nintendo being a modern-day computing company, but these actually really break the mould with that, don’t they?

“So what is it that you can tell me about these?”

The guest explained: “Yes, I have bought with me today a collection of electronic toys, party games, and some of the very early games consoles they made.”

Lisa chipped in: “Nintendo started in Japan in the late 19th century and they were making card games essentially, which was popular in Japan. 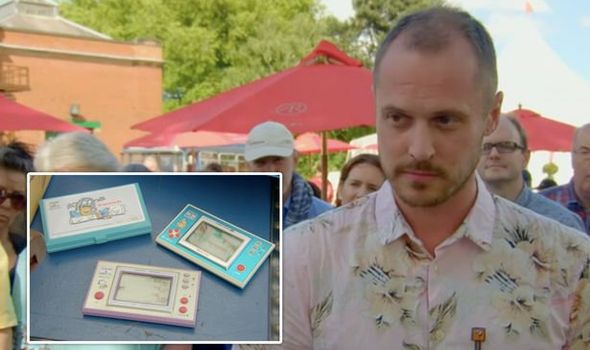 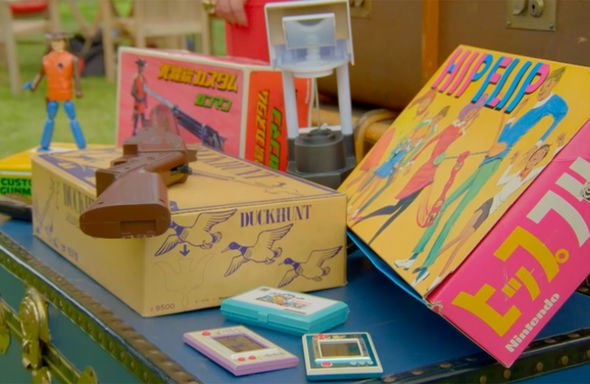 “They made card games right up until the 1950s and at the time as well card games were really going out of fashion, so they moved onto other areas and that’s kind of what we see here.

“If we look at the Hip Flip here, that could only have been produced in the 1960s couldn’t it?

“And the boxes are just fantastic, I love these figures you shoot at. 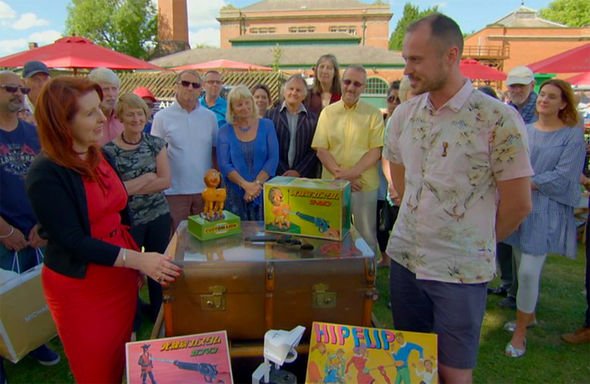 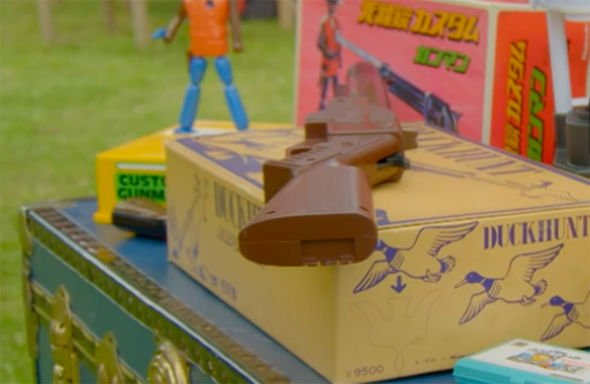 “Somehow it seems quite awful to be shooting the lion whereas the human is fine, but anyway.

“I mean you just don’t see these in the UK very often. So where did you source them?”

“When I learned about the history of Nintendo, I started looking into the products they made and I came across these on internet sites because I couldn’t get anything in this country,” the guest recalled.

“So I managed to get them off Japanese auction sites and then have them shipped over.

“I had to use an online translator so I managed to work my way through it.”

Lisa laughed: “I hope you didn’t end up buying something you weren’t expecting. Well I love them, but do you want to demonstrate?”

The guest demonstrated one of the toys and the audience were left very amused, but it was time to find out their worth.

Lisa said: “That is just brilliant, isn’t it? So, how much did you pay?”

The man replied: “I would say including shipping probably £40-50 for these two.”

Lisa added: “That’s really good, I think these are probably £100 to £150 each quite easily because you have the boxes as well.

“As you know the market for the little consoles, there are many around but it is kind of growing all the time and they are probably around the £50 mark I think they can be a bit more with the boxes. So altogether, you have quite easily got £500 to £600 here.”

The guest didn’t exactly look too pleased, obviously thinking they would be worth a bit more but he thanked Lisa all the same and Lisa repeated she still loved the products.

Antiques Roadshow can be streamed on BBC iPlayer.