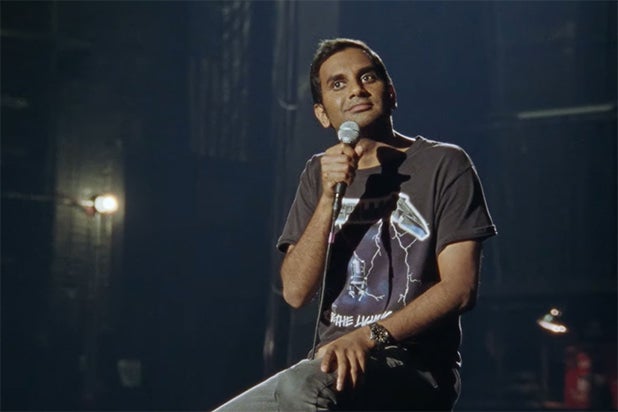 Aziz Ansari wastes no time in his new Netflix standup special before addressing a woman’s accusation of sexual misconduct.

The “Parks and Recreation” vet said he felt it was important to be upfront with the audience because “it’s important to me that you know how I feel about that whole thing before we share this night together.”

“Aziz Ansari Right Now,” directed by Spike Jonze, is Ansari’s first stand-up special since a woman accused him of coercive sexual behavior in a widely read Babe.net article titled “I Went on a Date With Aziz Ansari. It Turned Into the Worst Night of My Life.”

The article brought criticisms of Ansari for acting pushy, coercive and entitled with a woman who went home with him after a dinner date. But some defenders said the accusations against him shouldn’t be grouped with accusations of sexual harassment and assault raised by #MeToo survivors.

In the special, Ansari reflected on a conversation he had with a friend after the story. He said the friend told him that the woman’s story made him rethink his own behavior on dates and with romantic partners.

“And I thought, Wow, that’s pretty incredible,” Ansari said. “If this made not just me but other people be more thoughtful, then that’s a good thing, and that’s how I feel about it.”

The special was recorded in Brooklyn during a stop on Ansari’s “Road to Nowhere” tour. He said the experience made him reflect on his life and career and try to be present in any given moment.

“I saw the world where I don’t ever get to do this again, and it almost felt like I died,” Ansari said in his final moments on stage. “In a way, I did. That old Aziz who said, ‘Oh, treat yo self’ or whatever, he’s dead.”

“And I’m glad,” he continued. “Because that guy was always looking forward to whatever was next. I don’t think that way anymore. I’ve realized it’s all ephemeral. All that stuff, it can just go away like this. And all we really have is the moment we’re in and the people we’re with.”