Posting a picture of him planting a kiss on the teen's cheek he wrote: "When you have to steal a kiss from your little girl mid photo 🥰🤣." 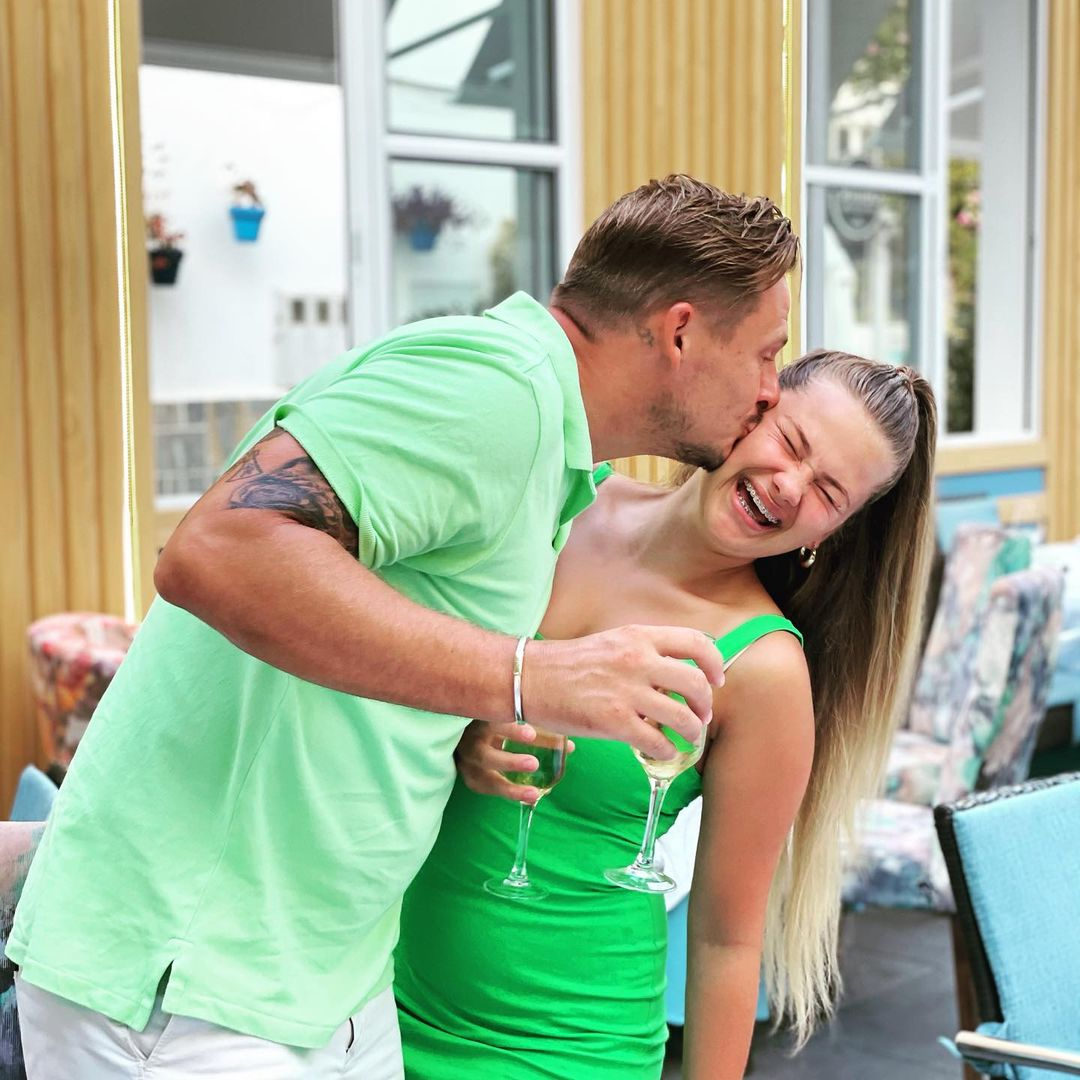 She didn't look entirely impressed in the pic, where they were both dressed in matching green, pulling a face and pulling away.

But many fans were astonished by how much older she looks these days with one writing: "Bless. She’s so grown up now isn’t she ❤️."

Others posted: "Soooo cute 😍❤️" and: "She’s so grown up!" in the comments on the Instagram post.

Bluebell, who was born in 2007, is boyband star Lee's oldest child with ex-girlfriend Jessica Keevil.

He also shares son Rayn Ryan with ex-fiance Samantha Miller, who he met on his MySpace fan site in 2007.

In June the star, who now lives in Spain, became a dad for the third time with current girlfriend Verity, an Ariana Grande impersonator.

His bandmate Duncan James, 43, revealed the news on Lorraine but didn't reveal the baby's name.

Asked if the band would reunite soon, he, said: "With the pandemic and everything, everything has changed and shifted.

The star was first seen with Verity, who appeared on The X Factor in 2009, in January 2020, having joined reality TV series Celebs Go Dating the previous year in a bid to find love.

The couple moved to the Costa Del Sol in Spain last year and revealed they now have "a better quality of life" as well as a "new lease of life".