The first season of The Irregulars is going to come out on Friday, March 26, on Netflix. But what went on when the actors weren’t shooting? Actors JoJo Macari and Mckell David spoke to press including Express.co.uk about what they got up to behind the scenes of The Irregulars.

What did the cast of The Irregulars get up to behind the scenes?

One of the most enjoyable moments from filming the drama according to Macari and David were the beginnings of each day.

While they had to have early starts in order to get as much shooting done as possible, the cast and crew were wide awake and rearing to go.

Mckell explained: “Our mornings were always packed with joy because you would turn up to set and all of the drivers, all of the location people were there like four, five hours before we got there and there was so much banter flowing.

“When you turn up for work at five, six, seven in the morning, and you just got banter constantly thrown at you, I think it really lifts your day and it puts you on a high so I’ll never forget the mornings.”

JoJo agreed: “I would come in, in the mornings and be like ‘Oh God, give me a coffee, a cup of tea and juice and earl Grey and a glass of water’.

“And I get in there, sit in my trailer and it would start to sort of bounce and Mckell would be next door…like music [playing] at six in the morning and then I’m like ‘you’re right, this is great!'” 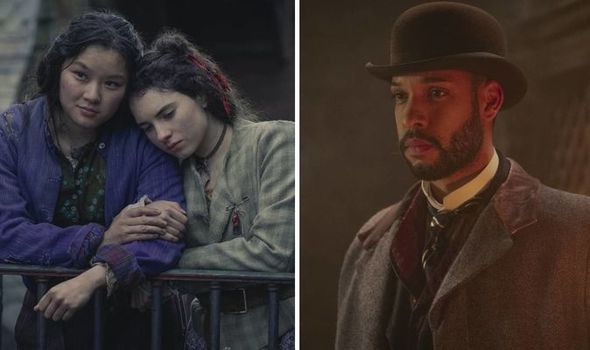 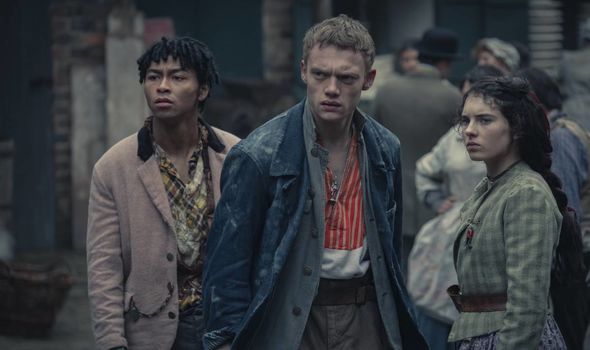 But there were also some disturbing moments behind the scenes as JoJo says he was followed around by birds.

“Birds were haunting me through the whole of the shooting process, multiple times, pigeons flying in, sitting on lights, come sweeping past my shoulder.

“Our studio, most of our stuff is on location, but the studio we had in Liverpool was infested with seagulls.

“I don’t know if they were resting on the roof or inside.

“At one point, a seagull got in my hotel room, I got nits off a chicken at one point.

“Birds literally haunted me throughout the production.” 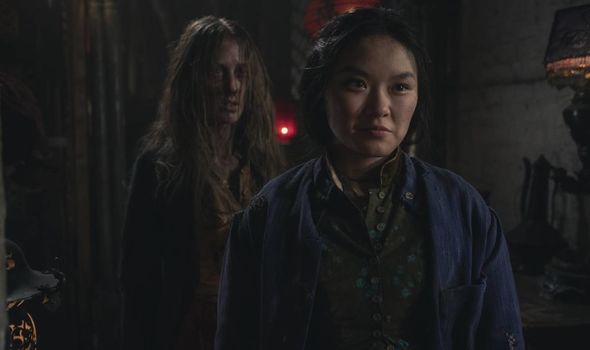 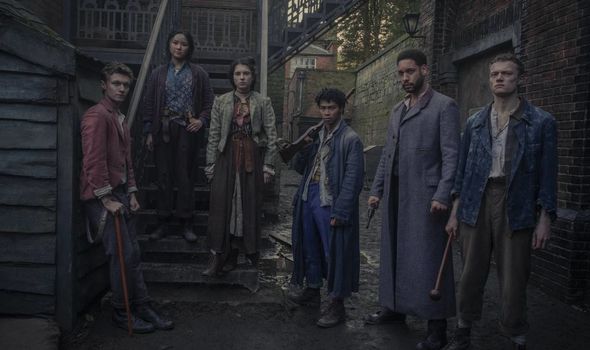 If blaring music at five in the morning or getting chicken nits wasn’t enough, there was also a collapsing roof.

JoJo continued: “Wet days were also fun, they would have these crazy rain machines on us, you could barely move because of the thick rain which was super cool.

“And we also had this one set where we were filming with a guy called The Jigsaw Man which was a character made up of 16 different people sewn together of different body parts.

“But the roof that day was made of tarpaulin but halfway through the day it starts tipping it down with rain.

“We’re filming this quite intense scene and about halfway through the roof just collapses.

“Water everywhere and we were kind of like ‘Ok, crack on’.”

DON’T MISS…
Country Comfort cast: Who is in the cast of Country Comfort? [CAST]
What happened to Buddy in Ozark? [EXPLAINER]
Truth about Adele and Rob teased through colours in Behind Her Eyes [CLUE]

The Irregulars is about a group of misfits who are tasked with solving crimes and supernatural goings-on in London.

They team up with the likes of Sherlock Holmes and John Watson to try and figure out what’s happening to the capital as things start to get very strange.

Unlike other adaptations, The Irregulars has a sci-fi twist where someone has opened up a rip in the universe, causing two worlds to collide.

But will the world-famous detective, Dr Watson and teenagers be able to stop things from getting out of hand?

The end of The Irregulars will not be any time soon as Netflix has already renewed the show.

Season one hasn’t even premiered yet and plans are already being made for season two.

A possible release date hasn’t been revealed so far for the next series but filming is going to commence this summer.

The Irregulars will be released from Friday, March 26, on Netflix.