Christine Quinn is one of the most talked-about cast members on the Netflix reality TV series, Selling Sunset. The series follows real estate agents as they sell some of the most luxurious homes in LA. There is plenty of drama in the series and Christine has revealed why Chrishell Stause has blocked her.

Chrishell Stause and Christine Quinn are two of the biggest personalities on Selling Sunset and they have both been at the forefront of the drama.

The pair fell out in season one when Christine argued with Chrishell over a private chat Chrishell had had with Davina Potratz.

Davina and Chrishell had been talking about Mary Fitzgerald and Romain Bonnet’s relationship, and the 10-year age gap.

Christine called Chrishell a “b****” and said she was acting “shady”.

Chrishell later confronted Christine over the fact she had asked other agents not to like Chrishell’s Instagram posts. 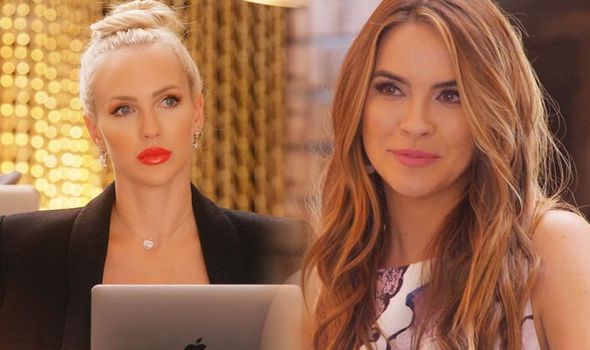 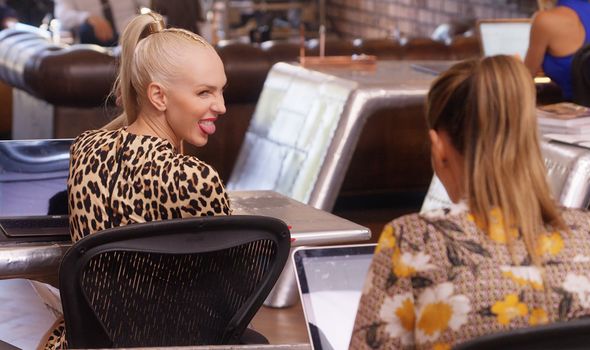 Their feud has continued across the series and season three is due to air on Netflix in August.

Speaking to Entertainment Tonight, Christine said she had an inkling as to why Chrishell has blocked her on social media.

She said: “It’s nothing bad, I didn’t like her at the time and I was being funny and hearting certain comments.

“It’s not a big deal, I think we have come really far from season one.”

Christine also explained how the pair fell out after Mary said she could no longer trust her.

She said Mary had stopped “calling and reaching out” to her when the cameras stopped filming. 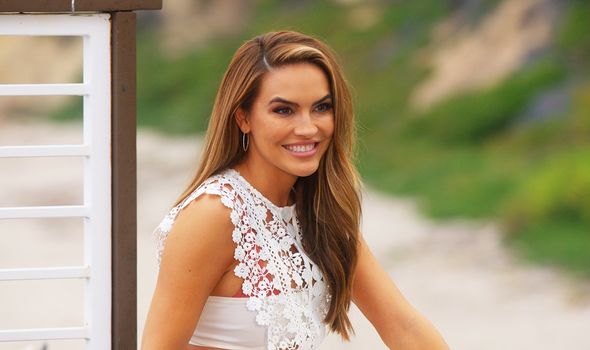 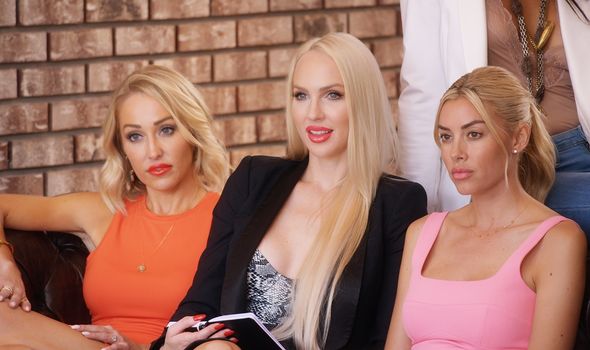 She said: “When we went into season two I probably hadn’t talked to [Mary] for six or seven months.

“So there was a lot of miscommunication going on and it just kept building and building.”

At Mary’s wedding, she tried to make amends but she said it was difficult to fix the dynamic between them.

Some people have suggested her popularity on the show has caused other members to become envious.

She said she hoped that was not the case but she could see people’s egos being affected.

Christine said both Chrishell and Mary “really hold grudges”, so there is no sign of them making up any time soon.

But she hoped they could become friends again in the future, saying it was exhausting and it was time to move on.

Chrishell has openly said in interviews she has blocked Christine on social media, but she has never revealed why.

But Christine has now revealed it was due to the fact she had been liking certain comments on Chrishell’s posts.

Chrishell said she would be open to fixing her relationship with Christine in the future.

Season three is due to land in August and Christine will steal the spotlight as the new season includes her wedding.

She was married to husband Christian Richard and had kept her wedding on the down-low until the end of last year.

One fan said: “Christine from Selling Sunset wakes up every day and chooses chaos.”

She is known for “saying it how it is” and fans have mixed opinions about her approach to the show.

Selling Sunset is available to watch on Netflix now