Netflix recently dropped seasons one and two of Cobra Kai after acquiring it from YouTube. The show follows on from the wildly popular Karate Kid movies of the Eighties with Ralph Macchio and Billy Zabka reprising their roles as rivals Daniel LaRusso and Johnny Lawrence respectively. But are any of the other cast members from the original Hollywood films in the TV series Cobra Kai, particularly Pat Morita’s Mr Miyagi?

Is Mr Miyagi in the Cobra Kai series?

Cobra Kai takes place 30 years after the events of the 1984 All Valley Karate Tournament with Danny and Johnny now adults.

While Danny owns a successful car dealership and has a family, Johnny is divorced and down on his luck.

In a last-ditch attempt to resurrect his glory days, Johnny reopens the Cobra Kai dojo and starts teaching kids karate there.

Once Daniel finds out about Cobra Kai, he decides to open his own dojo and soon the pair are again at war. 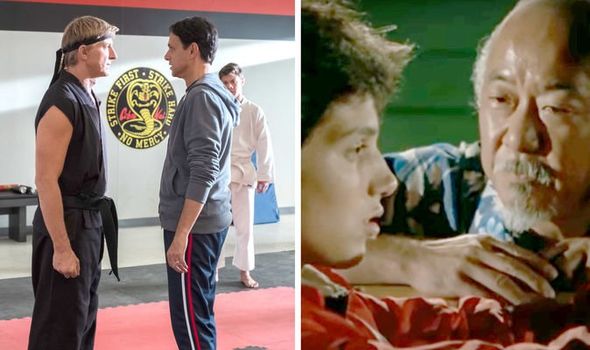 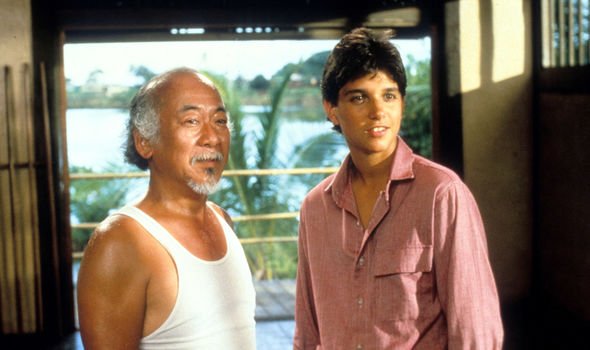 Sadly, Mr Miyagi isn’t in the Cobra Kai series, this is because actor Morita died back in 2005 at the age of 73.

Morita starred as Mr Miyagi in The Karate Kid parts one to three, reprising his role for the fourth outing titled The Next Karate Kid starring Hilary Swank rather than Macchio as his student.

Morita was nominated for an Oscar for his performance in The Karate Kid and his character is iconic.

Despite the star dying, the character of Mr Miyagi was honoured in Cobra Kai with Daniel visiting his grave in a touching scene. 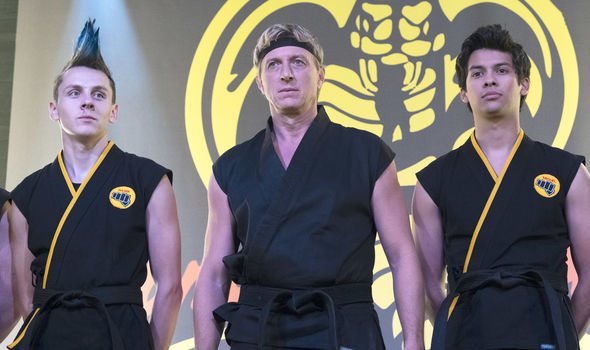 The show will have references to Mr Miyagi throughout it even though Mortia is no longer around.

Cobra Kai also features never-before-seen footage from the Karate Kid movies, which will hark back to the show’s roots.

Speaking to the Hollywood Reporter in 2018, shortly before the launch of Cobra Kai, Macchio said it had been important for the series to honour Morita and the character of My Miyagi.

The star said: “It was important to me that Pat’s legacy was not lost, even though the whole concept was about the rivalry between Daniel and Johnny Lawrence.” 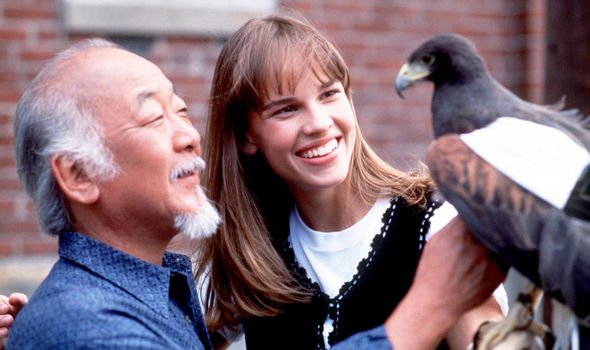 Macchio described Mr Miyagi’s character as the “human element” of the show, which came from late star Morita.

The star added: “We’re not here without Pat Morita’s performance in that film.

“The heart and soul of the Karate Kid universe are the teachings of Mr. Miyagi.”

In the show, Daniel will be trying to navigate the world without his “human Yoda” as his old feud with Johnny is reignited and the pair have opposing philosophies.

Macchio said Daniel longed for the wisdom previously bestowed to him by Miyagi.

He said of his character’s story arc in Cobra Kai: “It was important that [Mr Miyagi] was infused in adult Daniel’s journey, as well as in what he hands down to his kids.”

Along with archive footage from The Karate Kid movies, viewers can see scenes where Daniel is teaching kids martial arts in a montage with Mr Miyagi’s unique tutelage techniques involving household chores.

Macchio admitted to the Guardian how the sequence proved to be an emotional watch for him.

He said while filming on Cobra Kai, he always thought back to his rehearsals on The Karate Kid with Morita.

Cobra Kai is already proving popular with viewers and Netflix has given the show the greenlight for season three.

Just when the next series come out is not clear, but Cobra Kai has certainly reinvented The Karate Kid franchise for a new generation.