Emma (played by Alexandra Mardell) has never had much luck when it has come to romance on Coronation Street, having been rejected over and over again. However, viewers of the ITV soap have seen her catch the eye of newcomer, Curtis (Sam Retford), and it seemed from their initial meeting there was a spark between them. Steve (Simon Gregson) had other ideas when he realised the new heartthrob of Weatherfield had been involved in an altercation with him. As his fury continues to build, will the father-of-three drive away his eldest child by causing a rift in the new romance?

In scenes airing earlier this week, Steve was raging to see his daughter sat with the man who had accidentally collided with the stalwart on his bike.

What he didn’t realise was the reason Curtis had turned up on the cobbles was to give him his phone back after the father-of-three dropped it in the incident.

This still wasn’t enough for the taxi driver to let his guard down and he made the situation between his daughter and her new love interest very difficult.

It was only two years ago Steve discovered the Rovers Return barmaid was his child following an affair with Fiona Middleton (Angela Griffin).

Therefore, he hasn’t really had a chance to be protective over his firstborn before and his actions could cost her a relationship. 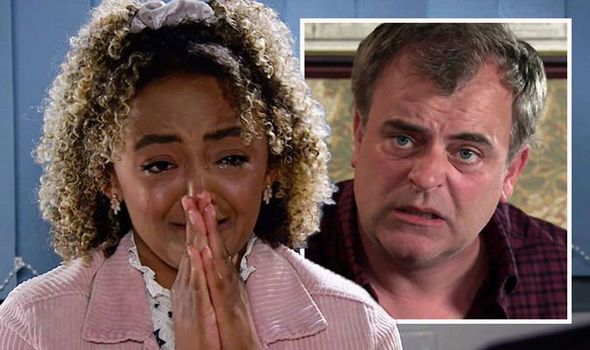 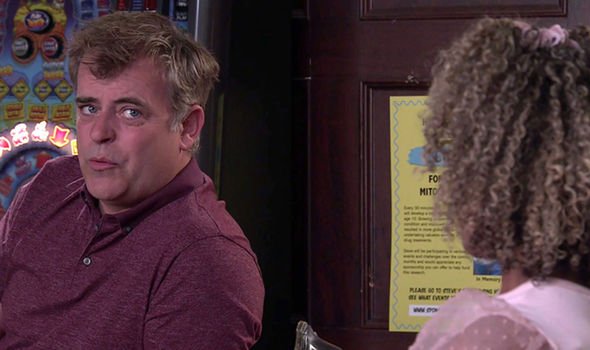 Having noticed a chemistry between Emma and the newcomer, Steve could issue Curtis with a sinister warning, instructing him to leave the barmaid alone.

With the heartthrob getting the message loud and clear, he could ignore all the messages he receives from the stalwart’s firstborn.

Seeing his daughter so upset, Steve’s conscience could get the better of him and he might confess to what he did to drive the newcomer away.

Furious with her father for interfering in her love life, the beloved character would give him a stern talking to.

Angry with the betrayal, the barmaid could pack her bags and tell her family on the cobbles there is no future for her if Steve is still around. 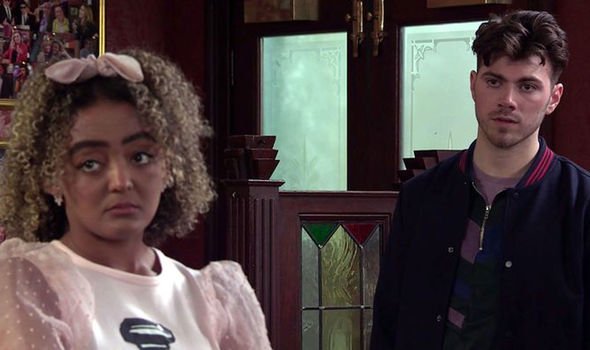 There’s some drama with Steve

Saying her goodbyes, Emma could tell her father she never wants to see him again as she wants to enjoy a romance without Steve prying around the corner.

Speaking to Express.co.uk and other publications, the actress who plays Emma, Alexandra, explained how the stalwart really feels about his daughter catching Curtis’ eye.

The soap star said: “Curtis is her hero from day one and she is so excited to introduce him to Steve until it all goes wrong because they already know each other.

“Steve is not happy with him,” she said – so is Emma going to miss out on another chance of romance because of her interfering and overprotective father?

Discussing her character’s experience of romance, the actress added: “She’s given it a good go, hasn’t she?” 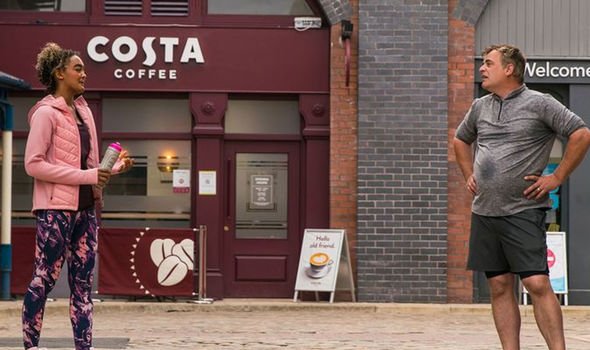 “But I think she goes running it way too quickly, gets way too obsessed and then, unfortunately, it turns out they’re not her Prince Charming,” Alexandra explained.

“As soon as she sees an attractive young man, she’s already got herself thinking about the possibility [love] could happen.”

Talking about whether her character Emma likes Curtis, the soap star said: “I wouldn’t say it is love at first sight.

“There’s some drama with Steve but she’s always considering if this could be The One. Curtis is just charming and he’s really intelligent.

“He’s hard-working and they have a role-play interview situation and she’s really impressed. He is just so lovely and romantic and helpful.”

“Emma needs that right now and she needs someone who is going to look after her for a change,” the actress added.

Asked whether she would like to see her alter-ego have a happy ending, Alexandra said: “Yes, definitely. It’s about time.

“I think it would be nice for her to meet someone who is right for her,” she explained but will this mean leaving the cobbles for good?

Newcomer to the soap and the actor who plays Curtis, Sam, has spoken out about joining the cast and becoming a love interest for Emma.

The soap star said: “I would describe Curtis as very determined, very hard-working, and he’s really curious as well.”

“He’s quite a nervous guy as well, which I think is really nice, as I’ve not really played anyone like that,” Sam added.

“In Emma, Curtis sees a fresh start and I think that’s exciting for him. Once he sees that someone is taking him under their wing, I think he really likes that.

“He tries to win Emma over,” he explained before talking about how helpful his co-star Alexandra has been to him.

“My first day on set was great. It was super overwhelming, not through any fault of the people there. Everything I heard coming into it was that I was going to have such a lovely time because of the people in it.

“That’s absolutely true and testament to Ali Mardell for helping me through it. She’s been wonderful, helping me feel very welcomed.”