Yasmeen Nazir’s (played by Shelley King) trial is on the horizon after she stabbed the abusive Geoff Metcalfe (Ian Bartholemew) in the neck a couple of months ago. However, last night Geoff managed to get a hold of Alya Nazir’s (Sair Khan) phone and called Yasmeen in prison. He said he would drop all charges if she came home and promised things would go back to the way things were. In upcoming scenes though on Coronation Street, after coming face-to-face with someone she never thought she would have to deal with, Yasmeen could be set to flee prison. Will she survive?

Yasmeen was horrified last night on Coronation Street when she received a phone call from Geoff.

After months of not being allowed to speak to her abusive husband, he put forward a deal.

Geoff said he would happily drop all charges against Yasmeen if she came back and promised to be the woman he had married again, which horrified viewers.

Yasmeen was taken aback and torn because as viewers know, she is still confused as to whether or not Geoff is a good man despite having to deal with months of abuse at his hand. 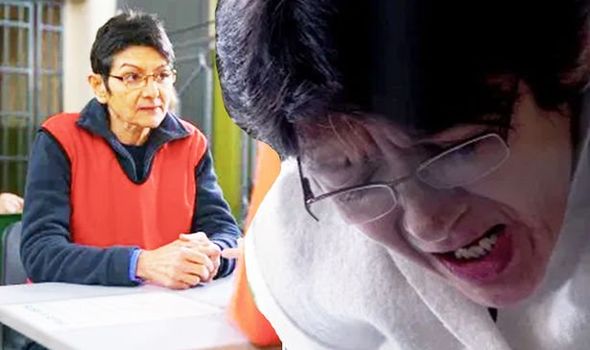 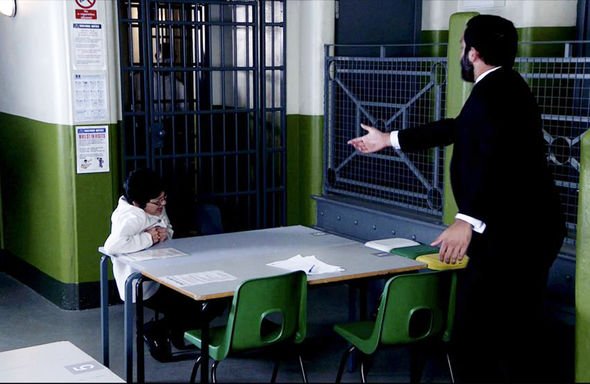 Things are about to take a shocking turn in the ITV soap though after it’s announced Yasmeen is set to receive a visitor in prison, a woman she has never met before.

Yasmeen will tell her cellmate Lucie (Nicola Duffett), someone is coming to see her from a women’s charity, completely unaware that this woman could be her ticket out of jail.

However, when Elaine (Paula Wilcox) arrives revealing how she knew Geoff in the past, Yasmeen won’t know how to deal with the information.

Earlier this month it was announced that Geoff’s ex-partner Elaine would be landing in Weatherfield, but what does this mean for Yasmeen’s case? 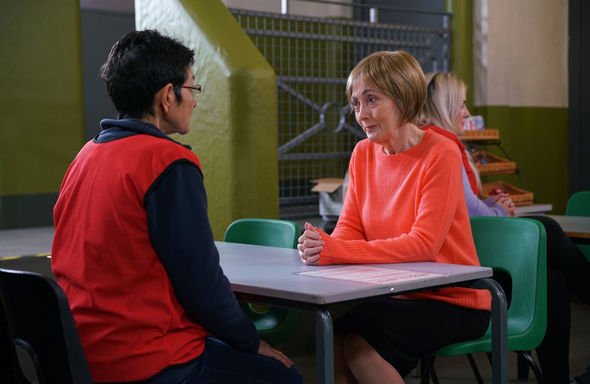 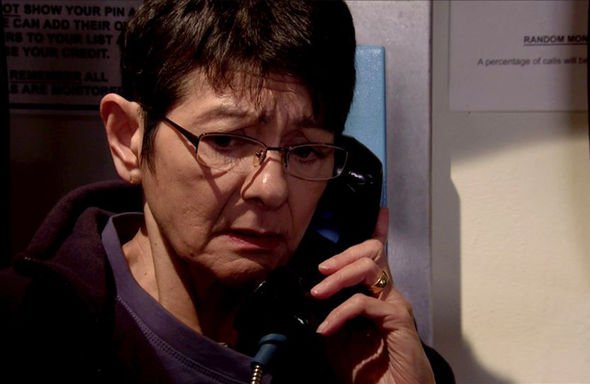 Lucie will later hand Yasmeen a book on coercive control, but the visit from Elaine along with the information in the book will rattle her just days before her trial.

The day of the trial will arrive, and Yasmeen will be forced to confess to Imran Habeeb (Charlie Demelo) she was visited by a woman claiming to have been abused by Geoff in the past.

Imran promises to go and find her, knowing she is likely to be the key to freeing Yasmeen from Geoff’s clutches once and for all.

However, as Imran gets set to leave, Yasmeen will collapse on the floor and be rushed to the hospital.

Could Yasmeen fake stomach pains in a bid to escape her trial?

Viewers know what sort of power Geoff holds over Yasmeen, but at the moment she could decide this is the only way out.

But, she could be in grave danger without the safety of the prison stopping Geoff from getting near her.

When Geoff realises where she is, he will no doubt will find her, but what will he do if he isn’t allowed in to see his wife?

All viewers want to know at the moment is just when Geoff will finally be exposed, after so many harrowing scenes in which Geoff broke Yasmeen down bit by bit.

With the support of Alya, Sally Metcalfe (Sally Denyevor), Lucie and now possible Elaine, this could finally be the push Yasmeen needs to confess to everything that has been going on behind closed doors for so long.

Will Yasmeen be able to escape Geoff’s clutches before he is able to snatch her back?

Could he even kidnap her once she is free in one last-ditch attempt to keep his control?