Dan Walker returned to the BBC Breakfast sofa alongside Louise Minchin after enjoying the Easter break at home. The pair had plenty to get through on his return, including chats with Shadow Health Secretary Jonathan Ashworth and Vaccines Minister Nadhim Zahawi. However, when discussing the buy-out of collapsed retail outlet Peacocks, Dan was forced to explain.

Addressing the news that Peacocks had been bought out by a new group of investors, Dan shared the latest with BBC viewers.

He said: “The collapsed retail fashion chain, Peacocks, has been brought out of administration after a group of international inventors stepped in.

“The last-minute intervention staved off the threat of closure for 200 stores and the loss of about 2,000 jobs.”

Neither Dan nor Louise addressed the fact Dan had said “inventors” before they cut to Carol Kirkwood for a weather update. 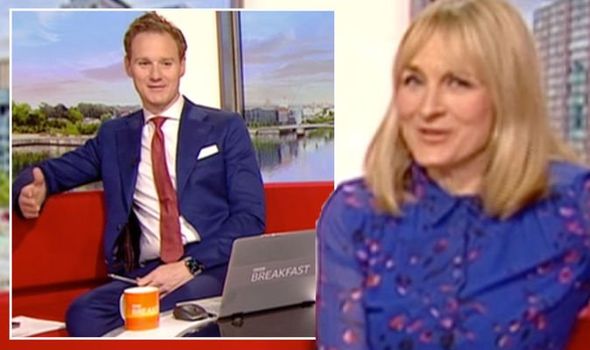 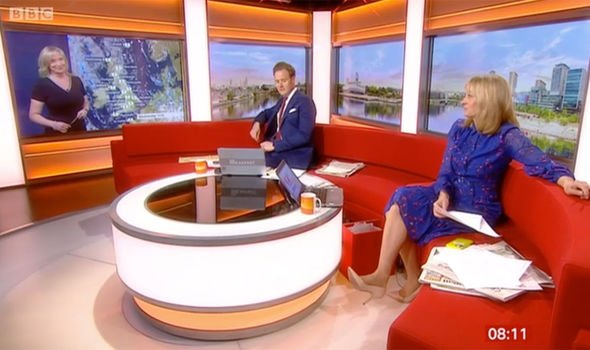 As the cameras returned to the studio after Carol’s latest frosty report, Louise wasted no time in making Dan explain.

“Thank you, Carol,” Dan said. “I probably need to clear something up.”

Letting out a laugh, Louise agreed: “I think you need to clear something up which you’ve just said.

Rather red-faced, Dan came clean: “I think I might have said ‘a group of inventors’.” 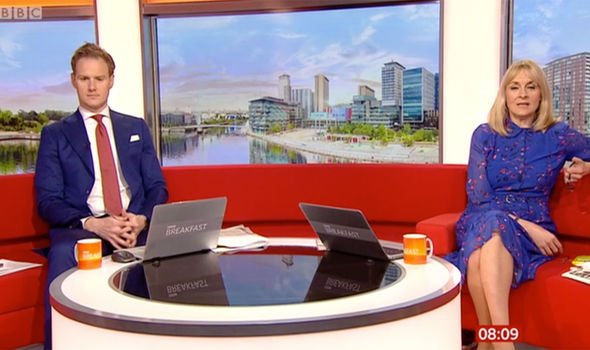 Seeing the funny side of her co-host’s admission, Louise joked: “You think you might?”

Dan continued: “(They) were thinking of saving Peacocks. It was actually investors of course.

“It’s not like Alexander Graham Bell and Thomas Edison got involved is it?”

Louise then weighed in with her thoughts: “I thought what do you know about Peacocks that I don’t?”

Dan continued to joke: “I saw you kind of look at me when I was talking about that,

“You were like ‘What are you on about, Walker?’ Investors, not inventors,” he clarified.

Louise managed to regain her composure to move on with the rest of Tuesday’s show.

However, the moment didn’t go unnoticed by a number of viewers at home who were quick, like Louise, to jump on Dan’s error.

“Thought Dan was plugging a new series of Dragons Den there. This time the inventors themselves look to waste their hard-earned cash on spent town centre retail. #BBCBreakfast,” one fan joked on Twitter.

A second added: “Oh Dan…I was intrigued by the prospect of ‘inventors’ coming to the rescue to keep the Peacocks stores going @mrdanwalker @BBCBreakfast.”

Spotting the mix-up the first time around, a third weighed in: “Did Dan mean investors? Just wondering why international inventors would buy Peacocks?#BBCBreakfast.”

While a fourth was similarly confused: “Did Dan just say that Peacocks had been brought out of administration having been bought by a group of inventors?? @BBCBreakfast.”

BBC Breakfast continues daily at 6am on BBC One.