BBC viewers will get to tune-in to Doctor Who when it makes its epic return on New Year’s Day. The upcoming special sees The Doctor watch from afar as she remains imprisoned somewhere unknown in space. With Yaz (Mandip Gill), Ryan (Tosin Cole) and Graham (Bradley Walsh) having to step-up in her absence, it will prove a hard watch when the latter duo make their exits, with remaining cast member Mandip admitting their exits are “gutting.”

The Doctor was last seen banished to an outer-space prison in the season 12 finale after coming face-to-face with the Cybermen.

This is where fans will meet with her once more when the show returns in just a few weeks time.

The ‘Revolution of the Daleks’ special sees The Doctor’s ultimate nemesis’ make an untimely comeback.

And despite Captain Jack Harkness (John Barrowman) making a welcome return, Graham and Ryan will soon be on their way out. 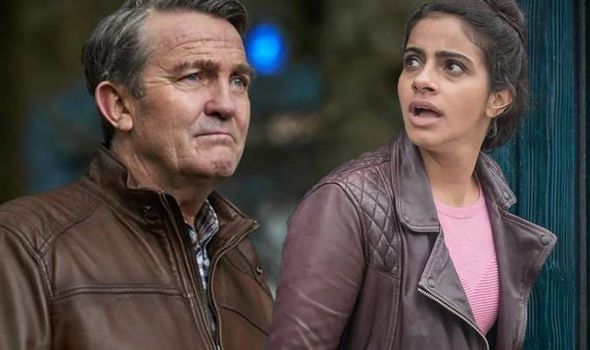 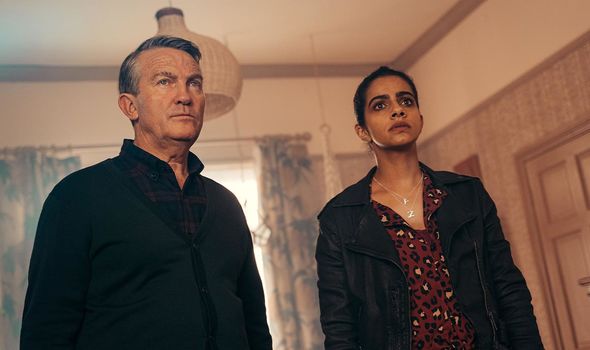 Speaking ahead of Bradley and Tosin’s exits, Mandip made her sadness clear.

She said: “It’s gutting. We knew it was coming so we’ve had a while to get our heads around it.

“Brad and Tosin are such big characters, and I’ll really miss them on set.”

The pair will decide to end their travels with The Doctor after they face their toughest challenge ever against the Daleks. 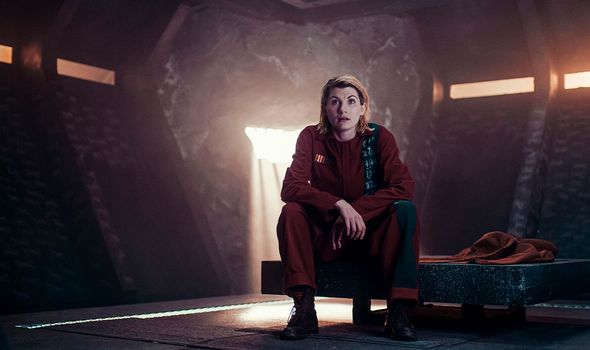 Doctor Who: Bradley Walsh and Tosin Cole star in 2019

But Mandip’s character Yaz will buck the trend and remain alongside the Time Lord for season 13.

Opening up on why she wanted to remain in her role on the sci-fi series, Mandip explained: “I just thought, “I’m not ready for this journey to end.”

“Why leave something if you’re enjoying it, it’s working and there’s development?

“I don’t know when it will end for me because as a person and as a character, there’s so much more to explore,” she added to Radio Times.

DON’T MISS…
Doctor Who: Time Lord to meet Marilyn Monroe? [INSIGHT]
Doctor Who boss spills all on why Captain Jack was written out [EXPLAINER]
Jodie Whittaker net worth: Doctor Who actress has eye-watering fortune [MONEY]

Mandip and Jodie will both be back in their roles for season 13 which resumed filming last month.

Fans of the show on Twitter were sad to hear both Tosin and Bradley would be leaving the programme in the upcoming instalment.

“I’ll be sad to see Bradley Walsh & @TosinCole leave #DrWho after #RevolutionoftheDaleks but so pleased that Mandip Gill is staying aboard the Tardis for series 13. Absolutely here for learning more about Yasmin. #DoctorWho,” said one.

Another commented: “I wish he was staying so much. Bradley Walsh has been absolutely fantastic as Graham. Here’s hoping he does some Big Finish. #DoctorWho.”

A third weighed in: “Bradley Walsh was the best thing about the current #DoctorWho. The wrong person is leaving…”

“Gutted about this, they’re both brilliant, but Bradley Walsh’s Graham, in particular, is one of my top favourite companions ever #DoctorWho,” said a fourth.

It’s not yet known whether the pair will be replaced with one – or even two – new companions.

But with some emotional scenes surely inevitable, will both Graham and Ryan depart the show alive?

Doctor Who returns on New Year’s Day to BBC One.