As usual, one of the This Morning agony aunts were on hand to offer advice to viewers. On Tuesday morning, Vanessa Feltz was offering advice and she lost it at one caller’s bridesmaids who was making their life incredibly difficult. Phillip Schofield was quick to agree with Vanessa but Holly Willoughby was horrified they were both quick to “drop” the caller’s best friend.

Caller Lydia rang in asking if it was acceptable to “sack” her bridesmaid for causing trouble.

Phillip explained: “No, you don’t disinvite her but you say you’re going to give the bridesmaid job to someone who gives a damn.” 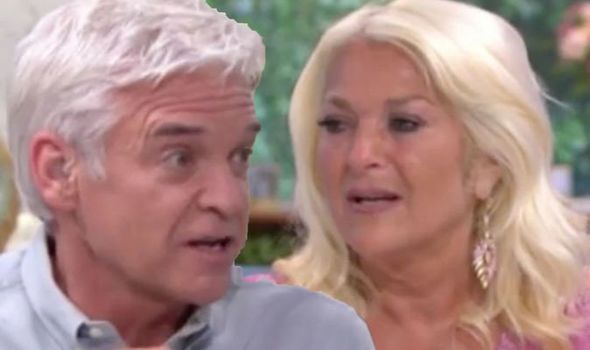 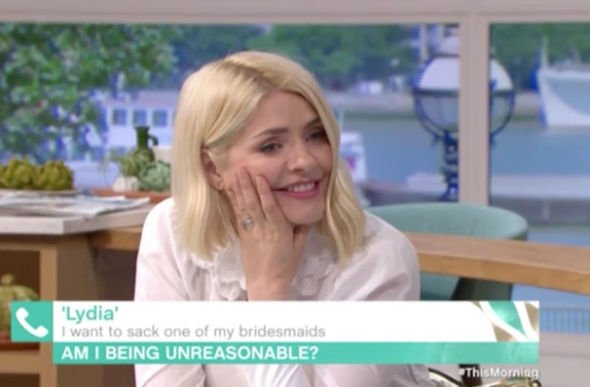 “It’s meant to be an honour!” Vanessa added. “She’s not treating it as such.

“She is making your stress worse. Bridesmaids are supposed to help you and make you feel great. She is the bridesmaidzilla.”

Phillip raged: “All she’s doing at this point is making you unhappy.”

“What’s the point of that?” Vanessa added. 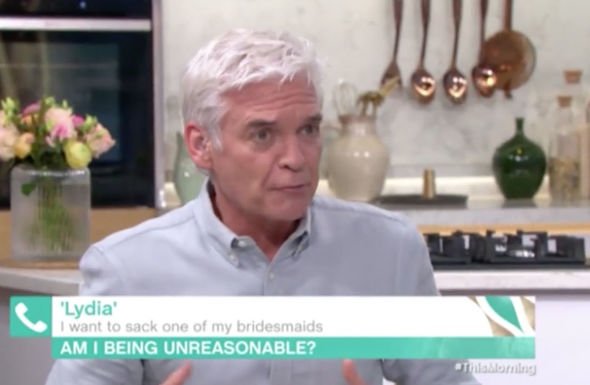 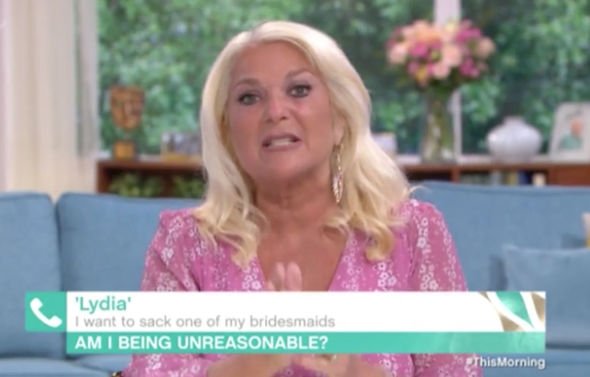 But Holly disagreed: “I think you’re judging a whole lifetime of friendship on the past year which has been difficult for everybody.”

“But for brides, it has been harder than for almost everyone else, they need all the support they can get,” Vanessa argued.

Elsewhere on This Morning, Phillip hinted the mysterious H would be revealed in Sunday’s Line of Duty.

The presenter confirmed they would have a special guest on the Bank Holiday Monday instalment following the Line of Duty finale.

“The country is gripped by Line of Duty, we have, and all I’m allowed to say, is on Monday’s show a very exciting guest, pertaining to that show,” Phillip teased.

Holly added: “I’m glad you’re saying this not me because I would have definitely messed it up.”

“I’m treading the line of what we were told we were allowed to say this morning and I think I’ve gone right down the middle,” Phillip laughed.

This Morning viewers were quick to guess Phillip had confirmed H will be revealed before their appearance on the show.

“Wonder if this special guest is H after H is revealed on Sunday…. hopefully #ThisMorning,” one viewer wrote on Twitter.

Another added: “So H can’t be Carmichael because she was on yesterday and why would they have her on a week before if they were having her next week after the reveal #ThisMorning.”

This Morning airs weekdays on ITV at 10am.