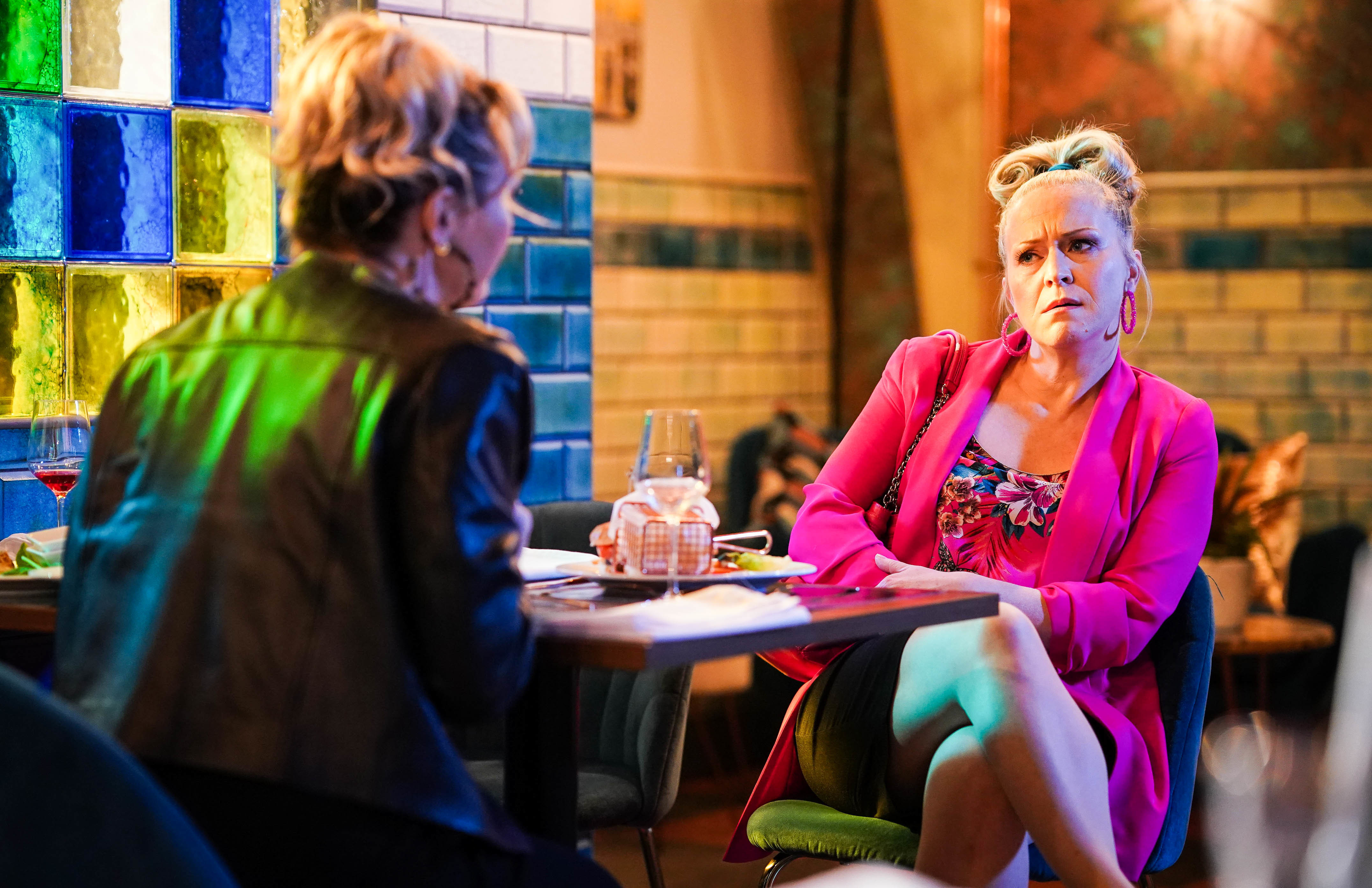 Janine Butcher (Charlie Brooks) is on a mission to get rid of Linda Carter (Kellie Bright) in EastEnders, concerned that her continued presence in the Square could result in her reuniting with Mick (Danny Dyer).

The schemer, as viewers know, is currently in a relationship with pub landlord Mick, after successfully meddling in his marriage, causing conflict between he and Linda.

Her devilish actions resulted in Linda turning to the booze, but the landlady’s return to Walford has left Janine on tenterhooks, as she’s fearful of the evident chemistry still between the once-happily married couple.

Those around her have done little to settle her fears, with Whitney Dean (Shona McGarty), Billy Mitchell (Perry Fenwick) and Sonia Fowler (Natalie Cassidy) all warning her that Mick will eventually find his way back to soulmate Linda.

Desperate to get Linda out of the picture, Janine begins to scheme once more, and after overhearing Jada (Kelsey Calladine-Smith) voicing her concerns about Linda’s drinking, she confronts the teen and urges her to stand her ground.

Linda subsequently receives an ultimatum from Zack Hudson (James Farrar), who has spoken to Jada, and he demands that the landlady reduce her drinking, or he will kick her out of Sharon Watts’ (Letitia Dean) home.

Mick, meanwhile, makes it his mission to throw a jubilee party, and Linda overhears and offers to assist.

Soon enough, the couple are getting along like a house on fire, and it’s just like old times.

Janine’s concerns grow once more, and thus she issues Linda with a few harsh words, which results in her hitting the bottle.

Despite her efforts, Janine just can’t seem to get rid of Linda, and thus, the following week, she devises one final plot, hoping to finally fulfil her wish.

Determined to have Mick all to herself, Janine confronts Linda in Walford East, and makes her an offer to leave Albert Square for good.

The question is: will Janine’s plan pay off?

Will Linda take her up on such an offer? Or is she determined to stay and fight for her husband, pub and family?

EastEnders airs these scenes on Tuesday May 17 at 7:30pm on BBC One.