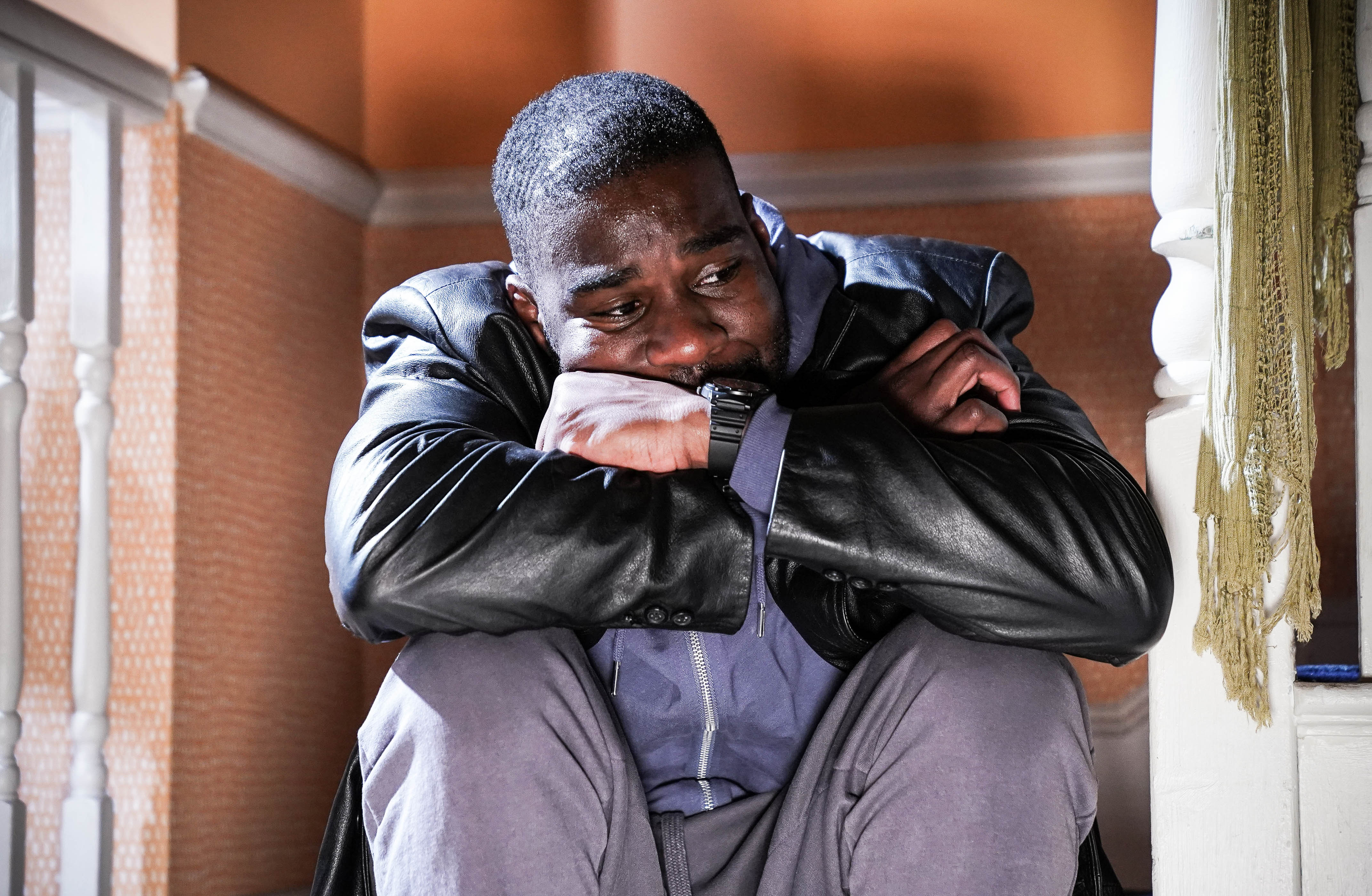 Stevie Basaula made his arrival as Isaac Baptiste in EastEnders back in January 2020.

Since then, Isaac has become a firm favourite for many EastEnders fans. We’ve watched him settle into Walford life as a teacher, but his biggest storyline so far has seen him spiral into a schizophrenic breakdown.

This week, Isaac’s schizophrenia will take hold and in intense scenes, he will break into and shut himself in Ruby’s house.

It’s a storyline that explores polarising opinions and attitudes towards schizophrenia and Stevie Basaula has been speaking about what it’s been like play a character with this mental health illness:

‘It’s the most important work I’ve done. I feel blessed to be given the opportunity and to represent a community that aren’t always seen and portrayed accurately. I’m glad that I’m able to tell this story, it’s one of the reasons I wanted to go into the arts. I’ve felt challenged as an actor and I feel like I’ve grown as an actor too.

I hope it’s received well and I hope we got it right. I’ve done all I can so I hope they enjoy it. I’ve gained so much personally and if I could do it all again I would.’

‘It enabled me to empathise with people who have similar stories to Isaac’s’, Steve continued.

‘Much like Mind’s Media Volunteer Antonio, I had to really put myself into Isaac’s shoes to try to understand what it might be like for him. It came with some pressure, exhaustion, nerves but above all else a huge desire to get it right’.

Throughout this storyline, EastEnders have been working with the charity Mind to sensitively depict Isaac’s schizophrenia on screen.

As these upcoming scenes will be the most intense for Isaac so far, Stevie added how helpful the charity have been as they were on hand to help him during the filming:

‘Mind were amazing, their Media Advisory team advised on set and I’m so glad they were there because I would have felt a little bit lost without them.

It was nice to be able to check in with them during times where I was a little bit unsure about the direction I should be going, so they were amazing for that and I thank them.’

‘They were there at the end of every day to talk to, it was great’.