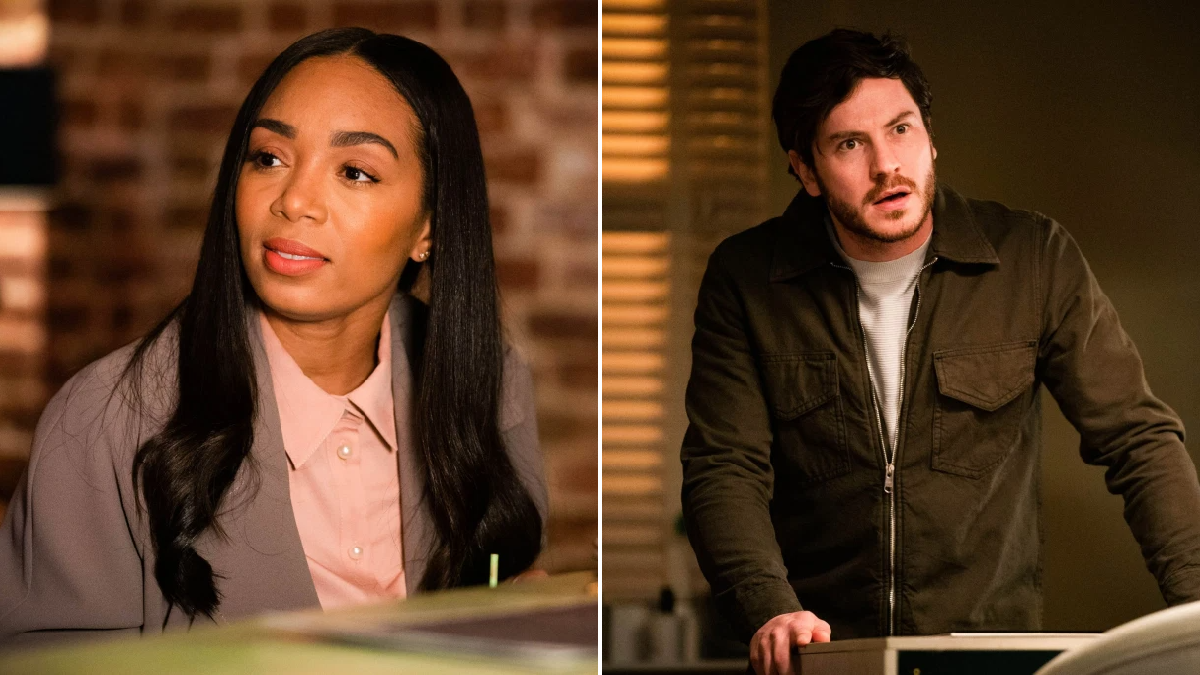 Viewers are right to be concerned as upcoming episodes will see Chelsea spend more time with Gray as she asks him for legal advice after being accused of burglary.

As Chelsea turns on the flirtatious behaviour to get what she wants, many may be wondering whether she’s the person to expose Gray for the murderer he is. However, as Zaraah Abrahams explains, her character isn’t set to pick up on Gray’s abusive behaviour just yet:

‘I don’t think she will to begin with, as she’s quite a fiery character. She’s obviously used to Caleb being nice to her but at a cost, but Gray’s abuse isn’t as obvious as Caleb’s. It’s more underlying, that gaslighting abuse.

Chelsea’s fun and flirtatious. She takes his mind off of the terrible things he has done and he just thinks – why not? He arrogantly believes he is deserving of bit of fun in his life and that’s what Chelsea represents at the beginning. Obviously, Chelsea has no clue what Gray is really like.’

Since Chelsea’s return, we’ve seen she’s prepared to do whatever it takes to get what she wants, and Zaraah has added how far she thinks Chelsea is prepared to go this time:

‘It’s a difficult one because she is attracted to him [Gray], obviously, but she wants to make sure that her legal battle is secured. When she realises that Gray feels the same, she’s not necessarily doing it for the free law advice anymore. There is a spark there and with that comes a few perks which makes the attraction stronger.

She also sees him as a highflier, someone who is doing well for themselves. To be able to have done well then, he must have done well in the law world. She’s that kind of girl. As soon as she puts her mind to something she doesn’t really see it going wrong until it’s gone really wrong.’