Too Close: Emily Watson stars in gripping trailer for drama

Tinseltown has regularly come calling her but she has refused to be wooed. Emily says: “I had an overwhelming sense that I could get lost. I was fearful of the whole set-up. I didn’t want to get sucked into it and I just felt that I had to hang on to my integrity because that would make me survive.” The Chernobyl actress has not suffered sexual abuse at work – but says she was aware something was not quite right in the industry.

The twice Oscar-nominated star went to school linked to a group nicknamed The Organisation which has been described as a cult.

She said: “Because of where I was brought up, I had an intense bull**** detector that was like an alarm bell going off, ‘Not safe! Not safe! Just be really careful here. Pick through this very carefully’.”

Last year the School of Economic Science paid nearly £1million in compensation to at least 45 former pupils for two decades of violence.

The mother of two described it as “quite strange and weird and a bit damaging. 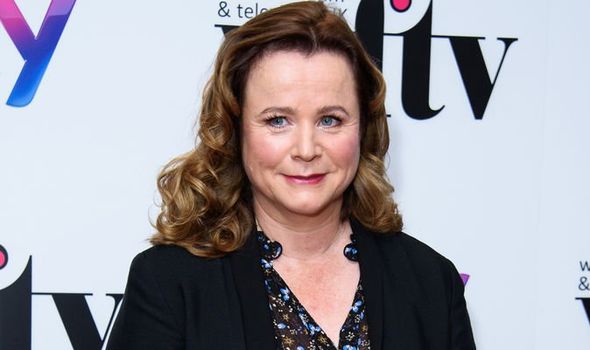 “Not so much to me as to other people. In some people’s lives it has had a very long-reaching trauma.” Emily, 54, who stars in ITV’s thriller Too Close next week, admits it took her a long time to recognise The Organisation for what it was.

She says: “For my dad, and possibly my mum, it gave a sense of validation and an intense sense of meaning and purpose. But because I was born into it, it took me a very long time till I got to the point I could stand back and see it.”

●Too Close starts on Monday on ITV. The full interview is in this week’s Radio Times.