Emmerdale: Kim talks to Will after she faked her death

Jamie (played by Alexander Lincoln) was grieving for the loss of his mother, Kim Tate (Claire King), as the latest instalments of Emmerdale got underway. What he didn’t realise was the ITV soap villain was alive and well and had faked her own death, with the help of Will Taylor (Dean Andrews), to expose her son as the person who had been poisoning her for months. However, as the pair of them went head-to-head, a whole manner of secrets and lies were unravelled and it seems the father-of-two could make a deadly exit from the village as a result.

When Jamie went to visit Home Farm to see where his mother died, he got the shock of his life when she walked back into the room.

Through a series of flashbacks, she explained how she came to realise it was her own son who was trying to get rid of her.

With no choice but to admit he was the one poisoning her, the father-of-two was left shaken to the core when his mother told him she had spiked his drink and he only had minutes left to live.

Believing he was going to die without saying goodbye to his children, the young man confessed why he wanted Kim dead.

He delved back into his past as he shared how the businesswoman was absent from his life having sent him to boarding school at a young age. 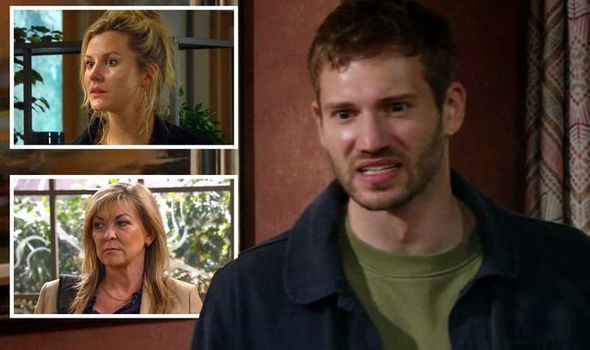 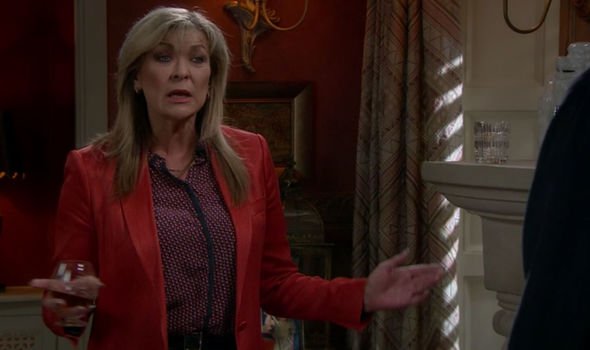 It was revealed one Christmas, Jamie’s appendix had burst and he was rushed to the hospital to have an emergency procedure.

“I could have died. They told you that, right? And when you did eventually come home, do you remember what you told me?

“You said that sickness was a sign of weakness, that I needed to take control of my life if I was ever going to make something of myself.

“The was the start, the start of you making me feel weak and ever since then, I’ve stood by and watched you use your power and control to destroy everyone around you.

“Me included. You can claim you’re disgusted by what I did but the truth is, it was your idea in the first place.” 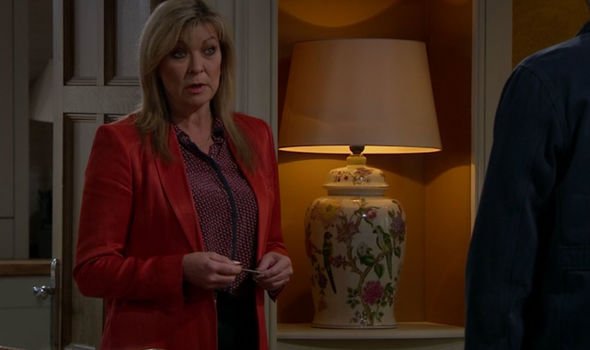 “I saw what you did and I couldn’t sit back any longer. I took your power and I used it against you,” he told his mother.

“I made you sick, made you weak. You once told me I needed to become the son you wanted me to be, all this is it,” Jamie declared.

After hearing the truth, Kim finally told her son he wasn’t dying and she had used her skills of manipulation to make him believe he was dying.

Following an extremely tense head-to-head, the father-of-one tried to apologise to his mother but she wasn’t having any of it.

“Just know, and I’m not lying this time, if you ever dare step foot in my home again, I will kill you,” the villain said as she issued a deadly threat. 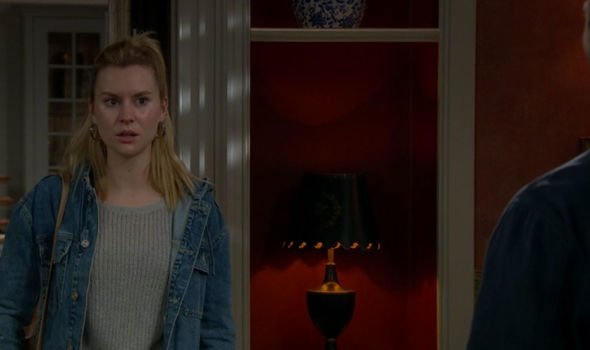 Just as he was about to leave Home Farm, Jamie was greeted by his distressed girlfriend Dawn Taylor (Olivia Bromley), who had thought the worst when her father Will told her Kim was going to take her revenge.

After finally hearing from the horse’s mouth that her boyfriend had tried to kill his mother, she said: “You did this for you.

“Don’t lie to me. Not again. You stood there and dared to call me a liar and you could’ve admitted [your guilt].”

“And risk losing you? I would’ve gone to prison and I knew you would’ve never forgiven me,” Jamie declared.

Admitting she no longer wanted to be with Kim’s son, Dawn told him: “If I’d have known [Kim was going to make you believe you were dying], I would’ve made sure there was poison in your glass.”

The episodes ended with Jamie walking out of Home Farm with no connection to the Tate empire anymore as his mother was seen sobbing in the kitchen.

In the coming weeks, his lifeless body could be found in the village and as a result, a whodunnit will launch as the police try to figure out who murdered him.

Having both said they would kill Jamie if, given the chance, Kim and Dawn could become prime suspects in the case with viewers.

However, it could be some time before fans discover who dealt the blow that ended the villain’s life.

Though, could the two women team up and take down the father-of-two together as they both seek revenge for what he’s done?