IMELDA Staunton has been pictured on the set of The Crown as The Queen for the first time.

The 65-year-old actress takes over the regal role from Olivia Colman for the fifth and sixth series of the hit Netflix show. 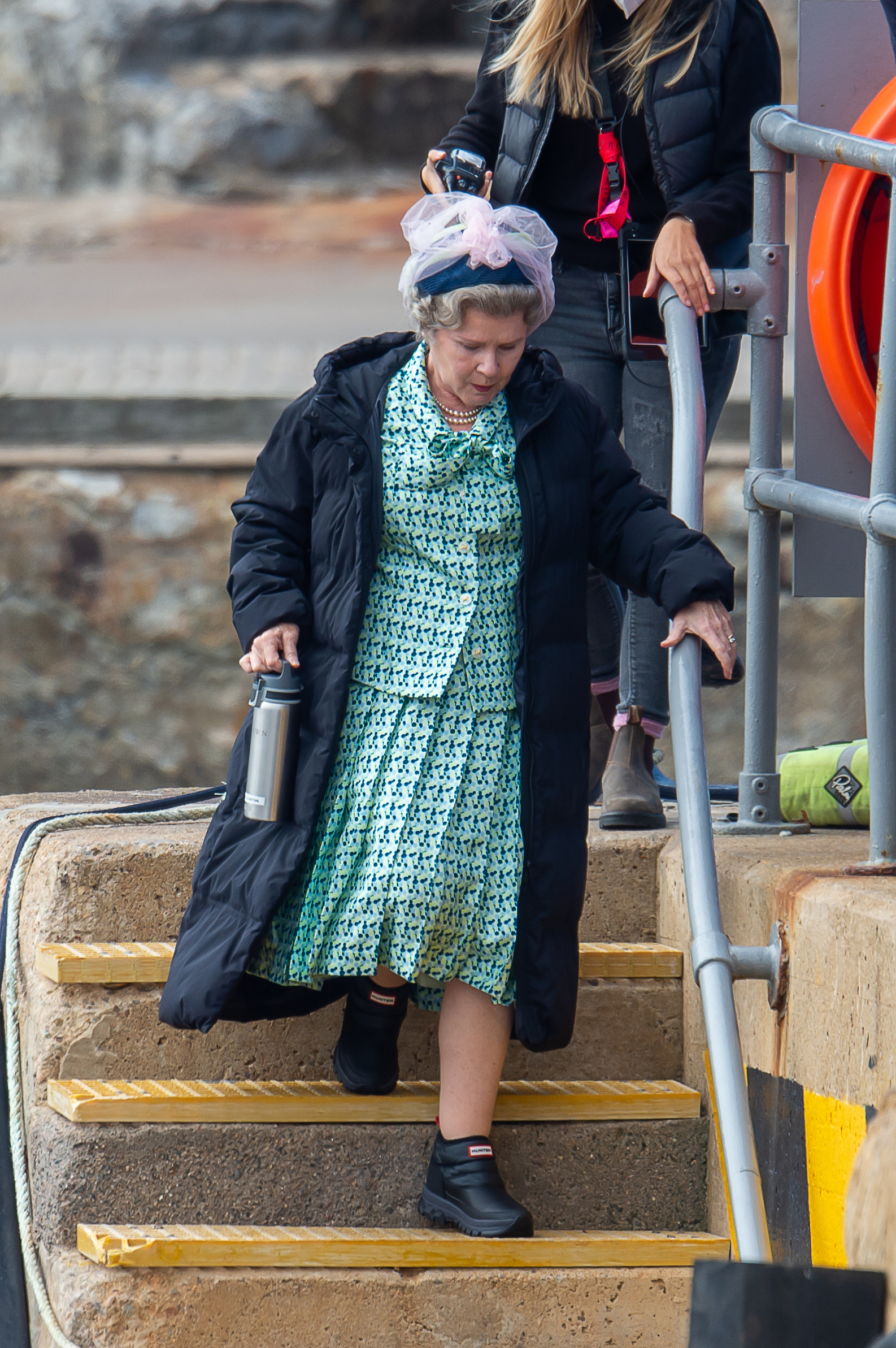 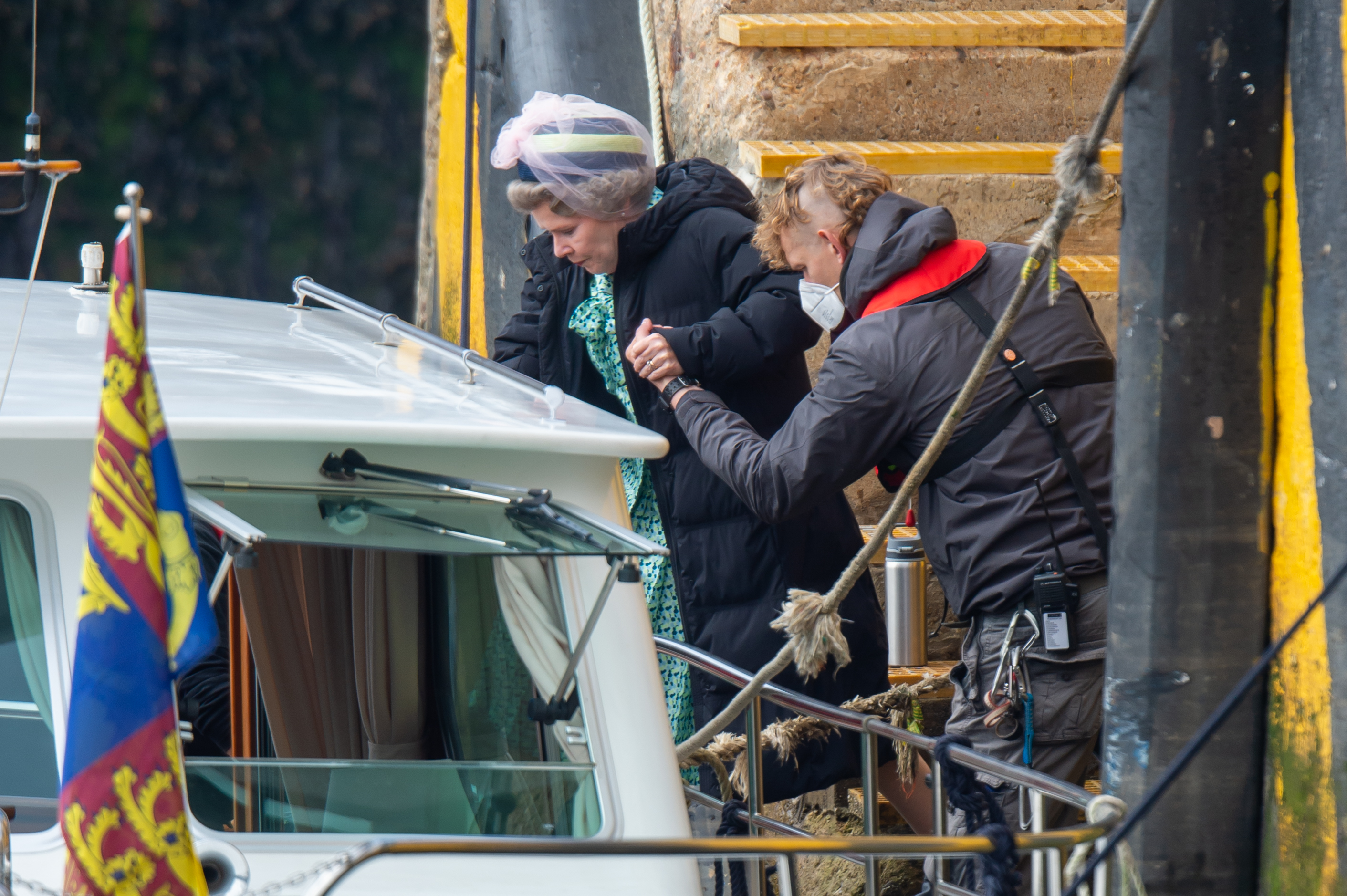 The first picture of Imelda as the Queen was released at the end of last week and now the actress has been seen on set in Scotland.

Imelda wore an aquamarine check skirt and matching suit jacket, with a navy raincoat over the top as she made her way onto a boat.

The actress also wore a small blue hat which was covered with a hair net until she got on board in Macduff.

Imelda then sat alongside a sailor in a face mask while wearing a life jacket.

Filming on season five started last month and the show is likely to air next year, with Dominic West playing her son, Prince Charles, and Elizabeth Debicki playing Princess Diana.

Season five covers the darkest years of her life, with the separation two of her sons from their wives, the great fire at Windsor Castle and the controversy surrounding the death of Princess Diana.

The Sun revealed two years ago how the sought-after role was going to Imelda – who is married to Downton Abbey star Jim Carter, 72, who played butler Mr Carson in the ITV period drama.

Meanwhile, The Sun revealed on Friday that Coronation Street legend Marcia Warren will play the Queen Mother in season five.

Marcia, 77, will play the most senior member of the Royal family from the age of 90 onwards in the fifth and penultimate season. 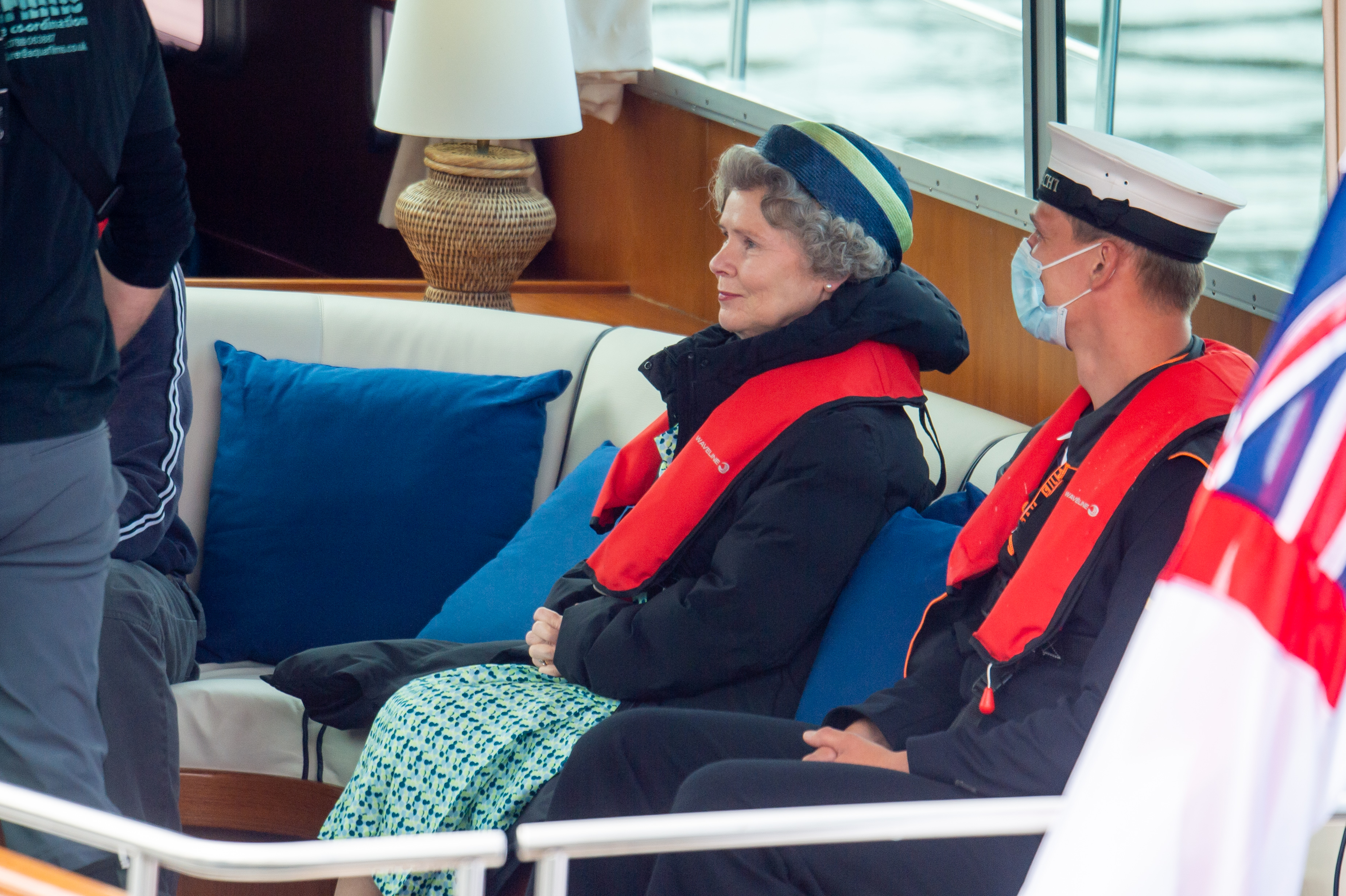 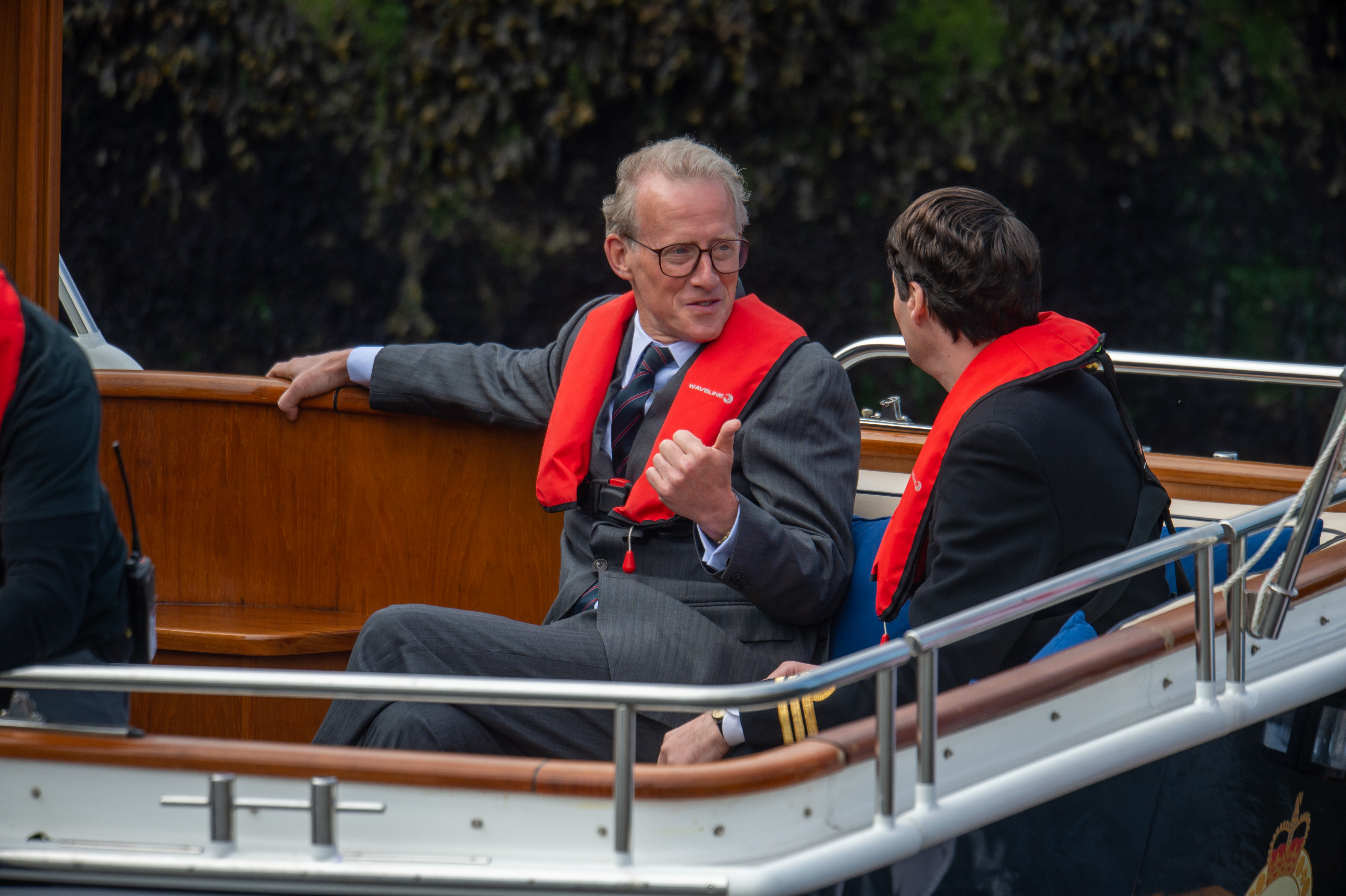 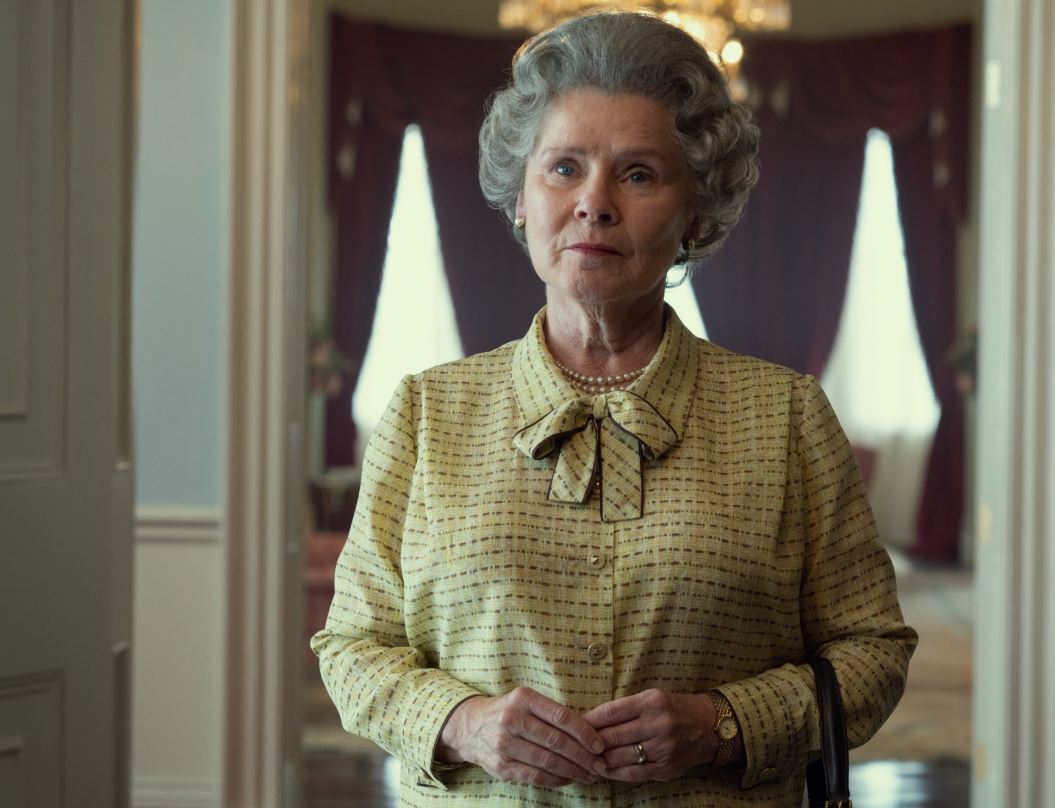 The Crown seasons 1-4 are available on Netflix.