Game of Thrones fans will remember the show-stopping moment when Arya Stark (played by Maisie Williams) showcased her admirable skills on the battlefield in a move no one had anticipated.

The third episode of the final outing saw the main characters come face to face with the enemy who threatened the very existence of Westeros – the Night King (Vladimír Furdík).

The battle saw numerous lives lost and as The Night King made a move towards Bran Stark (Isaac Hempstead Wright), it seemed the future king was the next to go.

However, in a dramatic turn of events, Arya pounced on him out of nowhere, stabbing him with the Valyrian dagger.

If Arya hadn’t got there in time, or was killed by The Night King this would mean Bran would never have been King.

Taking to the popular site, Reddit user alvarosas32 shared a theory of a darker future for the Seven Kingdoms.

In a theory fittingly titled Everything Burns Down, the user speculated what would happen should the Night King have won the Battle of Winterfell.

The user theorised: “There is a chance for the Night King to win at Winterfell and keep winning until he slays all the main characters. Perhaps some of them escape to Essos.

“The end would be a frame of the Night King sitting on the Iron Throne while the dragons destroy the walls of the Red Keep.”

Fans seemed intrigued by the theory as one user continued, adding his own version of just how the villain would achieve the win. 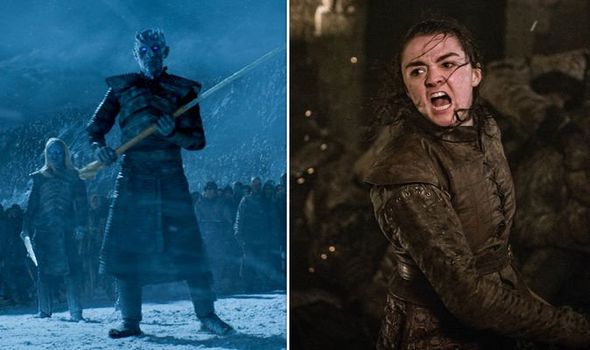 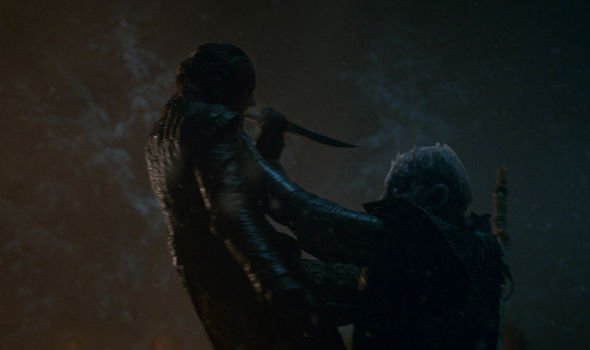 The user added: “I think it’ll be cool to see the Night King and his army roll right through Winterfell and kill a bunch of Jon/Danys army, but keep moving south towards Kings landing. Forcing Cersei to have her army face them.

“Meanwhile the Northern army collects its remaining forces and goes after the Night King, forcing him to fight two armies from the front and rear which the two armies will win. Then Cersei and the North are left to face each other.”

Meanwhile, another fan uncovered a huge clue from the books that may have foreshadowed Daenerys Targaryen’s (Emilia Clarke) dark side from early on.

The mad Queen quickly fell from grace towards the end of season eight after reigning fan-favourite for a number of years.

Reddit, user MarkoMD007 shared a snap of the text, which revealed one of Daenerys’ darker inner thoughts from earlier on in the books. 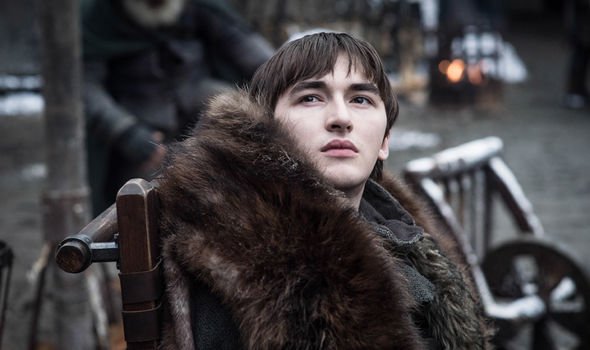 “No, Dany thought, and the Usurper’s dogs will learn that, when I return to Westeros.”

Fans were quick to infer the line foreshadowed Daenerys’ change of character and moreover, her plan to set fire to King’s Landing.

One user commented on the phrase “Usurper’s dogs”, with Usurper being a derogative term for someone who seized power in opposition to the “rightful” ruler perceived to have a better claim to the title.

The user said: “She literally said that that’s how she saw the people of King’s Landing when they didn’t turn on Cersei like the Slaves turned on the slavers in Meereen.”