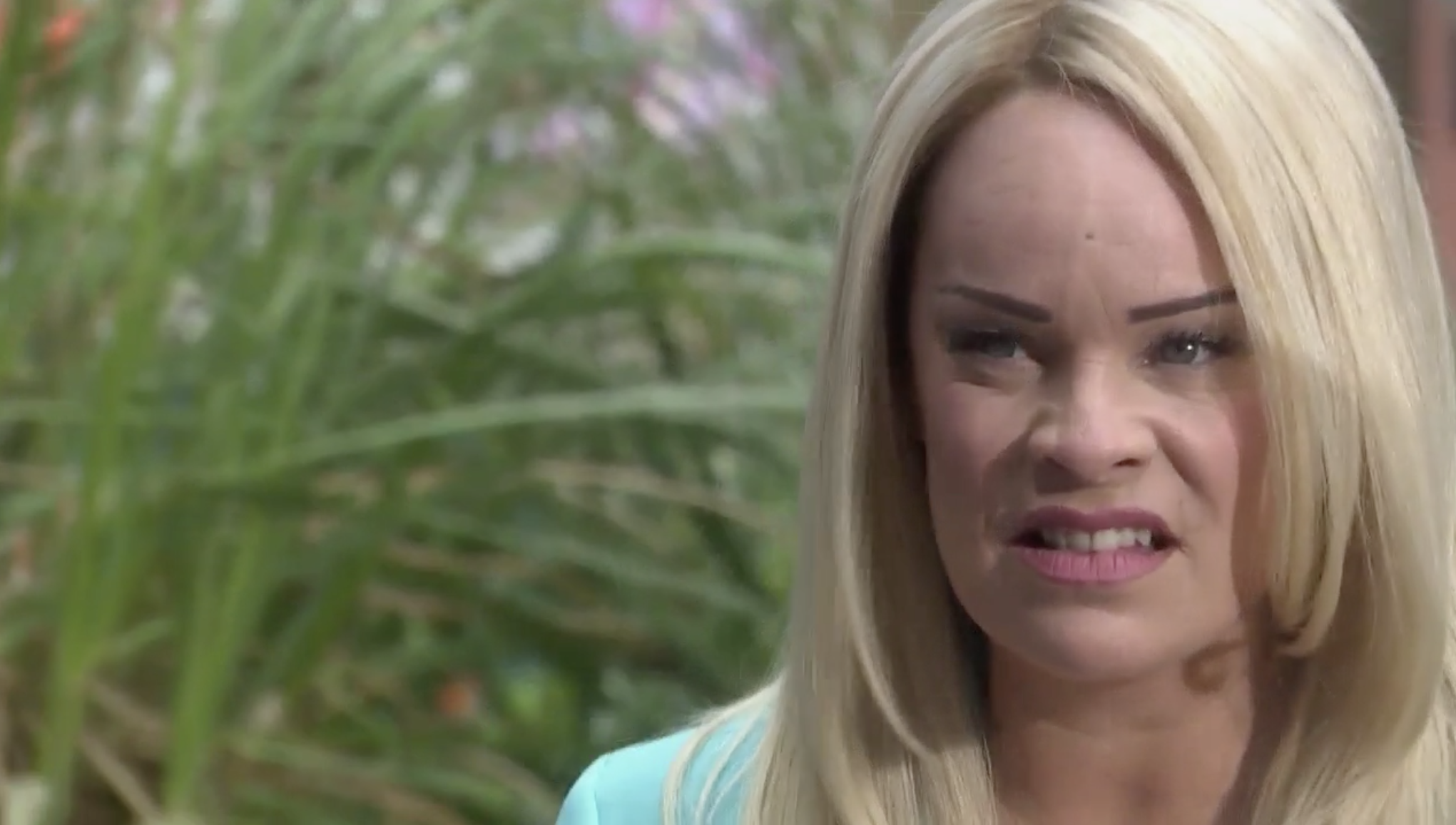 Grace Black (Tamara Wall) is a woman on a mission in Hollyoaks after discovering Felix Westwood (Richard Blackwood) has been unfaithful.

The former nightclub owner was worried sick for her beau, after he was taken to the police station and questioned about the Price Slice robbery.

Felix, having spent the afternoon in question with Martine Deveraux (Kelle Bryan), kept shtum in order to protect his ex.

Martine, however, was unwilling to let Felix go down for a crime he did not commit, and therefore she headed to the police station to make a statement, revealing where Felix really was when the crime took place.

Felix was subsequently released, and he wanted to show Martine his gratitude. But Martine refused to kiss him, telling him that she cannot be with him while he’s with Grace, who has become a dear friend to her.

Grace, meanwhile, was none-the-wiser about her parter’s release – that is, until she encountered PC Franks in the village, who told her everything.

Yes, the policewoman broke her own rules, telling Grace all about how Martine was Felix’s alibi.

Grace put on a brave face and confronted her man about the reason why he was released, hoping that he would be honest with her. But once again, Felix lied, claiming that there was insufficient evidence to hold him.

She put on a fake smile, as they headed to celebrate, but the minute Felix’s back turned, she grimaced.

Will Grace take revenge on Felix?

If so, what does she have in mind?