The Orville Season 2: Facing the dangers of outer space

The American science fiction comedy-drama show is nearing the end of its third season with The Orville: New Horizon finale airing this August. With the characters going on new adventures in this series, viewers were treated to a movie-like episode called Midnight Blue which lasted 87 minutes.

In the episode, which was the eighth in the series, fans saw Heveena (played by Rena Owen) go into a simulation room onboard the Orville ship.

She was transported into a cosy cabin before the legendary singer appeared in front of her as a hologram version of herself to try and make her come clean about breaking the treaty to protect Topa.

Greeting the alien character in the simulation she said: “There you are! Welcome, come on in. Don’t be shy.”

However, the bosses explained the A-list cameo wasn’t that straight forward and they had to move the entire set across the country for it to happen. 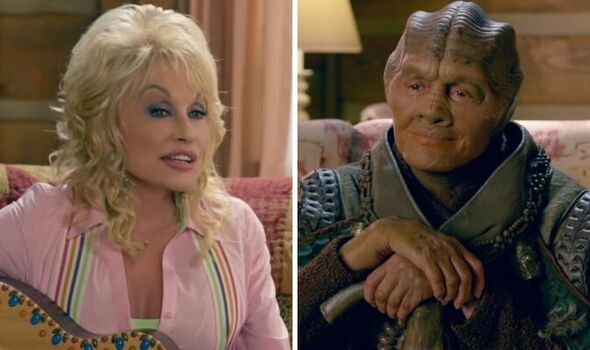 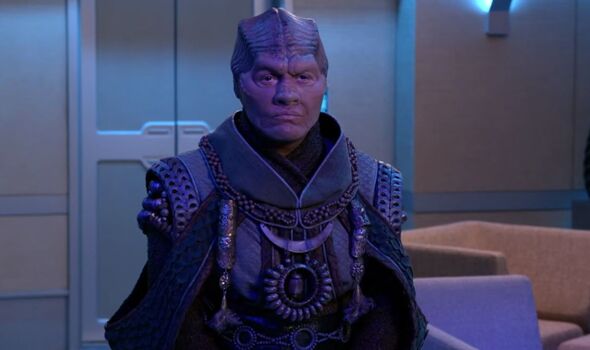 Calling it an “honour and pleasure” the singer was part of the show, he touched on the issues they faced due to the coronavirus restrictions at the time.

He told CinemaBlend: “It was a very complicated thing to do because she wanted to do it, but there was no way she was getting on a plane then.

“She said, ‘Look, I’ve got my own studios. So I’d like you to go to my studios with my people, they’re all tested.'” 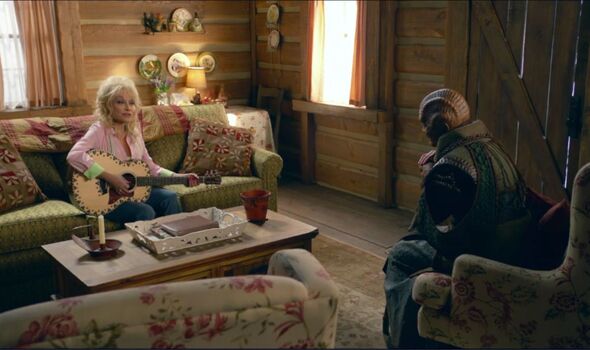 Jon admitted even though his studio crew had all been tested too, Dolly wouldn’t take part in The Orville any other way.

He added: “We were a little nervous of that because we have our own crew and our own production designer.

“We wanted to make sure we kept that continuity.

“The only way to do it was virtually to build a set in LA, light the set, rehearse all the shots with doubles, and virtually cut the set in half and send half of the set to Nashville by truck. Then we flew in.”

Jon revealed they were in Nashville less than 24 hours and had little time with Dolly to get the scene done.

It was only the two directors, a make-up artist and Rena who flew to film with the singer as they worked with the camera people in her studio.

He said: “We had all the marks on the ground of where the cameras would go and so that’s the way we did it.

“We didn’t have a lot of time with her, so that was the only way we could do it.”

Although it seemed like a lot of effort to get Dolly’s short cameo in the show, Jon had nothing but kind words to say about the A-lister.

Calling her “fantastic” he explained even though there was a teleprompter, she didn’t need it as she knew her lines.

He said: “She had it down and she was just a real pleasure to work with and all smiles the whole day.

“It was just a win-win all around.”

The Orville: New Horizons is available to stream on Hulu.