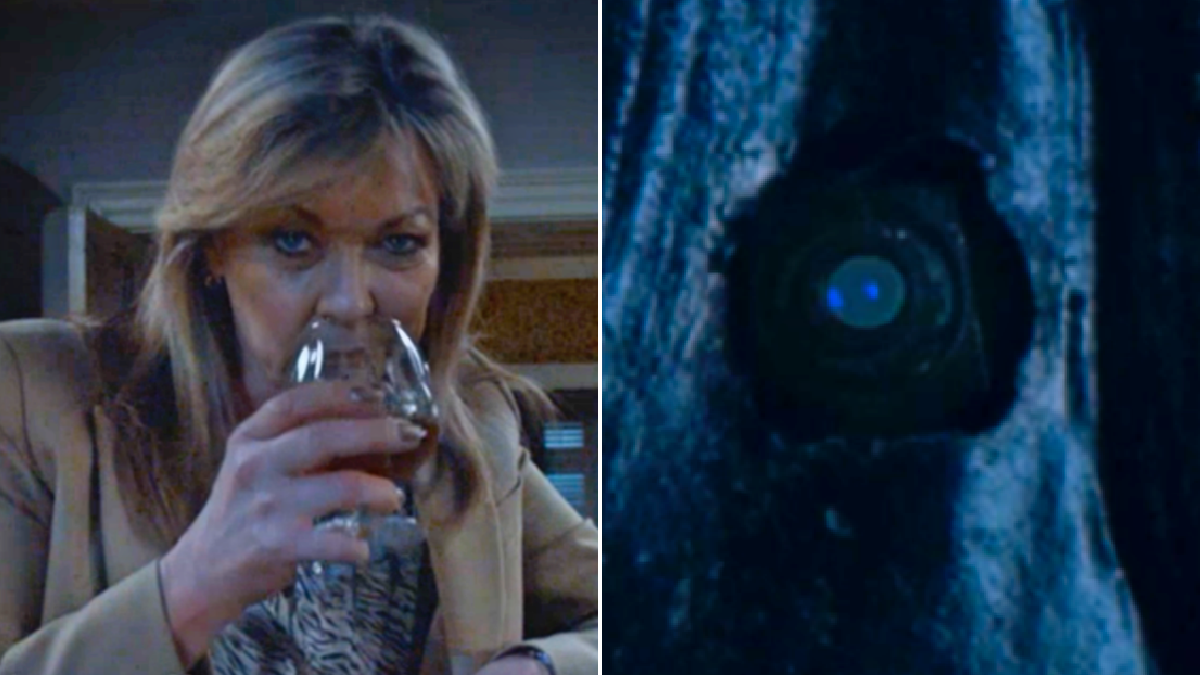 Emmerdale legend Kim Tate (Claire King) has a plan to catch those who would mean her harm, as she installed a hidden camera to keep a watchful eye on all those who live up at Home Farm.

The stalwart of the ITV soap has been concerned about her health in recent months, following a series of unexplained lapses in consciousness.

With a family history of dementia, she feared that she was beginning to show signs of the illness, and therefore entrusted Gabby Thomas (Rosie Bentham) to keep her secret.

Gabby, meanwhile, has taken charge of pretty much everything for the soap veteran – including her finances and bank account details!

Jamie (Alexander Lincoln), however, knew Gabby was up to something, and therefore had Noah Dingle (Jack Downham) spy on her in the hopes of catching her out.

Noah came through with some valuable information during tonight’s double-bill (May 20), as he told Jamie that Gabby had been transferring funds into her personal bank account!

Kim, meanwhile, had the doctor round to carry out her dementia test, and she was left in shock when she discovered that – in spite of her symptoms – she doesn’t have dementia!

That, however, was not the biggest shock she received during the episode in question, as Jamie paid her a visit and exposed Gabby for the manipulative liar that she is.

Gabby admitted that she not only stole the money, but that she also gaslighted Kim in the aftermath of doing so – making out that the Home Farm legend had given her the cash as a gift!

Kim was livid, and instructed Gabby to get out. Afterwards, she checked her CCTV cameras, and was perturbed to find that all of the live feeds had been disconnected.

Her attention, however, was soon diverted elsewhere, when Gabby returned, and revealed that she only stole money out of fear that Kim really was suffering from dementia, claiming that – if she was ill – Jamie would’ve taken advantage and evicted her.

Kim ultimately gave the young woman the benefit of the doubt, and told her she could move back in.

However, she’s got a plan up her sleeve to keep a watchful eye on those around her, as she installed an hidden camera in the kitchen.

The question is: will she catch her poisoner in the process?

Emmerdale continues Friday May 21 at 7pm on ITV.