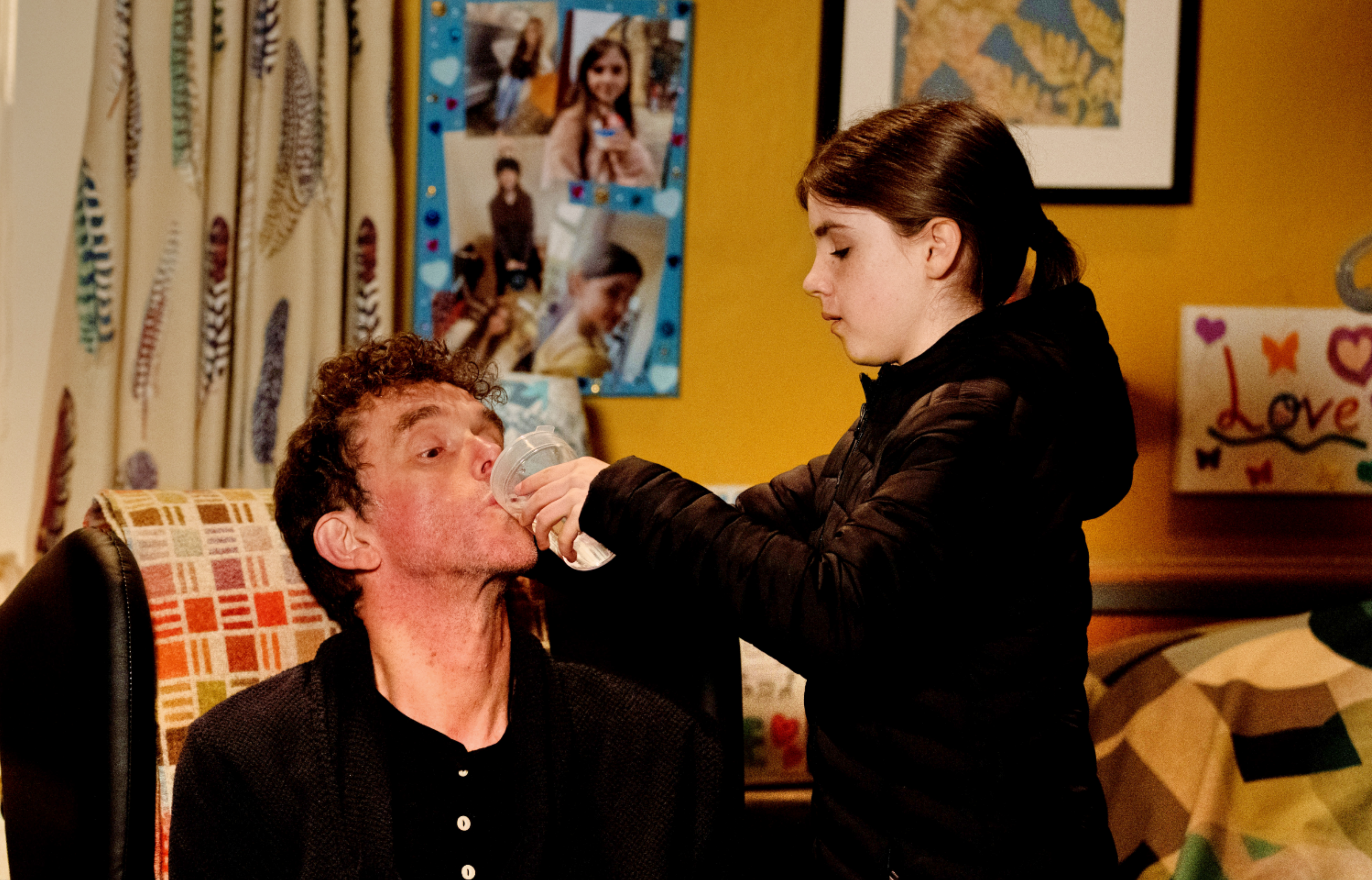 The reality of having Marlon (Mark Charnock) back at home starts to hit his family in tonight’s Emmerdale, as April (Amelia Flanagan) gets a nasty shock.

Marlon’s return to the village yesterday was greeted with slightly mixed feelings by everyone – including Marlon himself. Although delighted to be back among his family and friends, he knew that his life and his position in the family had changed, especially when he overheard Rhona (Zoe Henry) and Mary (Louise Jameson) talking about the doubts that Rhona had had about being able to cope.

In tonight’s episode April is enjoying spending time with her dad and is happy she can be useful to him. But when she helps him with a drink of water he starts to choke. Poor April immediately panics, thinking he’s having another stroke. She shouts desperately for Rhona to come and help.

The incident leaves both Marlon and his daughter distraught. April is scared that something bad is going to happen to her dad and decides to stay with a friend rather than be around Marlon.

The last thing Marlon wanted was to upset his family, and he makes a decision – he wants to return to hospital.

Elsewhere, Laurel (Charlotte Bellamy) and Jai (Chris Bisson) join forces to oppose Kim (Claire King) and her zero hours contracts – and they find themselves getting on better than they have for a long time. Will they rekindle their romance? And speaking of romance, Marcus (Darcy Grey) helps Ethan (Emile John) move into Tall Trees.