Married at First Sight sees a few success stories, but fans have begun to notice that there seems to be at least one toxic relationship each season. This has left some wondering if the folks caught in these relationships — folks like Mindy Shiben and Amber Bowles — regret appearing on the show, or feel negatively about it as a result. Shiben and Bowles have both dishes on their feelings about the show, and what it may have taught them about relationships. Here’s what they had to say.

Amber Bowles had a challenging time on Married at First Sight, to say the least. Her relationship with Matt Gwynee was quite toxic. Gwynne would often disappear at night, and seemed to spend very little time with Bowles.

Eventually, Bowles had to find out secondhand from a friend of a cast member that Gwynne was cheating on her with another woman. Suffice it to say, Bowles got out of that relationship and went through an excruciatingly lengthy divorce process.

During a chat with Jennifer Gerson of Bustle, Bowles revealed that the worst part of the Married at First Sight experience was her husband.

“In the scheme of things, looking back, the only bad part of the experience [of being on the show] was Matt,” Bowles explained. She went on to add that, despite the emotional difficulty Gwynne created, she learned a lot about herself as a result of the show.

“I learned a lot about myself and what I wanted, and it was largely because of the experts’ assignments. The experience was super valuable.”

She explained that what she learned in her conversations with Viviana Coles, for example, helped her realize when to leave low-value relationships later on.

“I never really worked that [issue] out with Matt, but when I dated someone and realized it wasn’t serving me, I ended it.”

Mindy Shiben doesn’t regret her time on the show 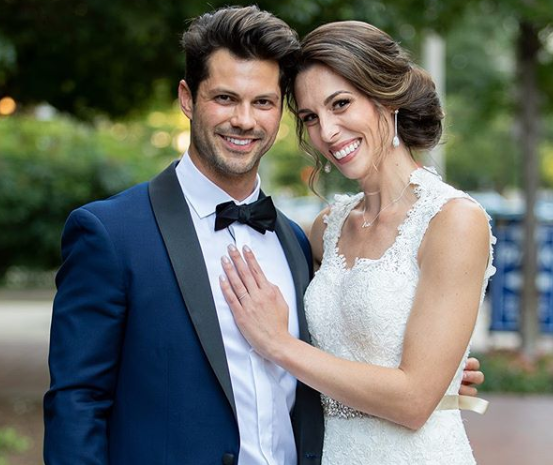 Married at First Sight star Mindy Shiben had a remarkably similar experience with her husband, Zach Justice. Justice gained infamy when he told Shiben he wasn’t attracted to her, and later cheated on her emotionally with one of Shiben’s friends.

Similarly to Bowles, Shiben’s divorce process was drawn out, ostensibly by Zach Justice.

However, when a fan in her Instagram stories asked Shiben if she regretted being on the show, she said she thinks it was worth it.

“Overall, I think it was worth it. I didn’t get the marriage I wanted, but I learned so much and met amazing people. I wouldn’t take it back,” she replied.

‘Married at First Sight’: How many couples stay together?

Given how frequently viewers seem to witness toxic couplings on Married at First Sight, fans may be wondering just how high the show’s success rate actually is.

As reported by Screen Rant, only 12 couples out of 39 are still together, from the first 11 seasons of Married at First Sight. That would put the show’s success rate at around 30%. Not exactly an inspiring figure.