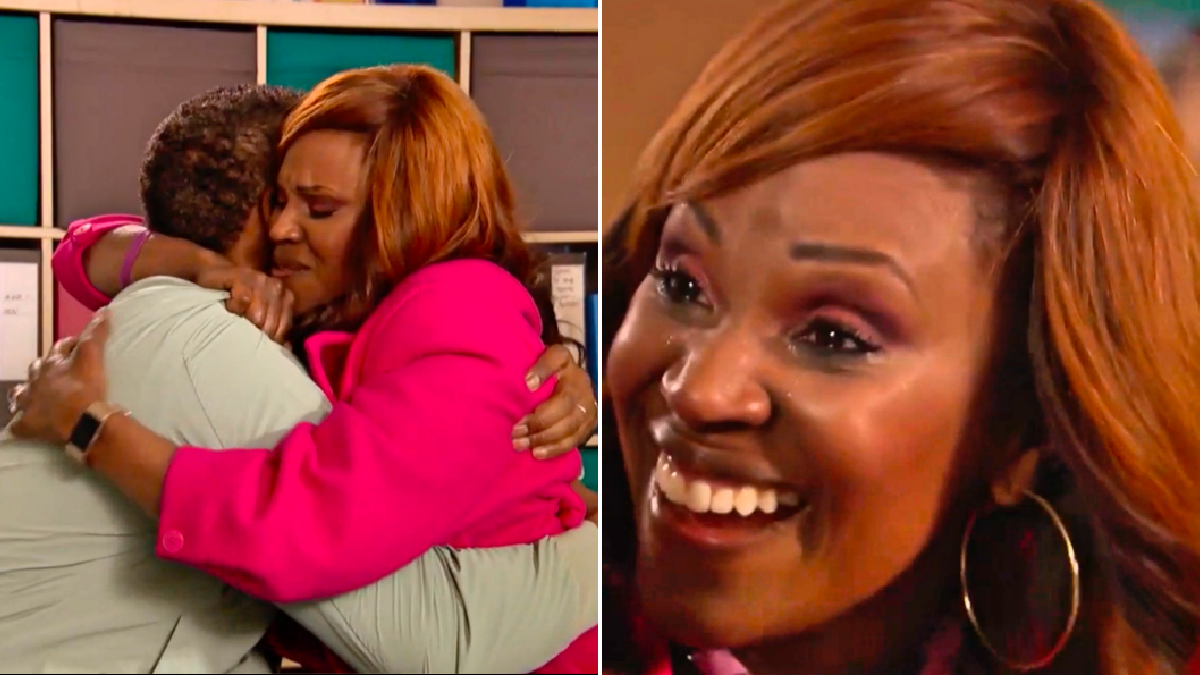 Hollyoaks’ Martine Westwood (Kelle Bryan) struggled to believe what she was hearing, as Misbah Maalik (Harvey Virdi) informed her that her cancer test results are ‘clear’.

The businesswoman broke down in tears, as Misbah explained that there ‘aren’t any signs’ that the cancer had reoccured.

‘No new cancer cells have been detected in tests’, said the doctor.

‘Your latest scans are clear. We’ll continue to monitor you, as there is no guarantee the cancer won’t return, but the mastectomy and the radiotherapy have been successful.’

Martine struggled to process the information, and told Misbah that she needed to run the tests again.

‘It doesn’t make any sense!’, she said, reminding Misbah that her body ‘didn’t respond’ to the treatment last time. ‘Maybe you’ve missed something.’

Misbah smiled, reiterating to Martine that the cancer is gone, adding that she and the oncologist are in ‘complete agreement’ on that.

Felix (Richard Blackwood) proudly told Martine that she had ‘beaten’ cancer, and the two embraced in emotional scenes.

‘It’s over!’, said Felix, and Martine subsequently reiterated his words, as she cried tears of joy.

We’re not crying, we swear!

Martine was first diagnosed with breast cancer last May, after she found a lump on her chest, and subsequently attended a hospital appointment to get it checked out.

The show’s next episode, airing on Friday April 22, will see Martine step in after the nude model at Zoe Anderson’s (Garcia brown) fundraiser cancels, seizing the opportunity to show everyone that she is not ashamed of her body.

Hollyoaks continues on Friday April 22 at 7pm on E4.