Phillip Schofield, 59, has been the face of This Morning for 18 years, sitting alongside Fern Britton, 62, when his contract first started with the programme. Since then, he has been hosting the ITV show alongside Holly Willoughby, 39, when she took on presenting duties back in 2009. However, the television veteran’s partnership with the broadcaster is currently planned to carry on until the end of 2021, when the deal will be reevaluated. However, according to recent reports, BBC bosses are supposedly keen to sign up the Dancing On Ice star.

If Phillip were to be signed up by the broadcaster who kickstarted his on-screen career, this would mean his partnership with Holly would too come to an end.

The reports from The Sun claim the BBC are making him “the prime target” to become the face of some of their future plans.

A source told the publication: “Phil’s a telly legend. He has thousands of loyal fans who follow his every move.

“His contract with ITV ends in 2021 so the BBC want to start a conversation,” they continued, with no official conversation having actually taken place as of yet.

“The hope is a meeting could take place as restrictions begin to ease later this year — and he’d be able to give them an idea of how much he’d be looking for.” 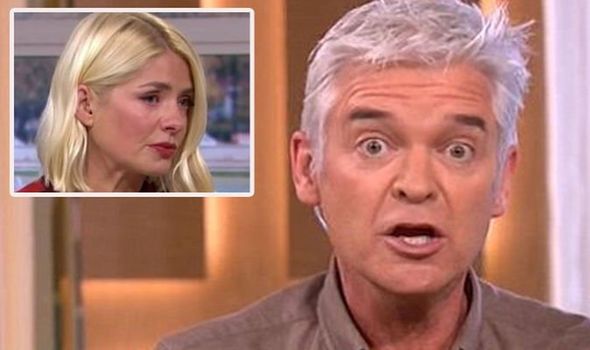 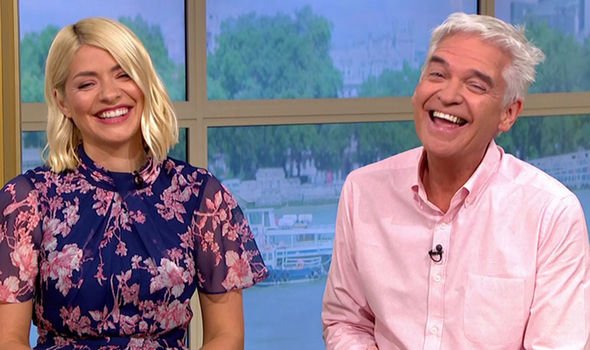 Express.co.uk has contacted a representative for This Morning and the BBC for comment of the speculative reports.

Since they first teamed up almost a decade ago, Phillip and Holly have become firm fan favourites with viewers up and down the country.

Even before they starred on This Morning together, the pair were the faces of the celebrity reality show, Dancing On Ice.

During their 14 year partnership, however, the duo have done projects on their own but are infamously known for their antics on the daytime show. 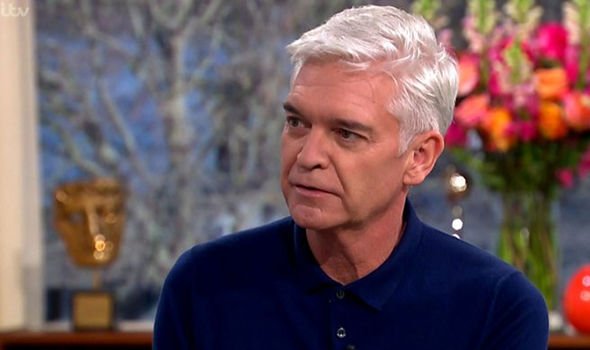 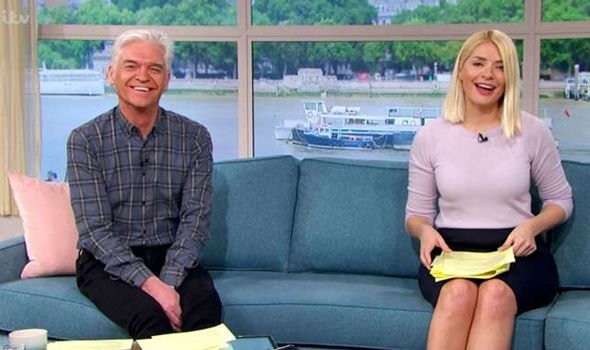 Holly has also been a regular panelist on quiz show Celebrity Juice, a role she announced she was leaving earlier this year.

The presenter was only ever reunited with Phillip when he appeared as a guest star on the show, with the pair often put against each other in challenges.

In 2018, the duo were also separated when the former took a trip Down Under to host I’m A Celebrity…Get Me Out Of Here! for one season.

Her co-star has also fronted a variety of challenge shows over the years, presenting the likes of The Cube, All Star Mr and Mrs and 5 Gold Rings.

I’d have had to rethink my own position

Phillip has also dipped his toe into the world of consumerism as he has starred in his own How to Spend It Well series.

The This Morning star has spoken out about quitting his role before after Holly returned from maternity leave in 2014.

Speaking with Woman’s Own, the presenter said: “If she decided not to come back I’d have had to rethink my own position.

“If Holly had said, ‘I’m going’, I’d have had to think seriously about whether I wanted to go on,” he added.

Holly has also said whether she would carry on without her popular co-star whilst appearing in an episode of Shopping With Keith Lemon last year.

Asked what would happen if Phillip were to leave, she said: “We said right from the beginning that if either of us didn’t do it, we wouldn’t want to do it.

“I can’t imagine This Morning without Phil,” she added, but it seems both are set to stay on in their current roles, at least for the time being.

They had managed to keep the nation entertained during the coronavirus crisis, adhering to social distancing rules and taking part in light-hearted challenges.