“The Blacklist” debuted its ninth season Thursday on NBC to higher ratings, and almost 1 million more viewers, than it saw for its June Season 8 finale, an episode that featured the exit of long-time star Megan Boone as FBI agent Elizabeth Keen.

The Season 9 premiere of the James Spader-led drama “The Blacklist” drew a 0.4 rating among adults 18-49 and 3 million viewers, according to preliminary Nielsen data. That’s up from the 0.2 rating and 2.1 million total viewers that the Season 8 finale posted in comparable initial numbers. 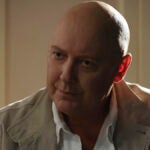 Due to the nature of live sports, the below numbers for Fox should be considered subject to significant adjustment. Final data will be available later today.

Fox was first in ratings with a 2.1 rating in the advertiser-coveted 18-49 demographic and in total viewers with an average of 8.1 million, according to preliminary numbers. Those numbers were put up by a “Thursday Night Football” game featuring the Cleveland Browns’ win over the Denver Broncos, which ran throughout primetime.

ABC and NBC tied for second in ratings, both with a 0.5. ABC was third in total viewers with 3.7 million, NBC was fourth with 3.2 million. 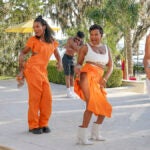 CBS was fourth in ratings with a 0.4 and second in total viewers with 4.4 million.