VIEWERS of Britain's Tiger Kings were left furious after a man was confronted over keeping two lions caged in his back garden.

Show host Ross Kemp stepped in to question owner Reece Oliver, from Nottingham, as he bragged about his "puppy dog" pet lions. 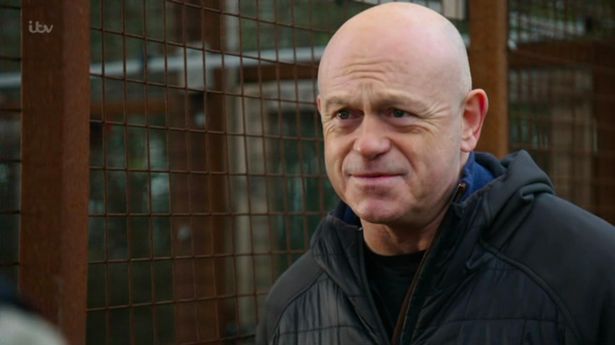 Reece, who owns several lions and a variety of other wild animals, showed the camera crew around his set up outside his Midlands home.

He told of how the lions were bought from an Eastern European circus after their mothers died from abuse, and the cubs were set to be euthanised.

Reece was granted a license and several other exotic animal permits, which he described as a surprisingly easy process, from the council in order to keep the lions. 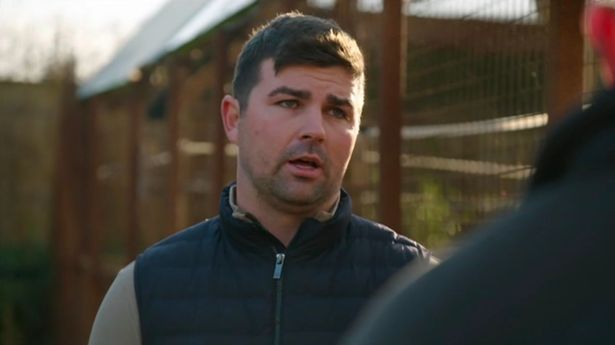 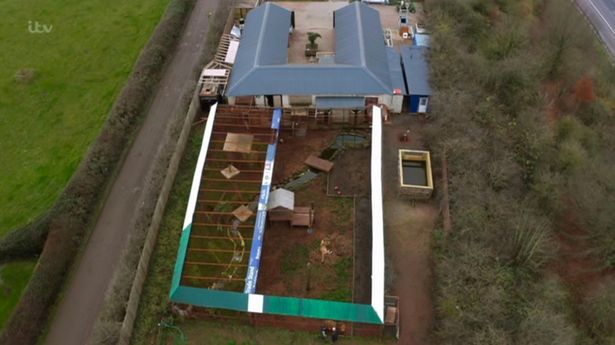 As Ross questioned his motives, Reece defended that the lions would die if released into the wild as they have never learnt to hunt.

"They're beautiful creatures, you're clearly in love with them, you've had them since they were cubs, but do you think this enclosure is big enough?" Ross then asked.

Reece replied: "No, it's not. It's not big enough to be honest with you, and if it was left to me and I didn't have to go through all the planning, it'd be bigger.

"I am putting in a new application to go further here but they are definitely better off here with me and I would never give them up." 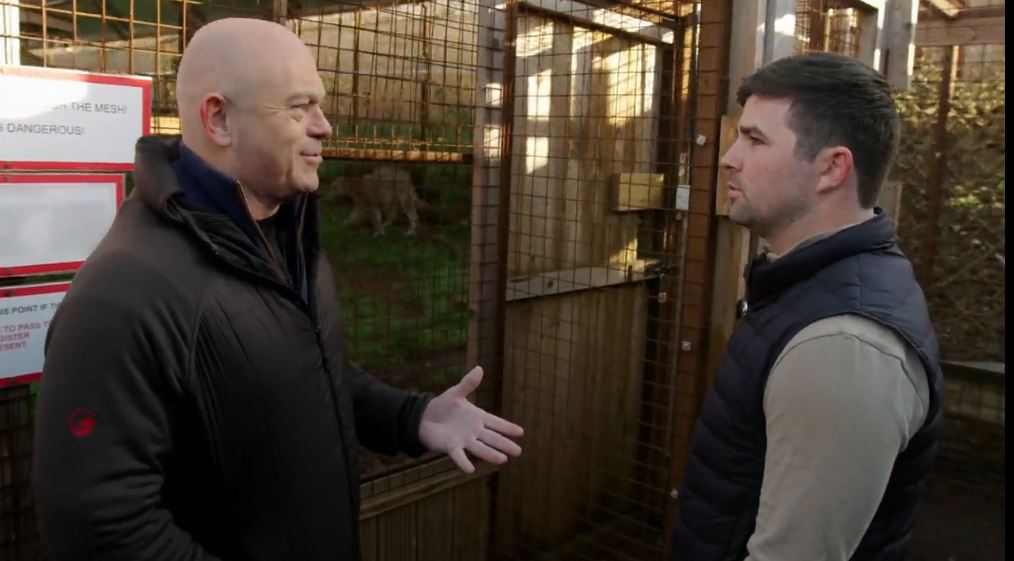 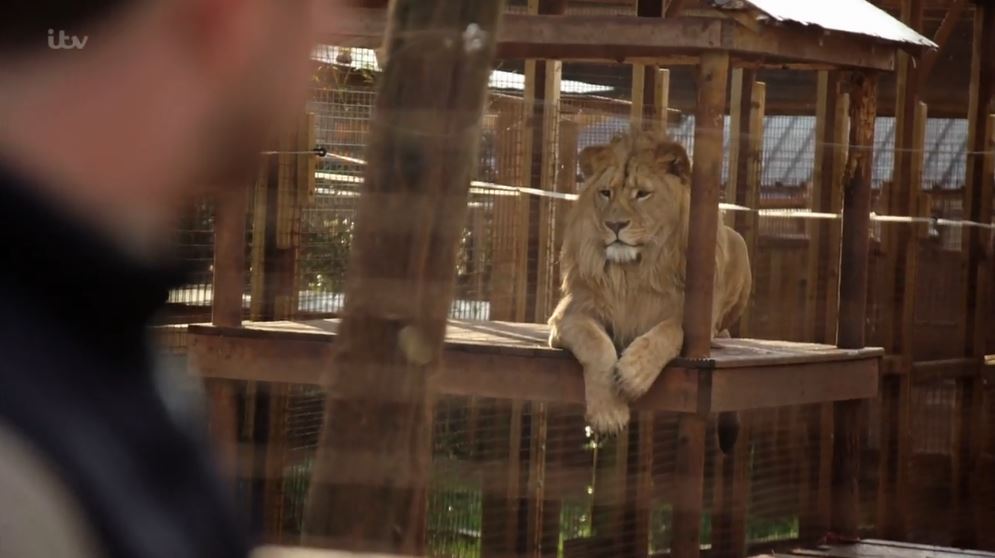 The EastEnders star continued to press about the "bigger sanctuaries" in the UK that have "hundreds of square miles" of space for big cats.

"At the end of the day, you take the lions away from me and they setting they know, it's going to be stressful, it's not best for the animals," the owner replied.

He went on to compare them to "puppy dogs" before insisting: "They are happy here and they love me."

Viewers were left furious by the exchange as the irresponsible owner failed to see he wasn't providing the right space for the lions. 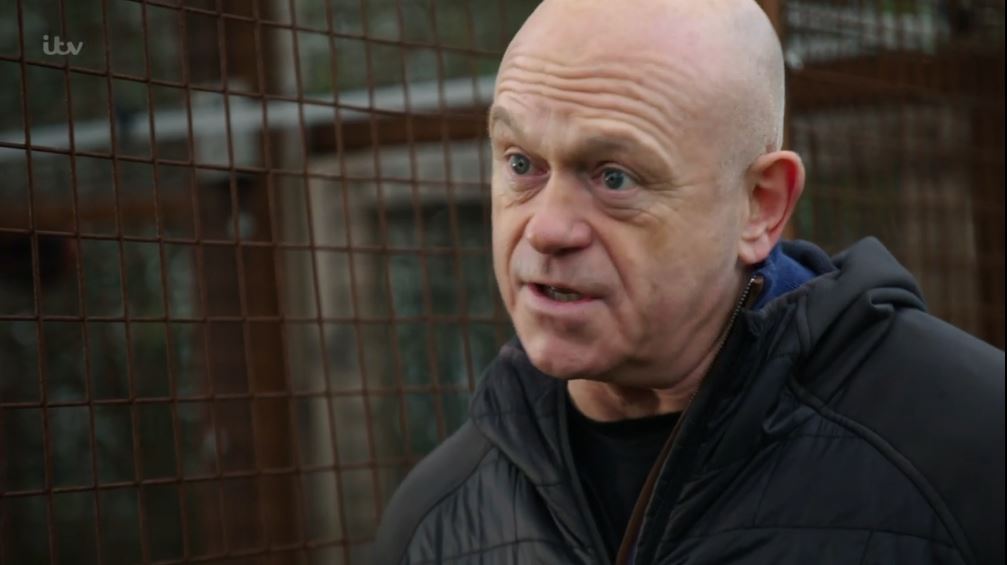 "This show is making me so angry, these animals have no quality of life," one woman began the discussion on Twitter.

"He says: they're happy here. What? In a tiny cage next to the M1?" another chimed in, as others replied it was "mind bogglingly cruel".

"Tuned in out of curiosity but 20 minutes in and I'm just anguished and angry," a third said. "Those animals are not pets and need space."

Another said: "This is appalling. Egotistical p****, these animals do not belong with people. I thought zoos were bag but these are disgusting.

"These animals are prisoners. They're degraded, they're in a circus. So cruel. Free them," one man wrote.

While one concluded: "I'll never understand how humans can be so cruel to animals. It shouldn't be legal that anyone can get a zoo license without having a degree/education in zoology."

Britain's Tiger Kings – On the Trial with Ross Kemp returns Tuesday at 9pm on ITV or is available to stream on the ITV Hub.