The new reality series She’s The Boss may be one of the strongest real-life examples of why adopting older children can not only be an enriching experience but can bring a flood of love into a family’s life.

Nicole Walters told Showbiz Cheat Sheet as a young entrepreneur, she and husband Josh hadn’t even started having the “baby” discussion. But six years ago they met a mother on the side of the road in Baltimore, who was trying to provide for her three young daughters. The relationship went from Walters acting as big sister to the girls to becoming their mother when the biological mother went to prison. Eventually, Walters and her husband adopted the girls who were ages 3, 11, and 14. 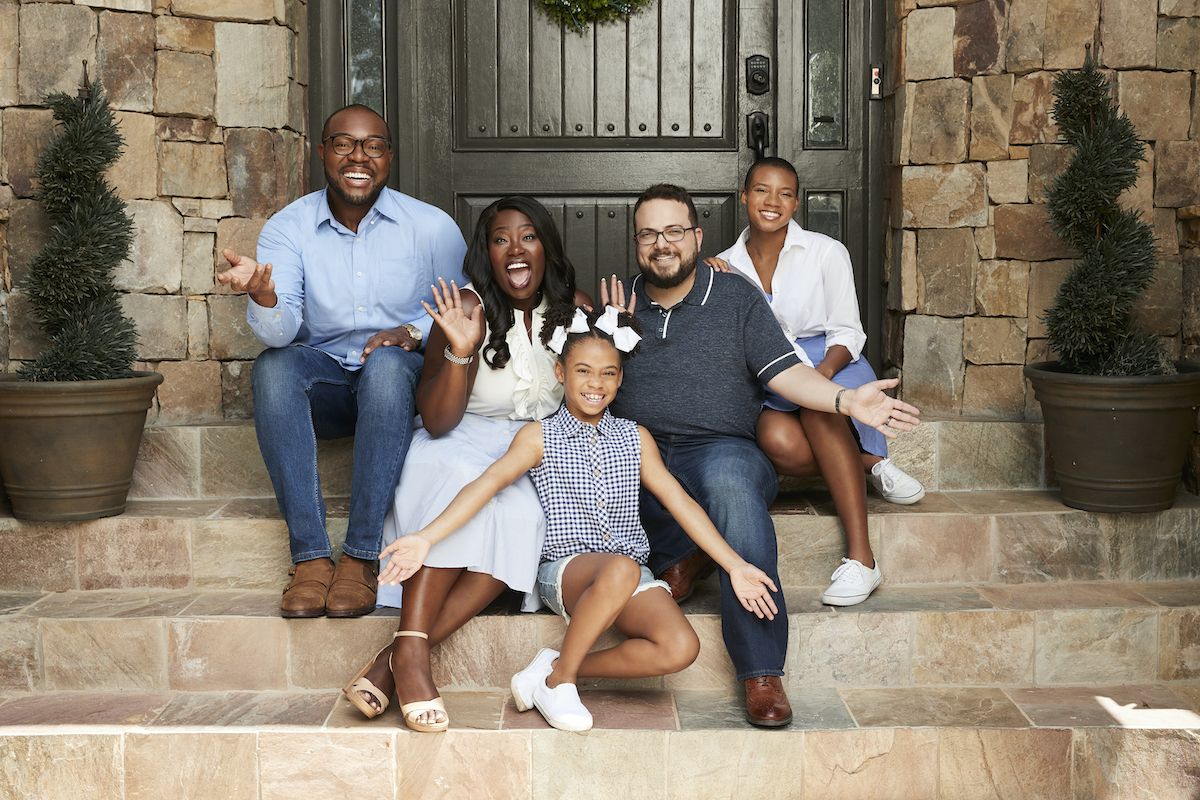 Walters went into the adoption with an open heart. “When I adopted my girls or when I met my girls, I was only 28,” she revealed. “I really was not thinking at all about adopting them because that wasn’t on the table at the time.”

“So my approach actually when I first met my girls, I was really more of a big sister,” she continued. “Because based on the years, aside from my little one who is nine now, I’m far closer to being a sister than I am a mom. It was a shift over those years because I realized, oh no, no, no, we have to get firm because these kids need to be raised. It wasn’t a situation where we’re providing support as kind of a team atmosphere. No, they need like actual discipline and structure and parenting.”

“And it was an actual intentional shift within our household,” she said about how she balances discipline with fun. “But, you know, all of that learning that comes with parenting, it’s the same with older kids.”

Viewers will witness comedic but also emotionally heartfelt situations that truly demonstrate the love between the parents and children in the Walters household. From deciding where Krissy will attend college to dealing with the PTA for Ally. She’s The Boss viewers will spend only a few minutes watching the show and be completely immersed in this loving family dynamic.

All children ‘want to be loved’ Nicole Walters says

Walters says she knew going into the arrangement that her girls would be coming to her with traumas that infants wouldn’t bring. However, she believes that kids are just kids and it’s the same love and maternal experience as with any other child.

“I think a lot of times parents think, oh, well, I’m going to avoid a bunch of things if I get the kids when they’re brand new,” she said. “Like traumas or other issues or things of that sort.”

“But what people don’t realize is that even if you adopt older children, you’re still going to deal with things with babies or with children, because the conversation of being adopted and having a background or DNA from someplace else is always going to be something that’s on the table,” Walters continued. “And ultimately, kids are just kids. They want to be loved. and want to be seen. They want to know that they have all their basic needs met and they want to know they matter. And that’s something anybody can do for anyone. So that’s what we try to do for our kids every day.”

“I can honestly say we did not plan to become parents, so we were just kind of going along with the motions. And, you know, there are moments where it gives you the day-to-day is fine. But then it’s like, oh I met this boy and I want to bring him home. It’s like, why are you talking to me about this?” she laughed. “This is uncomfortable. Oh, wait, I’m the adult.”