South Park is airing on Comedy Central and Netflix, and the hilarious series has been running since 1997. A total of 23 seasons have aired so far, with fans enjoying more than 300 episodes since the series made its debut. Fans have listed their favourite episodes to date, and Express.co.uk has all you need to know about each episode.

What are the best South Park episodes?

This season eight special was the 14th episode in the season and it first aired on December 15, 2004.

In the festive episode, Stan stumbles across a community of sweet-talking woodland creatures, and they befriend him for what he later discovers to be a terrible reason.

The cute creatures, who are brought to life in a children’s storybook format, turn out to be ‘Satan worshippers’.

Most of the voices were provided by the show’s creators, Matt Stone and Trey Parker, and they listed this episode as one of their top 15.

This episode was allegedly one of the most difficult to make as there was a very tight turnaround of just a couple of days.

Fans have also listed the episode as one of their favourites, with one saying on Twitter back in the summer: “If we’re doing that whole Christmas In July thing, I guess it’s acceptable for me to watch the Woodland Critter Christmas episode of South Park. HAIL SATAN!” 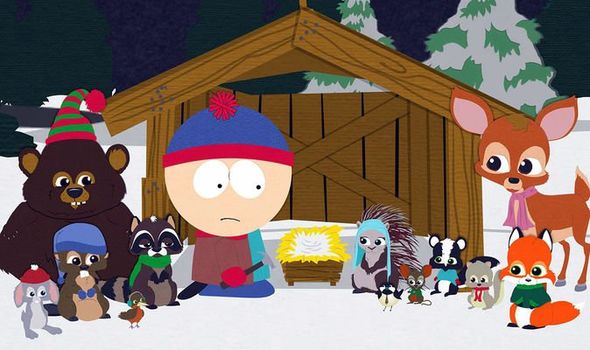 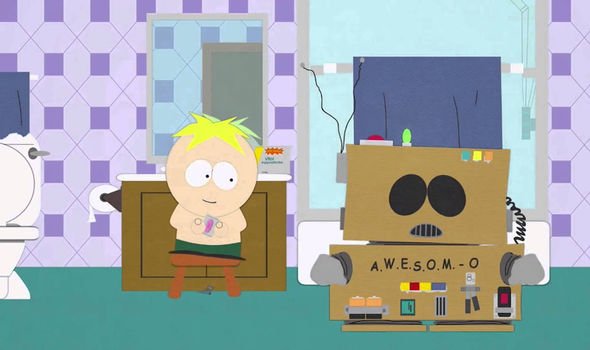 Awesom-O is also in the eighth season, and the episode originally aired in April 2004. In the episode, Cartman disguises himself as a robot in a bid to get an embarrassing video back from Butters.

However Butters believes the robot is real, and Cartman is forced to keep up the act. He is also headhunted by Hollywood directors who want him to come up with ideas for new films.

The US Army also believes Awesom-O can be used as a secret weapon against enemies, leaving Cartman in imminent danger following what was a silly prank.

Stone said one of his favourite scenes from the episode was when Cartman was forced to eat toothpaste in the bathroom because he was so hungry, but he did not want to reveal his identity.

The creators said they wanted to come up with an original scenario to throw Cartman into – something which has not been done before. 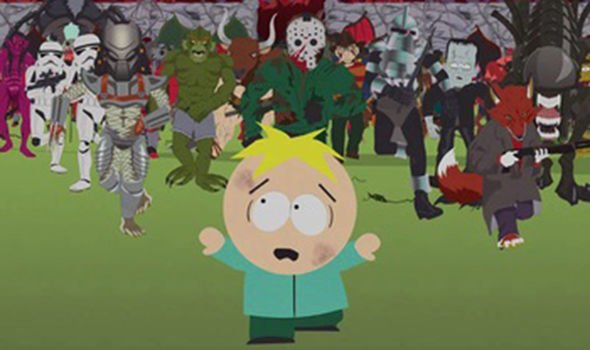 Imaginationland spanned across three episodes in the 11th season, and the trilogy won the creators an Emmy Award for Oustanding Animated Programme.

The story involves terrorists attacking everyone’s imaginations, ridding them of some of the public’s favourite things such as ‘Care Bears’.

The masterpiece was only supposed to be one episode, but the creators said they did not want the story to end and extended it to two parts.

Due to its success, the story was made into a three-parter, and the creators said it was one of their most satisfying projects so far.

One fan said on Twitter: “My favourite South Park episodes are the Imaginationland trilogy. Kinda scared me as a child the first time I saw it.”

The episodes were released on DVD in the US back in 2008, and they are still a huge hit to this day. 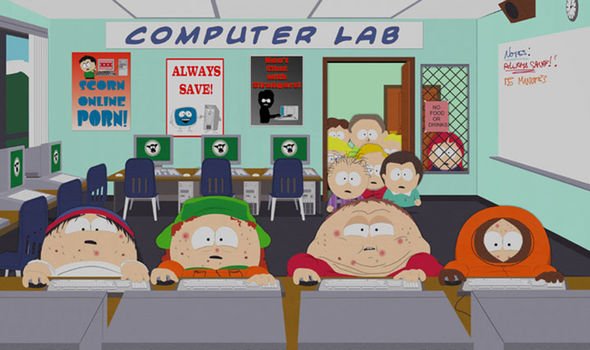 This season 10 episode plays on a World of Warcraft theme, with the main characters starring as characters from the world-famous game.

The episode from 2006 sees the group of friends playing the popular online game, trying to take down a mysterious high-level player who has started killing off other players.

They commit to endless hours of gaming in an attempt to stop him, and the episode went on to win an Emmy Award for Outstanding Animated Programme.

The episode received plenty of praise for its take on ‘nerd culture’, and it has been named a favourite amongst fans.

One fan said on Twitter: “The Make Love Not Warcraft episode of South Park is one of the greatest episodes of any show ever. You cannot change my mind.”

This hour-long special is the most recent episode in the series and it was created as a standalone episode amid the coronavirus pandemic.

The episode aired on Comedy Central on September 30, 3030, as well as on MTV, and it was the first hour-long standalone special in the show’s history.

The special covers the US response to the coronavirus pandemic and pokes fun at some lockdown rituals such as the improper placing of facemasks.

Overall the episode attracted more than four million viewers, making it the highest-rated episode since 2014.

The special was also rated as the number one cable broadcast of that evening. One fan said on Twitter: “Oh goodness the @SouthPark pandemic special is something else. So so funny!”