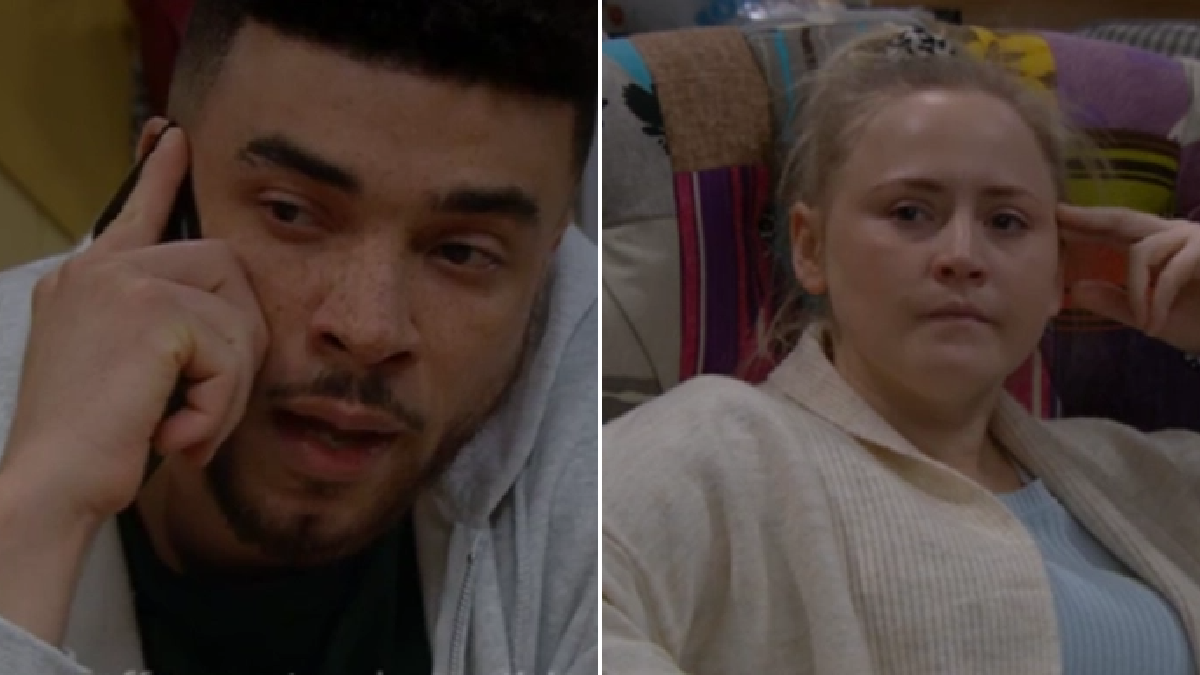 Adapting to life as a new parent is a challenge for anyone and when it comes to Tracy, she’s finding just a few hours’ sleep a night and looking after Frankie as well as worrying about what Nate is doing after his recent foot injury incredibly difficult.

Things weren’t looking good for Nate in tonight’s episode of the ITV soap either. The kitchen was a state, his duvet was on the floor and when Tracy saw the state of her home, she wasted no time in pointing out how she could’ve fallen over and hurt herself.

Nate tried to tell Tracy he had good intentions, he was busy preparing a stew for the week, but the new mother was clearly overwhelmed with emotion and set about going for a walk with Frankie, instructing Nate to stay well away from her.

Further on in tonight’s episode, Cain (Jeff Hordley) spotted Nate searching for Tracy. Determined to cool the tense vibe between the pair of them, Nate tried to tell Tracy he wanted to fix things, but it appeared no matter how hard he tried, Tracy still wanted to be on her own.

Tracy and Nate’s relationship changed hugely in the closing scenes, as Tracy reminded Nate that she didn’t have the time to look after two babies and he needed to step up.

Nate looked as though he had given up hope, and in one final blow, Tracy told her partner she needed a break from him.

An emotional Nate then made a call to someone, asking if he could stay over as he couldn’t be in the company of Tracy anymore.

Was Nate on the phone to Cain? Or someone else?

Her emotions have been hard to control in the last few weeks, could she set to struggle even more on her own?

Join the community by leaving a comment below and stay updated on all things soaps at our homepage.