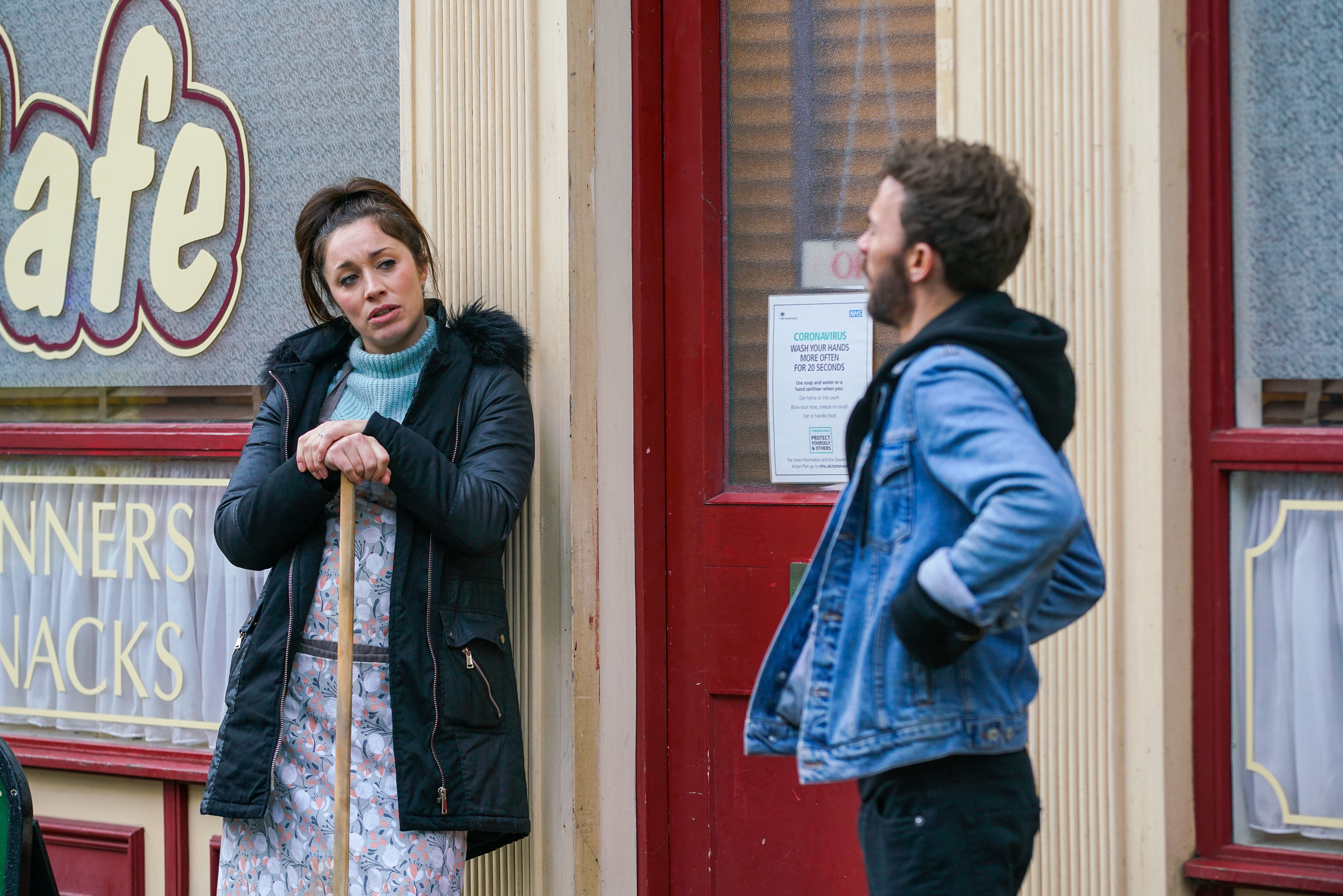 David Platt (Jack P Shepherd) has found himself in hot water in Coronation Street after letting Ray Crosby (Mark Frost) buy his house from him.

With David prepared to get his house back, he has one problem – he has no money, but as Tracy (Kate Ford) starts a plan to buy No.8 herself, the two of them end up in a predicament – neither of them win the bid, so who has?

Wanting to sabotage Tracy’s plans, Shona (Julia Goulding) spots a telecommunications engineer crouching in front of an open cabinet with all the wires hanging out, and disconnects all the wifi.

Shona announces to David and Tracy that cutting the wifi was her idea as she wanted to stop Tracy from buying their house.

Later, as a guilty Shona tries to explain her actions, David and Tracy start a frenzied bidding war. When the bidding reaches £138k, Steve (Simon Gregson) forbids Tracy from going any further.

Tracy and David are equally shocked to discover that the final bid of £138k was placed by an unknown party. Spotting a light on at No.8, David and Shona knock on the door, desperate to find out who the mystery bidder was.

Who has bought David’s house? Someone in Weatherfield?

Maybe this will kick off a return storyline for someone the Platts know?