STACEY Solomon told fans that it was time to make baby Rose "official" as she got her daughter's name registered. 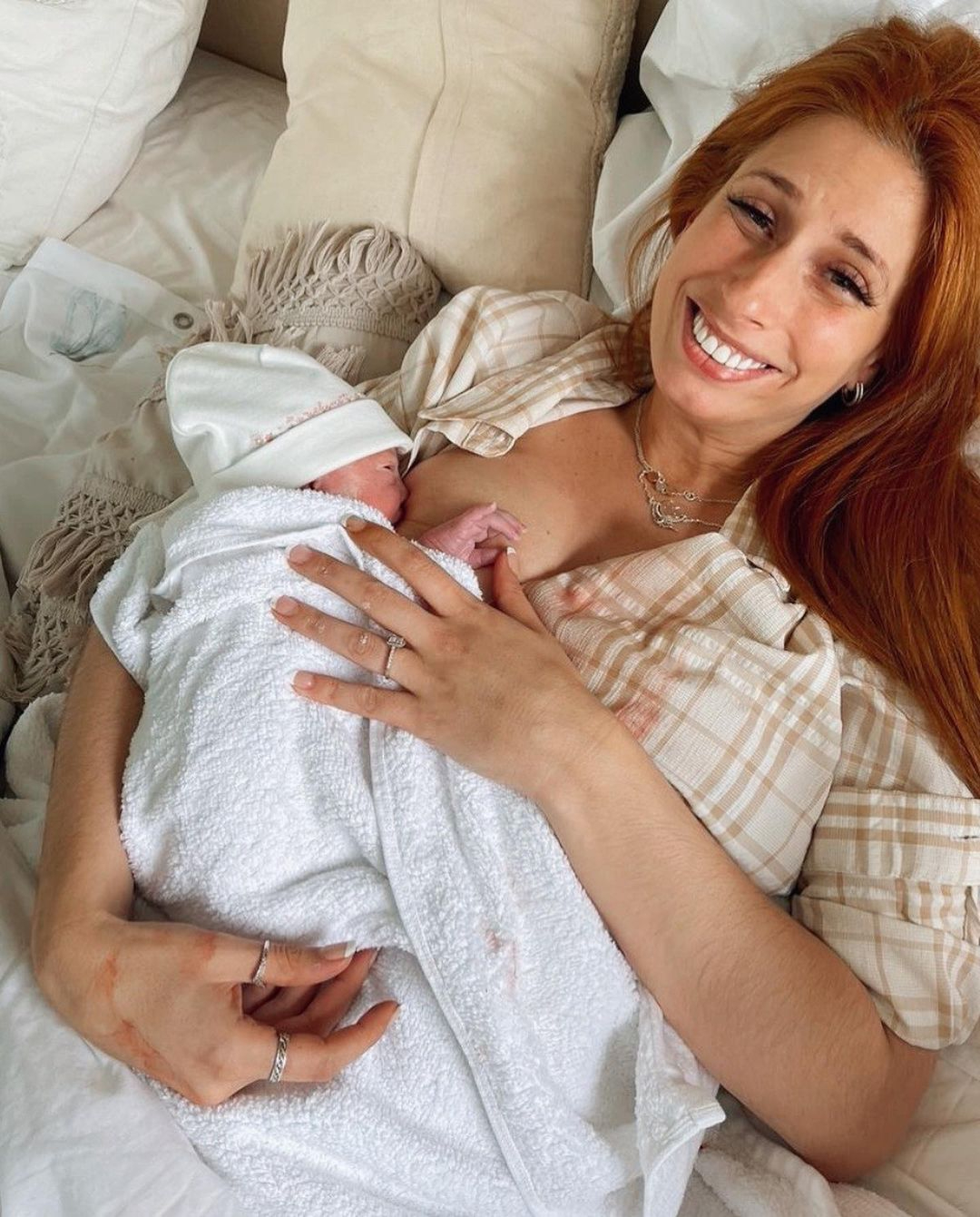 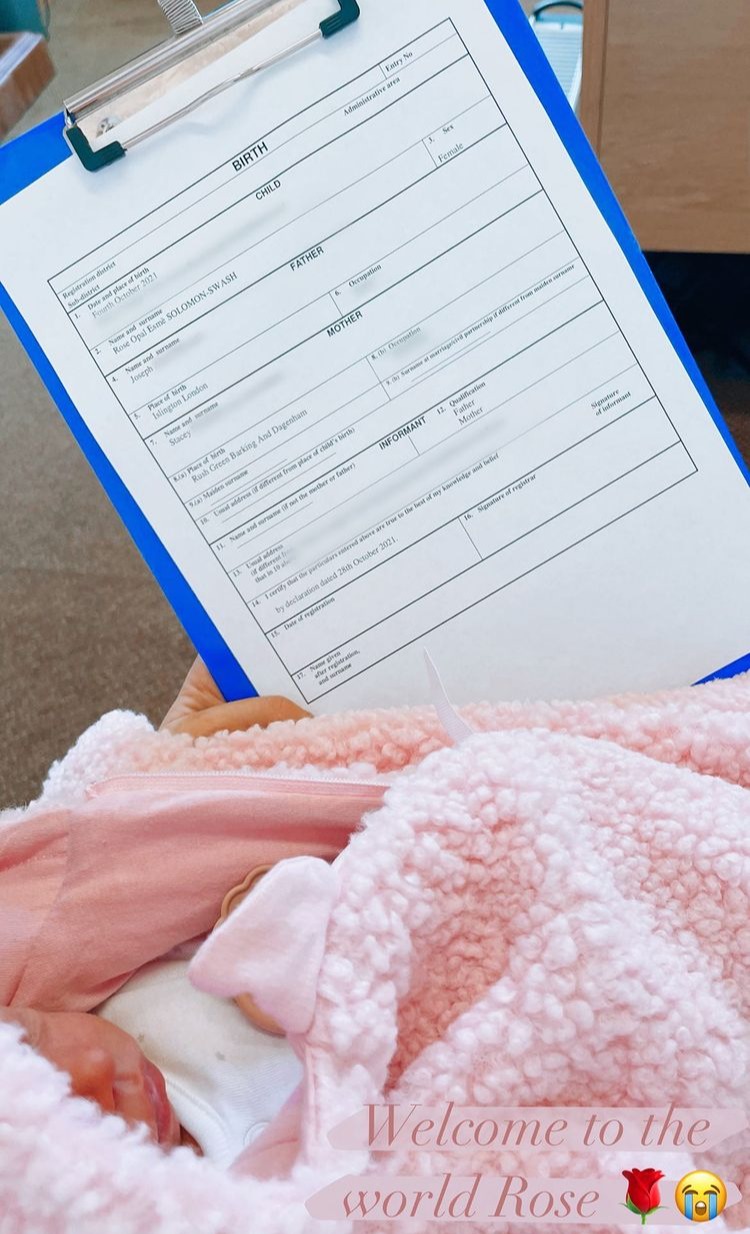 In the name and surname section, it read: "Rose Opal Esme Solomon-Swash."

Fans will know that the newborn has a double barrelled-name, but what about the rest of Stacey's children?

Earlier this year, Stacey explained the sentimental meaning behind Rex's name: "Rex because our boys think he sounds like a T-Rex. Francis is Joe’s Nanna’s name and Toby is my Nanna’s name."

Meanwhile, Stacey and Joe are set to get married, but the X Factor star has admitted she's torn over taking her husband-to-be's surname.

The mum-of-four explained that she wanted to have the same name as her children – who have Solomon as their surname.

Speaking in an interview with the BBC, Stacey explained: "I want to have the same surname as the kids.

Stacey recently revealed that Leighton shares her surname and not Joe's.

She has bucked tradition by giving her second eldest her family name, revealing his full moniker in a video on Instagram.

She delivered another handy home hack in the clip, showing fellow mums how to label their kids' school uniforms using personalised stamps.

Stacey praised the business that came up with the stamp while pointing at Leighton's name, which read: "Leighton Solomon".

Last year, Joe said that Stacey's sons call him "one of their dads" but admits it's "challenging" with other parents involved.

Joe, who has son Harry, 13, with his ex-fiancé Emma Sophocleous and baby Rex with Stacey, spoke about navigating their blended family on podcast Step Life.

Discussing living in a stepfamily, the former Dancing On Ice star revealed: "They will say I'm one of their dads!

"I treat all the boys exactly the same. I think that's the only way you can do it.

"You know, I love Stacey's boys. I love my boys. I hate saying it like that because by saying that there's a separation. I'm really honoured to be able to say I am their stepdad."

"I love that when they get older and they have wives and stuff, they will say I'm one of their dads. And I'm so pleased and proud to be a part of their lives. I can't wait until they grow up. So I love being step. It gives me as much joy as being a dad." 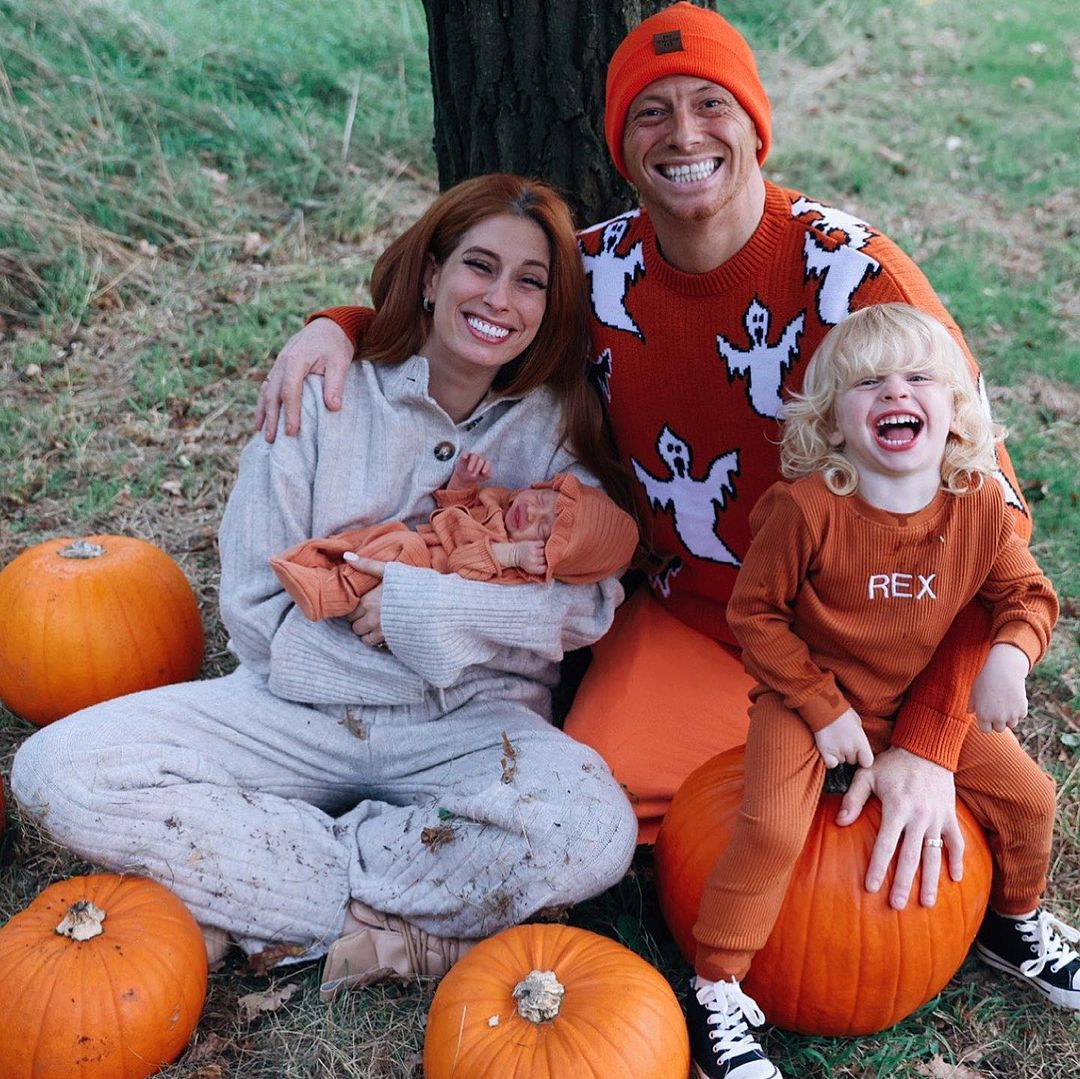 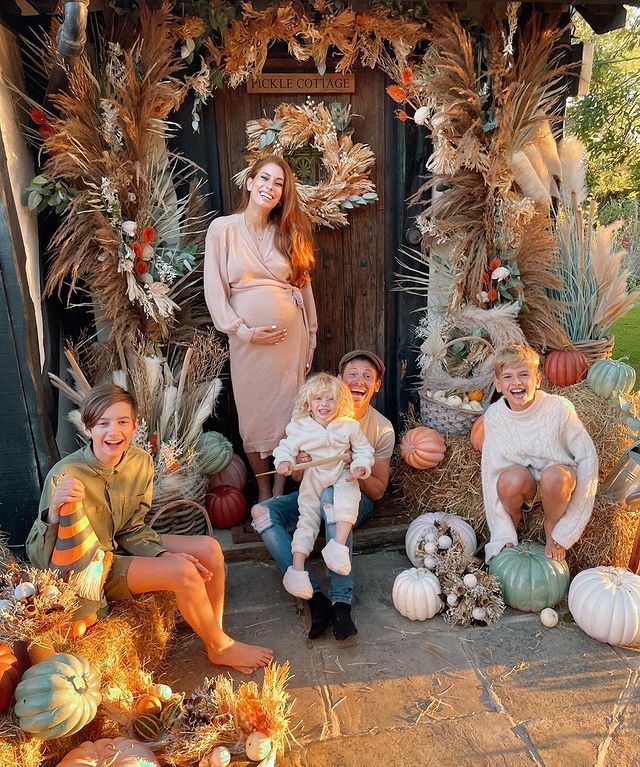